If the protest sign can be considered a literary genre, a subgenre has been emerging: the protest sign that communicates how little the person holding it wants to be there. “So Bad Even Introverts Are Here” is a new classic, but videos and snaps of recent demonstrations also show signs bearing sentiments such as “I Hate Crowds” and “My Arms Are Tired.” Some convey testiness – “I Don’t Have Time For This" – others a nonplussed diffidence – “Not Usually a Sign Guy But Geez.” Some people seem to genuinely enjoy protests; then there are the rest of us.

This past week, members of Extinction Rebellion, a climate-crisis protest group founded in Britain in 2018, kicked off two weeks of disruptive action in more than 60 cities worldwide, including London, Sydney, New York and Amsterdam. Thirty people, including a former senator, were arrested in Sydney; 100 in Amsterdam; at least 20 in New York. Canadian chapters shut down bridges in Toronto, Halifax, Kitchener, Vancouver, Montreal, Edmonton and Victoria. Police arrested three Montrealers for scaling the Jacques Cartier bridge; 20 protesters were arrested for blocking Toronto’s Bloor Viaduct. I volunteered at the Toronto protest, carrying a first-aid kit as well as several bottles of Milk of Magnesia and water – for washing out people’s eyes in case the police used pepper spray.

I genuinely hate protesting. I’m a writer, and we are not known for our joiner mentality. “I don’t do activism because I find chanting slogans and carrying signs deeply dehumanizing,” a writer friend texted me recently. To make matters worse, I’m a poet – my natural habitat is a tubercular garret, or at least a cubicle at the library. But I have been having nightmares about the rapidly degrading planet. I am afraid of resource wars and further militarized borders to keep out the estimated 143 million people who will be forced out of their homes in the next 30 years by food scarcity, drought and rising sea levels. Climate refugees are already on the move. Most are people of colour from poor countries and regions – the people least to blame for the crisis. There are individual actions that could mitigate the worst outcomes, such as avoiding meat and air travel. I do these things. But it’s not enough.

Why is protesting such an uncomfortable enterprise? It may be because a protest is a perfect storm of social awkwardness: It’s where the tidal waves of conformity and nonconformism smash into each other. A certain type of stylized group behaviour is expected – you are supposed to wave signs and chant slogans with the others. There are logos and emblems you are supposed to wear. At the same time, you are doing something markedly different from the bystanders who watch from the road, something that departs from ordinary behaviour in society at large. It’s embarrassing.

This gets at what Jonathan Matthew Smucker, the author of a popular handbook for social movements, calls the political identity paradox: To motivate a core group of people to commit to organizing and carrying out a set of actions that could have real consequences (being arrested or being gassed), a movement needs a strong core of cohesive identity. However, this means social movements can quickly become subcultures, with a sense of group identity so strong that other people feel alienated.

Environmental activism doesn’t appeal to some people because it has tended to be very white and upper-class and often elides the contributions of Indigenous movements. As a subculture, it has a further embedded paradox: It’s alienating in its familiarity because it draws so heavily on protest music of the 1960s. This week, as the police zipped around in yellow raincoats on sporty bikes, in front of the more sombre line of RCMP officers in protective helmets, sitting on impassive horses, it took hours between the announcement that anyone remaining on the bridge would be arrested and the actual arrests. Long enough for A Hard Rain’s a-Gonna Fall; for Give Peace a Chance; for, ironically enough, The Times They Are a-Changin’. “This must be the new Taylor Swift,” I heard someone joke, as We Shall Not Be Moved started up again.

The arrests themselves were moving to watch. White-haired older ladies walked with dignity to the waiting van. Younger men and women refused to stand up, so police took hold of their arms and legs and carried them away. Watching police put their hands on her friend, a woman in the crowd started crying and hyperventilating.

For reluctant protesters, the key to participating might be in a reminder Mr. Smucker posted on the website Beautiful Trouble: Protest, he writes, “is what you are doing; it is not your identity.” The desire to see wide-ranging change to address the environmental disaster we are facing doesn’t have to be synonymous with liking a certain set of songs or symbols. It’s possible to ride a bicycle and not identify with cycling culture. You can play the occasional video game without identifying as a gamer. Concern about the climate crisis is not limited to a specific group of people. It’s the opposite of Groucho Marx’s rhetorical club: No one wants to be in it, but sooner or later we will all be members. 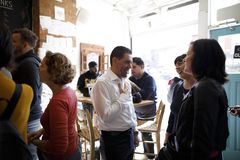 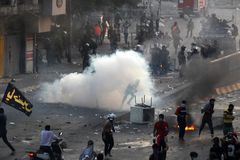 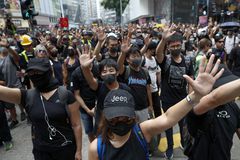