In fact, patients who spend any length of time in hospital come to suffer what is commonly called “PJ paralysis,” an overwhelming sense of lethargy that results from them lying in bed all day, doing nothing.

The idea was for nurses and care aides to help patients who were able get out of bed and dressed in their day clothes. The campaign, which lasted 70 days (it was one of many initiatives for the 70th anniversary of the National Health Service), aimed to get patients up and moving for the equivalent of one million days.

The campaign fell a bit short – hitting only 710,000 patient-days, but the good news is the approach has become a gold standard of care in English hospitals, and the idea has spread around the world, fuelled by the viral hash tag #EndPJParalysis.

Alberta Health Services is the latest to embrace the idea. In hospitals in Calgary, Edmonton and elsewhere in the province, there are posters that read: “Pajamas say you’re unwell – clothes say you’re better.”

The voluntary initiative for staff, patients and their families seems cutesy on the surface, but draws attention to some grim realities.

Prolonged bed rest, which was once the norm, is an old-fashioned, out-of-date idea. Day surgeries are now commonplace; going home the day you give birth (rather than spending a week in bed) is normal. Even patients who undergo massive operations like heart transplants, get up and moving a bit within hours.

Yet, overall, hospitalized patients are still immobile about 90 per cent of the time. That is bad for their physical and mental health.

Research done on PJ paralysis in Britain found that the simple act of getting dressed daily speeds up recovery. Patients who got into their street clothes had lower rates of infection, pressure ulcers (known commonly as bedsores) and falls, and were discharged, on average, 1.5 days earlier.

In a health system such as Canada’s, where hospitals are chronically at over-capacity, all that can make a difference. But it is the benefit to individual patients that really matters.

Consider that during a 10-day hospital stay, an elderly person can lose 10 per cent of their muscle mass – that’s the equivalent of 10 years of aging.

Falls, which can be deadly, particularly for the frail elderly, are far too common in hospitals. But, paradoxically, the way to prevent falls is to ensure patients get out of bed often. At Salford Royal Hospital in Britain, the End PJ Paralysis campaign resulted in the number of falls dropping to two a month from 12 a month.

Similarly, bedsores fell sharply among patients who got dressed daily. Bedsores are one of the most painful conditions, and the infections patients contract often lead to a spiralling downward, and they are extremely costly to treat – more than $1.1-billion in Canada annually.

Almost two-thirds of people who are hospitalized are over the age of 65. Canada also has thousands of “alternate level of care” patients who live in hospitals because they have nowhere else to go.

The deconditioning they experience in hospital can literally be deadly. Lying in bed for long periods of time can quickly lead to patients losing the ability to carry out routine activities of daily living like toileting, bathing, getting out of bed and getting dressed.

Learned helplessness should not be a symptom of a hospitalization.

Helping people get dressed, getting them out of their sickness uniform, can enhance their sense of dignity, safety, and prepare them to leave hospital for home. We should not pretend this is easy. Getting people dressed requires a lot of time from already-overworked nurses and personal support workers.

An important lesson to retain from Britain’s End PJ Paralysis campaign is that getting people dressed is just part of the solution. Once they are dressed, there need to be activities, group meals, visits from therapy animals – in other words, there needs to be a reason to get up and about.

That requires investment in programs and staffing and, above all, it requires a different mindset. And few things are more difficult than changing hospital culture, no matter how good it is for patients.

Opinion
How do we care for mentally-ill criminals? Subscriber content
March 4, 2019 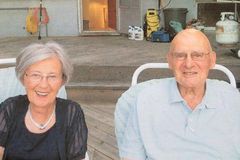 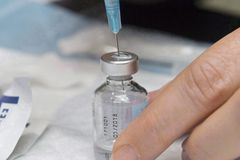 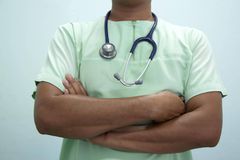