Benjamin Berger is a professor at Osgoode Hall Law School, York University, and the incoming York Research Chair in Pluralism and Public Law.

This week, legislative hearings continued on the Quebec government’s controversial Bill 21, “an Act respecting the laicity of the State." With the stated goal of ensuring religious neutrality and the separation of the state and religion, the bill would ban certain public officials from wearing religious symbols and would require those providing and seeking certain government services to do so with their face uncovered. The hearings have seen full-throated defences of the bill, as well as passionate arguments rightly pointing out that the proposed legislation is baldly discriminatory and erodes religious freedom.

All watching this legislative process unfold should, however, be aware of one clear fact: Bill 21 is destined to fail.

I am not suggesting that the bill will not become law. The Coalition Avenir Québec (CAQ)’s commitment to the legislation, and the support for it from several quarters, makes its adoption virtually inevitable.

Nor am I referring to the question of whether the CAQ’s attempt to insulate the bill from the Charter of Rights and Freedoms through invocation of Section 33 – the notwithstanding clause – will succeed, although I believe that there are good legal reasons to question whether it will.

Instead, the bill is destined to fail because it cannot deliver on its central promise to Quebeckers: that it will promote state neutrality in respect of religion and advance the separation of religion and the state.

It will fail in this way for two reasons. First, one cannot advance religious neutrality through the creation of a legal regime that targets specific religions or particular ways of being religious. Yet that is precisely what this legislation does. The ban on religious symbols is not aimed at religion at large. Instead, it singles out and regulates particular religions, irrespective of the fairness, civic-mindedness and commitment to equality that an individual in question brings to her public role.

Quebeckers will be affected by this law on the sole basis of whether or not they adhere to a religious tradition that involves some outward display of their identity. That means, for example, that most Christians in public roles will be unaffected; by contrast, many Muslims and Sikhs will be. This satisfies no defensible understanding of the religious neutrality of the state.

This points to the second way in which the bill is bound to fail: Rather than creating space between religion and the state, it requires the state to become intimately involved in religious matters and to ask and answer religious questions.

This is, in part, because it involves the state in drawing distinctions between forms of religion – those that are publicly acceptable and those that are not. But in addition to this, in order to interpret and enforce this law, the government will have to distinguish religious from non-religious symbols. Yet no symbols are religious on their face. They take their meaning from the practices, beliefs and traditions of individuals and communities.

Far from distancing the state from religion, this bill will require the state to get up close and personal with those traditions and practices, to understand and interpret them, and ultimately to take positions on the religious character (or not) of a given piece of clothing or a given symbol. (Is this particular headscarf a religious symbol or just a piece of clothing? Both? How will the government decide?)

This is a feature of approaches to secularism such as that involved in Bill 21. Unlike approaches that focus on equality and the gifts of pluralism, the attempt to remove religion from the public sphere inexorably puts the state up to its elbows in matters of religion.

Bill 21 cannot sustain the weight of its internal contradictions. It is built to fail. Inasmuch as the CAQ is peddling the promise of a religiously neutral state that is separated from religion, with Bill 21, it is selling a bill of goods. 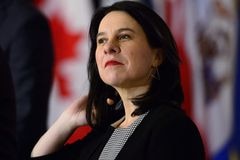 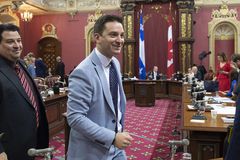