Yaqiu Wang is a China researcher at Human Rights Watch

On the surface, it seems that many people from China living in Canada do not shy away from voicing their political opinions. This month, at McMaster University, a Chinese student group issued a statement condemning a Uyghur activist’s speech at the university that criticized the Chinese government’s treatment of the Uyghur minority in China. At the University of Toronto, Chinese students signed a petition protesting the election of a Tibetan student who supports greater freedom for Tibetans in China to be student union president. And since December, many Chinese immigrants in Vancouver have taken to the streets to protest the Canadian authorities’ arrest of Huawei executive Meng Wanzhou.

But this fervent “patriotism” – the motivation behind the petitions and protests cited by many of the participants – is only part of the story. When their political opinions run afoul of the positions of the Chinese government, it appears Chinese immigrants in Canada feel compelled to hold their tongues.

Over the course of the past eight months, I interviewed dozens of Chinese immigrants in Canada from various backgrounds for a Human Rights Watch report on the Chinese government’s activities undermining human-rights abroad. Many expressed deep fear of the Chinese government, saying that while they are outraged by the human-rights abuses in China, they worry that if they criticize the government openly, their job prospects, business opportunities and chances of going back to China would be affected or that their family members who remain in China would be in danger.

A student at the University of British Columbia told me that during a public talk on environmental issues in China at the university, she did not dare to ask the speaker questions because she was afraid there were Chinese government agents watching. Several interviewees told me that they had chosen not to attend events in Canada commemorating the Tiananmen Square massacre because they feared the presence of Chinese agents. A Toronto-based journalist said she stopped writing stories critical of the Chinese government ever since Chinese police harassed her China-based parents seven years ago. A businessman in B.C. decided not to meet me an hour before our scheduled interview because he could not be sure of my intention, worrying that I was sent by the Chinese government.

My interviewees’ fears are justified. Despite the Chinese government’s repeated claims that it protects free speech, authorities have harassed its critics on foreign soil, banned them from entering China, detained them when they did, abducted them from abroad or harassed or detained their family members in China. In 2002, Chinese agents abducted Canada-based democracy activist Wang Bingzhang in Vietnam, brought him back to China and sentenced him to life in prison. Chinese police have continually harassed the China-based family members of Canadian human rights activist Anastasia Lin, banning them from travelling abroad and threatening to persecute them “like in the Cultural Revolution.”

More often, Chinese authorities resort to less discernible, insidious ways to punish those in the diaspora who are outspoken. Chinese officials have demanded that businesses stop advertising in critical overseas Chinese-language newspapers and put pressure on other Chinese-language news media outlets to drop journalists and columnists for their hard-hitting reporting. Beijing has cowed international commercial giants such as Air Canada and Mercedes-Benz into adhering to its political positions on Taiwan and Tibet. One can imagine the influence it exerts on smaller Chinese immigrant-run businesses.

The news media give the impression that Chinese people living in Canada wave the Chinese national flag at demonstrations and parrot Chinese Communist Party propaganda. But one should keep in mind that many live in silent fear, struggling with guilt for failing to speak up for the sufferings of those inside China. Most of my interviewees said they had not spoken to Canadian authorities about Chinese government harassment or their concerns about it, thinking that it would not be helpful to their plight and could lead to further repercussions if the Chinese government found out about it.

If Canadian leaders want to claim the mantle of diversity and free speech as a country of immigrants, it is imperative that they learn from the recent McMaster University and University of Toronto experiences. They should monitor and actively respond to Chinese government-backed harassment and intimidation, and meet regularly with communities and individuals who might be reluctant to come forward. It is a powerful statement that Canadian authorities now have to worry about threats from Beijing to Canadian citizens in Canada, but a failure to address the problem will only allow it to spread. 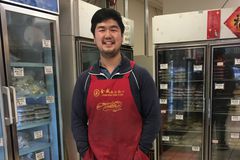 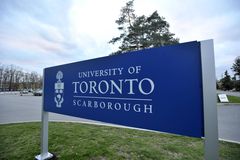 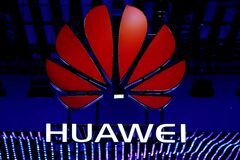