Kevin Patterson is a physician and novelist. He practises general internal and critical care medicine on Vancouver Island and on the west coast of Hudson Bay.

“In Heaven there are no debts – all have been paid, one way or another – but in Hell there’s nothing but debts, and a great deal of payment is exacted, though you can’t ever get all paid up. You have to pay, and pay, and keep on paying. So Hell is like an infernal maxed-out credit card that multiplies the charges endlessly.” – Margaret Atwood, Payback: Debt and the Shadow Side of Wealth

One of the mysterious things about the way we live now is that in an era of low unemployment, rapidly declining crime rates and overall brisk economic growth, we experience so little ease. Viewed from a distance, this is a pretty good time. Yet unease prevails, and the unprecedented rates of anxiety and depression among young people highlight the point. Dark energies seem to be at work, each in its turn agitating and paralyzing more of us than seems explicable.

The Canadian Medical Association recently examined the mental health of its own members. It published its National Physician Health Survey last week and highlighted the intense and disproportionate stress experienced by young physicians and those in training.

The survey found that a shocking 27 per cent report suicidal ideation at some point in their training, with 15 per cent of trainees reporting this in the past 12 months. This is almost twice the level seen among practising physicians. Furthermore, when medical students begin their training, they report symptoms of mental illness at similar or lower rates than non-medical peers; but by the time they are residents, according to the survey, 48 per cent screened positive for symptoms of depression.

This data is notable because, on some level, it is counterintuitive. Physicians are among the most privileged and fortunate in our society, enjoying generous compensation, meaningful and stimulating work, job security and social approbation. On shows such as Grey’s Anatomy, The Good Doctor, The Resident and Scrubs, doctors – especially young doctors – capture the imagination of television writers because they are seen to work at the intersection of wonderful science and intense empathy. What could possibly be more interesting than that?

The competition to get into medical school in Canada is intense – and for good reasons. It is fascinating work and it matters. If the young women and men entering the profession, some of the luckiest among us, despair so often and so deeply, what does that suggest about how the profession and our society are structured?

These levels of depression and stress among physicians in training are being reported despite the fact that, in the past decades, there has been real moderation in the previously abusive workloads expected of resident physicians. There has also been a distinct movement away from the culture of bullying and intimidation that sometimes prevailed. Concern for trainee well-being has never been higher, and yet many are struggling. Why?

One answer is that, while we live in a time of unprecedented prosperity, we also live in a time of increasing disparity in wealth and power distribution. The inequity gradient runs largely along generational lines. The remuneration of entry-level jobs that once put millions of young people through university has not increased, when adjusted for inflation, in 30 years.

Current housing costs in cities with medical schools hardly bear discussion. For the boomers, it has been boom times since they bought into the market for the cost of a new VW microbus or two.

Meanwhile, annual tuition and fees have increased dramatically; for the medical students I work with, they total a little more than $20,000 a year, up tenfold since 1990. The skyrocketing tuitions are largely the consequence of the governments boomers have elected contributing a steadily diminishing share of the cost of postsecondary education – from more than 80 per cent in 1976 to less than 50 per cent today. This has been done as government spending on health care for older adults has increased quickly, while tax rates have been lowered. No government sensitive to the mood of the boomers – which is any government interested in staying in power – will ever propose that they pay off the resulting deficits.

One consequence of these trends is that the personal debt accumulated by today’s medical trainees in the decade or more they are studying can be enormous – $100,000 to $200,000 is not uncommon among the senior residents I work with. And debt has a corrosive and persistent way of plaguing one’s thoughts. No one thinks more about money, and more anxiously, than those who have none. A 35-year-old mother hundreds of thousands of dollars in the red, sleeplessly contemplating another maternity leave, comes to viscerally understand the power of compound interest.

In medicine, as elsewhere, financial arrangements illuminate power structures, and in examining them, it becomes clear how the young are exploited by the senior and the established. Quaternary-care hospitals – those with the full complement of medical and surgical sub-specialists, and those equipped to treat the sickest and most complex patients – could not function without residents. Residents staff most intensive-care units at night and do most of the work involved in admissions and discharges and daily rounds on medical and surgical units. They are paid little for the level of responsibility they carry – a pittance, actually, if calculated on an hourly basis.

If working in the fee-for-service environment, their supervisors are paid for the work residents do as if they were doing it themselves. Senior physicians have enormous power over who is offered fellowships and employment after their training, so the ability of residents to challenge these arrangements is limited by practicalities. Besides, in a few years they will be finished their training and able to work in private practice, away from these vexations – or better yet, will become the beneficiary of them.

These matters should be of interest to the public for several reasons. The levels of depression and burnout suggested by the CMA survey are a concern to anyone who cares for these women and men and to anyone cared for by them. Over the long term, putting young physicians in training through such financial stress surely increases their interest in maximizing their income early in their careers. A young physician with such concerns may well be drawn toward higher-paying specialties, most of which are not in short supply, and away from specialties such as family practice and psychiatry, which pay less and are terribly understaffed.

Every time remuneration for physicians is negotiated, one of the arguments made for paying doctors more is the debt they incurred in the course of their training – although the most senior physicians probably did not incur debt at these levels and benefit the most from pay hikes. But young doctors will be less likely to temper the avarice of their seniors until they have addressed their own debts. And by that point, they may no longer be young.

But there is a much more important insight available in this. Physicians are among society’s elite, and their treatment of their younger colleagues illustrates the attitude of the elite and the powerful more broadly toward the young. When in conflict, in almost every instance, the interests of the young today will be sacrificed for those of the old. Power will be accrued and not released, while debt will be accrued but not paid.

This has not always been the case. Other generations have resolved to leave their successors happier and more prosperous, with their environmental and financial obligations met, to the extent that they understood them and were able to do so. This is a different era; the dark forces sullying our overall prosperity are the maldistribution of that wealth and of wealth’s proxy, power.

Maybe young physicians despair for exactly the same reason that young people generally report unprecedented levels of anxiety and depression: the people who are supposed to be nurturing them.

Opinion
The danger of water is another hurdle for the poor to overcome
June 8, 2018 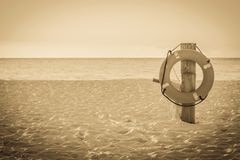 Opinion
Out in the cold: What the TB crisis in Nunavut reveals about Canada
March 29, 2018 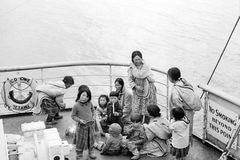