I heard about a puzzling trend recently. Apparently clinics working with children with gender dysphoria issues were seeing a sudden surge of adolescent girls who identified as boys.

In Britain, one well-known gender clinic reports that the majority of its adolescent population, once 50-50, is now overwhelmingly trans-male (female-to-male). What’s going on? Lisa Littman, a doctor and researcher at Brown University, decided to find out. But these are shark-infested waters, as she discovered the hard way. After she published her results, activists released a barrage of protest on social media, and the university quickly distanced itself from her findings.

Dr. Littman describes the condition experienced by these girls as “rapid-onset gender dysphoria" (ROGD). It develops during or soon after puberty and mainly affects girls with no previous signs of childhood gender dysphoria . According to the study, parents say that many girls do have a history of mental illness, and some are on the autism spectrum. The most controversial element of Dr. Littman’s research is her claim that ROGD spreads via social and peer contagion. While the incidence of gender dysphoria in the general population is quite low – less than 1 per cent – it’s not uncommon for two or more girls in the same friendship group – or even half of them – to begin to identify as transgender. ROGD also spreads by social media according to Dr. Littman; some parents describe their daughters binge-watching YouTube transition videos. “It is plausible that online content may encourage vulnerable individuals to believe that nonspecific symptoms and vague feelings should be interpreted as gender dysphoria stemming from a transgender condition,” Dr Littman writes in her research article.

Female-to-male transition is a serious business. Girls decide to wear male clothes, cut their hair, change their names, bind their breasts, contemplate mastectomies, want testosterone treatment, and alter their fertility. Even so, Dr. Littman found, most of the clinicians they saw “did not explore issues of mental health, previous trauma, or any alternative causes of gender dysphoria before proceeding." Dr. Littman also notes that some were "offered prescriptions for puberty blockers or cross-sex hormones during their first visit.”

The obvious parallel to ROGD, as Dr. Littman points out, is anorexia – an eating disorder that often affects high-achieving, upper-middle-class teenage girls, spreads via the internet, distorts their body images and leads them to self-harm. So it’s no wonder that trans activists would be furious at the comparison. To them, transition isn't the problem, it's the answer. They charge that ROGD doesn’t exist, and that the research paper has serious problems with its methodology. (The paper, which doesn’t claim to be definitive, can best be described as a preliminary survey.) Under intense pressure, the school and the scientific journal promptly responded by cutting Dr. Littman off at the knees. PLOS One, the journal that peer-reviewed and published the study, now says it will review it – a step that is virtually unheard of. Brown University withdrew the press release promoting the paper from its website. The dean of the school of public health issued an open statement citing concerns that the study’s conclusions “could be used to discredit efforts to support transgender youth and invalidate the perspectives of members of the transgender community.”

Translation: If this research is politically inconvenient then we won’t support it.

Ray Blanchard thinks ROGD is real. Dr. Blanchard is a professor of psychiatry at the University of Toronto who spent many years working in a gender identity clinic. He says Dr. Littman’s problem is that she has challenged some sacred taboos. “The idea that social influences may be involved flies in the face of the ‘born that way’ or ‘you are who you say you are’ narrative, which calls, perhaps, for a different approach with regard to best clinical practice,” he said in an e-mail.

In other words: Just because a 14-year-old girl says she’s a male doesn’t always mean she’s going to feel that way next year. And in fact, Dr. Littman reports that many of these cases resolve within a couple of years.

Jeffrey Flier, a former dean of Harvard Medical School, believes this story raises a substantial issue of academic freedom. Academics must be able to conduct research on controversial issues with confidence that their institution won’t let them down. “Many papers face questions after they have been published which is well and proper … But that is not what has happened in regard to Dr. Littman, whose critics have not performed any systematic analysis of her findings, but seem principally motivated by ideological opposition to her conclusions.”

It seems obvious to me that what really matters here is kids, not ideologies. We need to figure out what’s right for them – even if some people aren’t going to like it.

Editor’s note: An earlier version of this article was not clear in stating that it was the parents' views that many girls with gender dysphoria issues have a history of mental illness. This version has been updated. 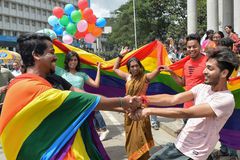 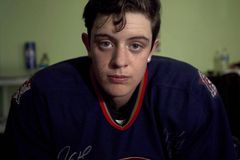