Rudyard Griffiths is chair of the Munk Debates. He moderated the 2015 Munk election debate on foreign policy.

Janice Gross Stein is the founding director of the Munk School of Global Affairs and Public Policy in Toronto and a member of the Munk Debates advisory board.

Election debates provide voters with those rare clarifying moments that are missing from the scripted campaigns orchestrated by the parties and their war rooms. Who can forget Brian Mulroney thundering his way to victory over John Turner in the 1984 federal election debate with his devastating one liner: “You had an option, sir.” Or Jack Layton’s 2011 surge in the polls after his cutting debate quip about Michael Ignatieff’s attendance in Parliament: "Most Canadians, if they don’t show up for work … don’t get a promotion.” And, in 2015, Justin Trudeau’s campaign caught fire with his clarion call for equal rights at the Munk Debate on foreign policy: “A Canadian is a Canadian is a Canadian.”

For the 2019 federal election, we are going to see an important and welcome experiment with election debates. For the first time, voters will have the opportunity to watch two debates overseen by a government-funded Leaders’ Debates Commission. It will help ensure two high-quality debates – one in English, one in French – in the run-up to the October election. They will feature, based on its inclusion criteria, four or more federal party leaders. They hold the promise, if properly executed, of providing a meaningful discussion of a broad basket of issues.

But why stop at just two leader debates? In 2015, there were five. Not only were there the standard French and English debates, voters were also able to see the leaders go deep in debates focusing on the economy and, separately, foreign policy. These debates were welcome innovations. Voters had more opportunity to watch their leaders grapple in a sustained way with the big issues facing Canada, stripped of the campaign trail’s safety net of photo-ops, canned speeches and friendly partisan crowds. More debates are good for our democracy.

Many of our long-standing assumptions about how we can advance our interests and values in the world are being challenged. And while our ambition is to work to enable and sustain a safer, more prosperous and more just world is steadfast, we are struggling, like many other countries, to navigate an increasingly chaotic, multipolar world. Our next government will need to retrofit a foreign policy for a world that few Canadians expected to see.

If there ever was a moment for an election debate on foreign policy, that time is now. Voters want to know how our political leaders will deal with the global challenges that directly affect Canada’s prosperity, security and values. How do we protect our economy that depends on trade when U.S. President Donald Trump has weaponized trade and challenged its basic rules? How do we navigate the growing conflict between China and the United States at a time when two of our citizens are being held hostage to that great power rivalry?

As a nation with limited military and economic resources, how do we redesign our foreign policy to fit a world rife with populism, nationalism, illiberal democracies, authoritarianism and unprecedented numbers of refugees and immigrants seeking a better way of life? And, how do we manage the overwhelming challenge of climate change?

These are tough questions that can’t be answered in tweets and sound bites.

This is why we need an election debate that focuses exclusively on Canada’s foreign policy. Canadians sense that the world is changing and becoming less hospitable to the values we hold dear. They want to hear their leaders go deep on how Canada should respond to the complex global challenges that Canada now faces and that will shape the future of this country.

The Munk Debates have set the stage at Roy Thomson Hall in Toronto. All we need now is for the leaders of the four major parties to accept our invitation.

Find more information on the Munk Debates call for a leaders’ debate here. 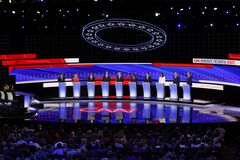 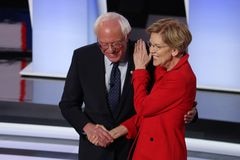 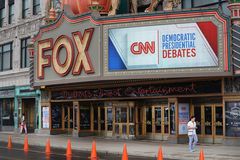