Among the issues that were problematic for the federal Conservatives in the last election, climate change was near the top.

It was generally agreed that Andrew Scheer’s plan to reduce greenhouse gas emissions was no such thing. There was about as much chance a Scheer government would meet the reduction targets Canada has committed to under the Paris agreement as there was of him showing up shirtless to a Pride parade.

You would think, then, that climate might play a more front-and-centre role among those seeking to replace Mr. Scheer as party leader, but that has hardly been the case.

Several of the candidates in the race have said they will continue to oppose the carbon tax. This is despite yet another report this week from the federal Parliamentary Budget Officer indicating Canadians will come out ahead in those provinces where the tax (and rebate program) has been introduced.

Purported front-runner Peter MacKay seems to be reading from the Scheer playbook, calling the Paris goals “aspirational.” He subscribes to the view that Canada is not, in the grand scheme of things, a major polluter – even though we produce 1.6 per cent of the world’s carbon emissions but make up only 0.5 per cent of the planet’s population.

Mr. MacKay and the other candidates have talked about research breakthroughs being the saviour of our climate ambitions, even though it’s nearly impossible to come up with a model that would reliably predict how much a country would reduce its emissions based on technology that, in some cases, is still unproven.

So why, then, the relative indifference among Conservative leadership hopefuls on this matter? It’s because this group is trying to win over the party base, not the nation as a whole. And if you’re trying to get elected as leader of the Conservatives, you do not speak too loudly or forcefully about climate change.

Greg Lyle, president of Innovative Research Group, has looked into this area a bit. He tracked questions around climate change over the past few years to see where supporters in the various parties stand on aspects of the debate.

Take carbon pricing, for instance. Mr. Lyle asked his survey participants if they felt carbon pricing was just another tax grab. In December, 2018, 42 per cent polled said yes. By October, 2019, that number had grown to 45 per cent. So the Conservative attacks on the tax worked.

Here’s another example: Innovative asked what people felt about the climate-change plan that the Conservatives took into the last election. Not surprisingly, 47 per cent felt it didn’t go far enough, while 42 per cent said it either went too far or struck the right balance. When the response was broken down, it turned out 71 per cent of the Conservative base felt the party’s do-nothing plan struck the right balance.

That number alone tells you everything you need to know about why candidates are reluctant to push any climate agenda that might actually be effective in reducing emissions. The ultimate winner has to convince the party faithful in provinces like Alberta and Saskatchewan that he or she can be trusted to do the right thing when it comes to resource development.

The Conservative candidates also would likely take heart with other findings Mr. Lyle uncovered. A majority – 53 per cent – believe it’s “critical” to responsibly develop our oil and gas resources while we can. Almost 70 per cent of those were supporters of the Conservatives.

While the strategy around climate for the leadership race is one thing, it could well become something else entirely in the months that follow − at least if the Conservatives hope to expand beyond their base of support to get enough votes to form government.

The country’s climate program has to ramp up if we’re going to have any hope of meeting our Paris emission goals. There would seem to be an obvious opening for the Conservatives around renewables, something in which Canada could become a world leader.

The hard part will be explaining why the leader campaigned for the job on one set of promises, while heading into an election on an environmental platform that is quite different.

Four in 10 Canadians say country is on the right track under Justin Trudeau, poll shows
February 4, 2020 Conservative MP apologizes for asking NDP MP if she considered being a sex worker
February 4, 2020 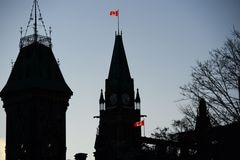 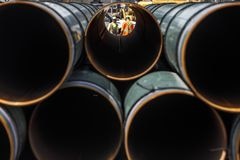