The vivid revelations of sexual abuse by pop star Michael Jackson – unproven in court, but hauntingly recounted by survivors in a recent documentary and an Oprah Winfrey special – have raised once again that thorny question: Can you still enjoy the art or wisdom of someone who is alleged to have done evil?

Mr. Jackson’s family vehemently denies any wrongdoing at his objectively creepy Neverland estate, complete with its youth-chasing Peter Pan themes. The estate is vilifying the young men who have come forward with their stories of seduction, grooming and worse, which go back to 1993. We may never know exactly what happened on those 2,800 acres near Los Olivos, Calif., and Dan Reed’s documentary Leaving Neverland reprises old rumours, but cannot definitively prove them beyond the first-person accounts.

Three major Quebec radio stations, the BBC, Norwegian radio and at least one Dutch outlet have now boycotted MJ’s music in the wake of this recent publicity. Others are sure to follow. Many former fans are likewise sickened and censorious, and indisputably, the King of Pop has had his crown knocked down. It wasn’t so long ago, of course, that Mr. Jackson held his infant son over a balcony in Berlin, apparently one step away from dropping Prince Michael II onto the pavement below. But the pressing question now is whether Mr. Jackson’s work is irredeemably tainted – and whether we can ever listen to his music innocently again.

Everyone must make their own calls on this. Personally, I find it easy to separate the man from his music. I will go to my grave loving the Motown-era Jackson Five versions of I Want You Back and ABC, with Little Michael in angel-voiced glory. And the 1983 Motown Special performance riveted my world with a new Michael, complete with the game-changing moonwalk.

The grimmest of tales: In new HBO Michael Jackson documentary Leaving Neverland, testimony that the star was an abuser

Still, that doesn’t settle the basic question. For many decades, we have been confronted by artists whose views and actions seem to undermine their best achievements, and there are even websites devoted to rating their misdeeds, because of course there are. There is a rogues’ gallery of racists and anti-Semites in the Western arts and culture canon: Ezra Pound, Virginia Woolf, Patricia Highsmith, T.S. Eliot, Flannery O’Connor, H.P. Lovecraft, Dr. Seuss (!). There are misogynists and alleged wife-murderers: William S. Burroughs, Norman Mailer, Louis Althusser. There are actual charged murderers: Caravaggio and Phil Spector, for example. And there are, of course, many very bad husbands and wives: Charles Dickens, Pablo Picasso, Woolf again, Ernest Hemingway, F. Scott Fitzgerald (a drunk as well) and so on. And there is the going concern of Woody Allen, who continues to work despite the allegations of sexual abuse against him.

As critic Charles McGrath said, “Genet was a thief, Rimbaud was a smuggler, Byron committed incest, Flaubert paid for sex with boys.” So are you going to give up reading them all because of moral censure? That would, at the very least, limit your literary range. Explaining away racism, anti-Semitism or misogyny as a “feature of the time” is little better, a mealy-mouthed apology.

So the best way forward is just to bite the bullet on bad behaviour. In philosophy, the special case is Martin Heidegger, the phenomenologist who revolutionized German philosophy in the 1920s with his monumental book Being and Time, and continued to influence the discourse after the Second World War with dense essays on art, poetry and technology. The problem is that, from the 1930s on, Heidegger aligned himself solidly and publicly with the Nazi Party. His 1933 Rector’s Speech at the University of Freiburg is an uncommonly clear defence of the authoritarian status of Adolf Hitler, and of the subservient role universities must assume under a Nazi regime. It is an indefensible, shameful performance: craven, arrogant, pretentious, and slick all at once. Heidegger worked to destroy his Jewish former mentor, Edmund Husserl, and maltreated his secret Jewish lover, Hannah Arendt.

What a world-class creep! And still I recommend that my students read Heidegger. Why? Because the man is the instrument, not the hand. I assign his work in almost every class I teach, because his insight is indisputable. I never play down the Nazi proclivities, or how they are joined to deeper thoughts about Earth and world, beauty and truth. He was a terrible man, but a great philosopher.

That is how it rolls here on planet Earth. Human beings are flawed, sometimes terrible creatures. And yet they can, under the right circumstances, commune with the sublime. I don’t know how that is possible, but it is. Don’t turn off the music, friends: Just turn on the awareness. 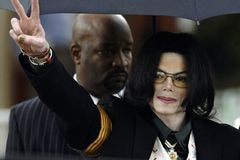