Like all wars, the global battle against COVID-19 has given way to damaging disinformation, propaganda and conspiracy theories. It’s bad enough that spotty data and testing have compromised the fight. COVID-19 has become the focus of what European Union High Representative for Foreign Affairs Josep Borrell last week labelled “a battle of narratives.”

“We must be aware that there is a geopolitical component, including a struggle for influence through spinning and the ‘politics of generosity,’” Mr. Borrell wrote, as equipment donated by China arrived in Italy. “Armed with the facts, we need to defend Europe against its detractors."

No one should be surprised by attempts by the Communist government in Beijing to change the narrative. As experts traced the likely origin of the coronavirus outbreak to a wet market in Wuhan where live, wild-caught animals were being sold for food or medicinal purposes, China stepped up its generosity toward European governments struggling with a surge in COVID-19 cases.

For weeks following the emergence of a mysterious pneumonia-like illness in Wuhan in December, Chinese President Xi Jinping’s government systematically suppressed information related to the outbreak. Li Wenliang, the doctor whose early warning messages to colleagues were leaked and widely shared, ringing the alarm bell about the disease, was interrogated by police in Wuhan and publicly censured by authorities. By the time Dr. Li died from COVID-19 on Feb. 7, however, the Chinese state’s cover had been blown.

The Chinese government’s first instinct has always been to hide the facts, especially if they reveal its own failures, so why would anyone believe the data coming out of China now on COVID-19? There is little doubt that the lockdowns imposed in late January in Wuhan and Hubei province helped stem the spread of the coronavirus. But official data on the overall number of COVID-19 cases and deaths in China must be interpreted with a healthy dose of skepticism.

The unreliability of Chinese data on COVID-19 makes for dicey comparisons with any other country. Even if you think U.S. President Donald Trump has done a horrible job managing this pandemic – alternating between denial, disinformation and denigration of Democratic state governors – his administration has still been more transparent than Mr. Xi’s. Testing caveats aside, the rest of the world can trust U.S. COVID-19 data. It can’t trust China’s.

Yet, when the number of confirmed COVID-19 cases in the United States officially surpassed China’s official count last week, critics of Mr. Trump in particular and the United States in general held up the numbers as proof of China’s superior response to the pandemic. “Who’s the shithole country now?” GQ Magazine contributor Julia Ioffe tweeted.

Republican Senator Marco Rubio was having none of it, tweeting: “Some in our media can’t contain their glee & delight in reporting that the U.S. has more #CoronaVirus cases than #China.... We have NO IDEA how many cases China really has, but without any doubt, it’s significantly more than [what] they admit to.”

Mr. Rubio undermined his message with his gratuitous attack on journalists. But his basic point about Chinese data was correct. Which is why, as the number of COVID-19 deaths in the United States soars past China’s official count, we shouldn’t let those who have lost their lives to this cruel disease become pawns in a propaganda war that dishonours them and their suffering.

By multiple accounts, the true number of COVID-19 deaths in China is several thousand more than the official figure of approximately 3,300 people. Reports of unusually long lineups this week outside crematoriums in Wuhan, as previously quarantined family members arrive to collect the ashes of deceased loved ones, suggest that the coronavirus death count in that city far surpasses the official number. But Chinese officials can’t or won’t risk telling the truth.

The Communist government owes its very legitimacy to persuading Chinese citizens that it does a better job than democratically elected administrations in protecting their interests. To that end, it has long inflated the country’s economic growth statistics and underreported its greenhouse-gas emissions. Why would anyone expect it to be straight about its own COVID-19 epidemic?

The suppression of COVID-19 data is just one element of a Chinese disinformation campaign unfolding on Western social media platforms that – surprise – are banned in China. Chinese diplomats have “tweeted lies that the Chinese government has been completely transparent throughout the crisis,” Republican members of Congress Ben Sasse and Mike Gallagher wrote last week in a letter urging Twitter to ban Chinese Communist officials from the platform.

It would take a lot more than that to stop China from doing, well, what China always does. 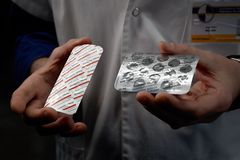 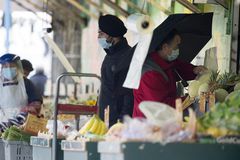 Opinion
Our health-care response to COVID-19 has not been perfect - but transparency is our strength
March 31, 2020 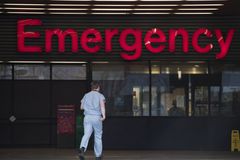