The grocery store meat aisle contains a dilemma: Canadians love beef, and it’s a huge industry here. The Canadian Cattlemen’s Association says it generated $8.9-billion dollars in 2018 and most of the meat stayed in the country. But we love the planet, too, and beef production is undeniably resource-intensive, one reason that consumption has been declining for years.

Things can get confusing though – industrial, mono-crop farming has stripped much of the world’s soil of carbon, which is essentially what makes it fertile. Research shows that smarter cattle-grazing techniques can actually help replenish that carbon, while also reintroducing diversity to grasslands.

So, is beef actually okay? Yes, but also no. It’s a good idea to offset the emissions nightmare of methane-heavy cow burps, and covering the world with cattle is still a bad idea.

In 2005, Manitoba’s Ryan Boyd partnered with his parents on their 2,000-acre farm. Early on, after a very expensive year battling bad weather, low prices and his own inexperience, he began looking for ways to diversify his risk. He decided to move away from the family’s long-time practice of mass-producing a small selection of grain crops and switch to what’s known as “regenerative agriculture."

“The idea is that sustainability is okay, but we can do better,” Mr. Boyd said. “As we improve our profitability, we can produce a healthy product and improve the natural ecosystem that we’re farming within.”

Put very simply, the regenerative philosophy eschews single-minded land use. Mr. Boyd decreased his grain acreage and increased his cattle herd, and began rotating animals, crops and other plants through his pastures. He also stopped tilling, a serious contributor to carbon loss.

Grazing cattle disturb the soil more gently, while dropping nutrient-rich manure. Rotation prevents overgrazing, since exposed soil is also a carbon problem. According to Mr. Boyd, an early 1900s study in western Manitoba found that soil there contained 12 per cent organic matter, one measure of carbon levels. Today, it’s around 4 per cent.

Mr. Boyd says he now has healthier animals and is spending less on fertilizer and irrigation. It’s clear why there’s a growing interest in regenerative techniques, including from big companies such as Danone and General Mills.

But Richard Waite, an associate in the food program at the Washington-based World Resources Institute, looks beyond individual farms, or even countries, to the global picture. Southern regions are developing the same ravenous taste for beef as Canada, the United States and other Western countries, and feeding more cows requires more pasture.

The result is devastating deforestation. “That’s where you get the huge carbon loss,” Mr. Waite said. He says this loss that can’t be outweighed by smarter grazing. It’s a serious problem in Brazil, where President Jair Bolsonaro seems to have declared war on the Amazon. But it’s happening in Canada, too: agriculture, not logging, is the biggest contributor to loss of forests here.

For Mr. Waite, the climate emergency makes sniping about whether plant-based burgers are better than grass-fed ones a waste of time. “It’s not either/or,” he said. “It’s both/and.”

Our beef budgets, though, should stay the same. Regenerative farming shows that not all grass-fed beef is created equal: How the grass itself is grown matters, too, and careful growing costs more. The only way to know is to ask a butcher or farmer – a “grass-fed” label is meaningless, because all cattle begin their lives eating grass.

Few beef cattle, though, are grass “finished.” Most spend the end of their lives being fattened on grain in feedlots, which some studies show is less healthy for them, us and the Earth.

Mr. Boyd’s beef is currently grain-finished, as he sells his meat to big packers that finish them on feedlots. They don’t pay a premium for his labour-intensive farming, and finishing animals himself on grass would cost even more.

Like other regenerative farmers he knows, he’d like to eventually sell directly to ecoconscious customers. Which is why Canadians need to pay more for beef, while also eating less of it. 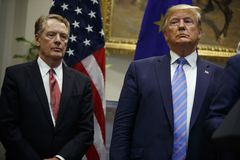 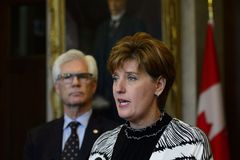