Timothy Caulfield is a Canada Research Chair in health law and policy at University of Alberta, and author of The Vaccination Picture (Penguin, 2017).

Can a genetic test really connect you with your lost heritage? Should you change your wardrobe based on what region of the globe your genes are from? Is there a lederhosen gene?

After what feels like a decade of hype and underwhelming sales, direct-to-consumer (DTC) genetic testing seems, for better or worse, to be finally taking off. In the hope of discovering more about themselves, millions of people have sent DNA-filled tubes of spit to commercial testing companies throughout the world.

While the promise of nebulous health benefits remains a core part of the DTC genetic-testing industry – one that has occupied much of the academic, media and policy debates about this industry – it is the interest in uncovering genetic ancestry that seems to be driving the recent growth. Indeed, it has been reported that AncestryDNA, the biggest player in the ancestry-testing space, has collected somewhere between six and seven million samples.

What do people hope to get from this testing? If you believe the marketing campaigns, you will, as AncestryDNA declares on their website, “discover what makes you uniquely you.” You will, as another DTC company suggests, discover more about your “DNA tribe.” And you will, as virtually every ancestry company promises in one way or another, learn about your “ethnic origins.”

I understand the interest in exploring family history. The results from these ancestry tests have produced many heartwarming stories about making new family connections. All wonderful. But the marketing associated with these products goes well beyond finding long-lost relatives. A consistent, underlying theme is that biological difference matters. These companies are selling a history that is largely rooted in biological variation, not culture or emotional connection. The clear message is that your genes are closely tied, at some intrinsic level, to who you are as a person.

Think I’m being too harsh? TV advertisements for these companies invite us to believe that uncovering your genetic heritage will bring you closer to neighbours with whom you share “ethnic” genes. (Because who wants to be friends with someone with completely foreign genes?) There is an advertisement that leverages Brexit angst by noting that “the average British person’s DNA is 60-per-cent European.” (Meaning, I suppose, that biology keeps Britain tied to the rest of the continent. Does that also mean it can be used to exclude?) Similarly, finding out that you have more genes from Scotland than from, say, Germany apparently means you should ditch your lederhosen and start wearing kilts – a sartorially and scientifically absurd idea.

This biology-matters perspective, which sales figures suggest people are embracing, is a significant step backward both scientifically and socially.

From a genetic point of view, all humans are remarkably similar. Indeed, when the Human Genome Project was completed in 2003 it was confirmed that the “three billion base pairs of genetic letters in humans [are] 99.9 per cent identical in every person.” There are, of course, genetic differences that occur more frequently in certain populations – lactose intolerance, for example, is more common in people from East Asia. And valuable research has explored the health significance of genetic variation. But there is simply no reason to think that your genes tell you something significant about your emotional connection to a particular cultural heritage. There isn’t a lederhosen gene.

More important, we shouldn’t forget that the concept of “race” is a biological fiction. The crude racial categories that we use today – black, white, Asian, etc. – were first formulated in 1735 by the Swedish scientist and master classifier Carl Linnaeus. While his racial categories have remained remarkably resilient to scientific debunking, there is almost universal agreement within the science community that they are largely biologically meaningless.

I am not blind to the science here. This isn’t some left-leaning, wishful-thinking exercise aimed at pushing a fanciful utopia devoid of any biological difference. There are, of course, genetic variations that roughly correlate to “racial” categories (such as the genes associated with lactose intolerance). But the idea that genetics reveals sharp demarcations that confirm our historic view of race is simply wrong. These categories are, as is often stated, social constructs. The role genes play in our lives is fantastically complex. As noted in a recent piece signed by 67 renowned researchers and scientists concerned about the biological reification of race, “these sorts of groups do not exist ‘in nature.’ They are made by human choice.”

To be fair, DTC ancestry companies do not use racial terminology, although phrases such as “DNA tribe” feel close. But as research I did with colleague Christen Rachul and others demonstrates, whenever biology is attached to a rough human-classification system (ancestry, ethnicity, etc.), the public, researchers and the media almost always gravitate back to the concept of race. In other words, the more we suggest that biological differences between groups matter – and that is exactly what these companies are suggesting – the more the archaic concept of race is perceived, at least by some, as being legitimate.

A 2014 study supports this concern. The researchers found that the messaging surrounding DTC ancestry testing reifies race as a biological reality and may, for example, “increase beliefs that whites and blacks are essentially different.” Other research found that media portrayals of genetic research that use racial terminology facilitated a belief in “essential racial differences” – which is, as already noted, not scientifically justified.

But not only is this messaging often inaccurate, it can have a less-than-constructive impact on public attitudes. Studies have found that an emphasis on genetic difference has the potential to (no surprise here) increase the likelihood of racist perspectives and decrease the perceived acceptability of policies aimed at addressing prejudice.

So, how we talk about race, ancestry and genetics clearly matters. A fascinating study from 2017 of 135 students highlights the degree to which this is so. Half the students were assigned to learn about genetics and the prevalence of genetic disease with the use of racial terminology. The other half of the students received the exact same curriculum without the racial terminology. After three months, it was found that the racial terminology group “grew in their belief that races differ in intelligence for genetic reasons” and “became significantly less interested in socializing across racial lines and less supportive of policies that reduce racial inequality in education.” Not good, obviously.

Some less-than-progressively-minded groups have already turned to ancestry testing as a way to prove their racial purity. White supremacists in the United States, for example, have embraced these services – often with ironic and pretty hilarious results.

But I am sure most of the people who use ancestry companies are not thinking about racial purity, the reification of race or anti-racism policies when they order their tests. And I understand that these tests are, for the vast majority of customers, providing what is essentially a bit of recreational science. In fact, I’ve had my ancestry mapped by 23andMe (I am, if you believe the initial results, almost 100-per-cent Irish – hence my love of Guinness). It was a fun process. Still, the messaging surrounding this industry has the potential to facilitate the spread and maintenance of scientifically inaccurate and socially harmful ideas about difference. In this era of heightened nationalism and populist exceptionalism, this seems the last thing we need right now.

I want to be clear: I’m not suggesting that people shouldn’t have access to this information. I also think it is wonderful to celebrate our heritage (pass me another Guinness, please). Nor am I saying that we should silence scientists or massage research results in the name of creating a more politically palatable message. My concern is about the spread of twisted science and inaccurate ideas about the significance of biological difference.

So, don’t believe the marketing. Your genes are only part of the infinitely complex puzzle that makes “you uniquely you.” If you feel a special connection to lederhosen, rock the lederhosen. No genes required. 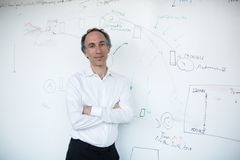 Opinion
I stopped talking to white people about race. Here’s what I learned
September 5, 2017 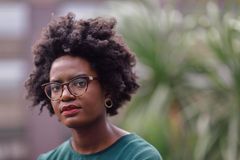