As Mr. Obama’s vice-president for eight years until 2017, Mr. Biden could generally be counted on to weigh in with potential downsides of pursuing policy proposals favoured by the president’s national security team. He typically lost the debate, but Mr. Obama appreciated “Joe’s willingness to buck the prevailing mood and ask tough questions.”

The 44th president, a neophyte in foreign policy, was especially happy to have someone at his side to deflect the advice of his secretary of state, Hillary Clinton, and Central Intelligence Agency chief Leon Panetta. “Their hawkish instincts and political backgrounds,” Mr. Obama writes, “left them perpetually wary of opposing any recommendation that came from the Pentagon.”

Not Mr. Biden. A veteran of the Senate, he came to regret his vote authorizing the 2003 invasion of Iraq. He opposed sending 30,000 U.S. troops to Afghanistan in late 2009, the signature foreign policy decision of Mr. Obama’s first year in office. The vice-president saw Afghanistan as “a dangerous quagmire” and feared generals at the Pentagon were trying to “box in” a new president. “Don’t let them jam you,” he told his boss.

Mr. Obama went ahead with the troop surge. But he was not happy about it. He had campaigned in 2008 on ending U.S. military entanglements abroad. He distinguished between George W. Bush’s “dumb war” in Iraq and his predecessor’s “good war” against the Taliban in Afghanistan. But he was eager to end both conflicts.

Facing re-election in 2012, Mr. Obama withdrew all U.S. troops from Iraq by the end of 2011. The move came back to haunt him when, by 2013, the Islamic State had captured vast territory in Iraq and Syria. Mr. Obama was forced to send more than 5,000 U.S. troops back to Iraq to combat IS. He fatefully declined to intervene in Syria.

Amid reports that President Donald Trump is preparing to withdraw most of the remaining U.S. troops from Iraq, Afghanistan and Somalia, Mr. Biden is likely to face a wrenching foreign policy decision as soon as he takes office in January. Mr. Trump’s own military advisers have said that any drawdown of U.S. troops remains premature, and would leave a void that terrorist groups would be quick to fill.

Is Mr. Trump setting a trap for the president-elect? If he does go ahead with the troop withdrawals, it would force Mr. Biden to take a clear stand on U.S. involvement in Iraq and Afghanistan from the first day of his presidency. Should he decide to reverse Mr. Trump’s move, as his own Pentagon officials would surely advise him to, Mr. Biden would effectively show himself to have been “boxed in” by the generals.

“It is past time to end the forever wars, which have cost the United States untold blood and treasure,” Mr. Biden wrote in the March edition of Foreign Affairs magazine, striking a common chord with Mr. Trump, who campaigned in 2016 on the same theme.

Unfortunately, Mr. Biden will face a hard enough time avoiding new wars, much less ending those already under way. The New York Times reported this week that Mr. Trump has been mulling a military strike against Iran in coming weeks.

The International Atomic Energy Agency last week said Iran has accumulated enough low-enriched uranium to produce two nuclear weapons, violating the terms of the 2015 agreement the country signed with the United States and other countries to limit its nuclear activities. Mr. Trump pulled the U.S. out of that agreement and reimposed stiff economic sanctions on Iran.

A U.S. military strike on Iranian nuclear facilities would undermine Mr. Biden’s hopes of bringing Iran back to the negotiating table, jettisoning a key plank of his foreign policy platform. “Tehran must return to strict compliance with the deal,” Mr. Biden wrote in March. “If it does so, I would rejoin the agreement and use our renewed commitment to diplomacy to work with our allies to strengthen and extend it, while more effectively pushing back against Iran’s other destabilizing activities.”

The new president will inevitably find himself torn between his soft-power preferences and the exercise of hard power that is often required to protect the national security interests of the United States and its allies.

“The triumph of democracy and liberalism over fascism and autocracy created the free world,” Mr. Biden wrote. "But this contest does not just define our past. It will define our future, as well.”

Mr. Biden campaigned on the promise to “once more have America lead the world.” We will soon find out if he meant it. 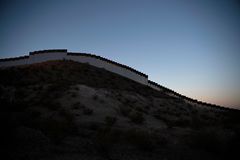 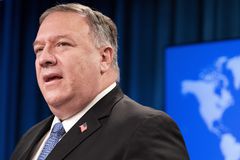