Amit Chakma is president and vice-chancellor at Western University

Members of Canada’s space community including academic and business leaders are currently engaged in an urgent dialogue that’s highlighting how the window may be closing on Canada’s opportunity to play a leadership role in the development of the global space economy, as well as the next steps in the exploration of space.

The impetus for this timely conversation is the nascent Lunar Gateway, an international project being co-ordinated by NASA that would empower human expansion across the solar system. In collaboration with public and private partners, the Lunar Gateway imagines the design and construction of a small station that would be sent into orbit around the moon within the next decade. From there, astronauts would build and test systems to advance lunar exploration, conduct a host of deep-space experiments, enhance satellite communications and stage future missions to more distant destinations including Mars.

Unlike the International Space Station that circles Earth a mere 400 kilometres away, the Lunar Gateway would orbit the moon more than 400,000 kilometres away. Such a feat will entail overcoming a plethora of scientific and technological challenges, particularly with regard to robotics and artificial intelligence – areas of proven Canadian strength.

Not surprisingly, industry leaders and university researchers across a wide range of disciplines see an undertaking of the Lunar Gateway’s scale and complexity as a once-in-a-lifetime opportunity to apply their expertise to an exciting collaborative project with truly global implications and potentially astronomic economic benefits.

Canadians have many reasons to be enthusiastic about the Gateway project, starting with our impressive history in space dating back 60 years. We were the third country to launch a satellite into orbit (Alouette 1 in 1962); the first to operate a domestic telecommunications satellite (Anik in 1972); and the first to deploy a direct-to-home broadcasting service in 1982. The “Canadarm” used on Space Shuttle missions and the International Space Station has become an icon of national pride and a world-famous symbol of Canadian ingenuity. Only the United States and Russia have sent more astronauts into space than Canada.

And yet, while space agencies from the United States, Europe, Russia and Japan are lining up to partner on the Lunar Gateway, Canada’s level of commitment to the international venture remains a question mark. In fact, for the past several years, Canada’s place in space has been falling. While other space-faring countries have increased their investments in space as a percentage of GDP, Canada has slipped from eighth place in 1992 to 18th place in 2016, and our investments have not been guided by a long-term plan for decades.

There are, however, hopeful signs that support for a more ambitious Canadian space strategy may be growing, fuelled by some compelling economic arguments. For example, Morgan Stanley recently forecast that the revenue generated by the global space industry may increase to US$1.1-trillion by 2040, compared with the 2017 global space market estimated at US$380-billion. This predicted growth will be driven by a rapid expansion of Earth observation and communication satellites over the next 20 years, serving an ever-increasing number of applications that depend on satellite imagery, remote sensing and global positioning data to improve our quality of life and security.

Speculation is also increasing that more traditional industries, such as mining, will soon be staking their claims in space. Scientists theorize that one football-field-sized asteroid could contain precious metals valued upward of US$50-billion. Extrapolating NASA data that about 18,000 asteroids orbit near Earth, the total value of nearby celestial minerals could be as high as US$700-quintillion. Betting that this is not merely the stuff of science fiction, Luxembourg established a US$225-million fund in 2016 to entice entrepreneurial space companies to set up shop in that country, where the goals are to become a world leader in space mining and begin prospecting asteroids by 2020.

At the same time, it is important to note that investments in space exploration have significant positive effects to the Canadian economy and well-being of Canadians. From the application of Canadarm expertise in developing the NeuroArm for brain surgery to the use of instruments designed for Mars exploration to the mining industry, space exploration drives innovation and pushes the bounds of technology development.

On Sept. 12, Minister of Innovation, Science and Economic Development Navdeep Bains named Western University physics and astronomy professor, Sarah Gallagher, as the first Science Advisor to the Canadian Space Agency. In her new role, Prof. Gallagher will help promote space science and shape the future direction of space research. A week later, Minister of Science and Sport Kirsty Duncan announced that the Natural Sciences and Engineering Research Council is funding a public-awareness campaign led by Western’s Centre for Planetary Science and Exploration: “Space Matters,” which aims to highlight the importance of space to Canadians and how it touches on nearly every aspect of our daily lives.

These are positive signs that our government leaders see Canada’s potential in space. But we need to take a few bold steps requiring major investments by the government. The stakes are too high and time is too short if we’re serious about enabling the next generation of Canadian explorers and entrepreneurs to secure this country’s place in the burgeoning space economy. Canada can and should be an important player in the Lunar Gateway Project. 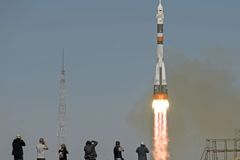 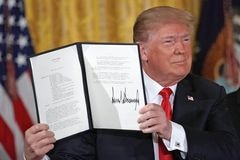 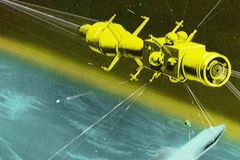