Glenn McGillivray
Contributed to The Globe and Mail
Published October 30, 2019 Updated October 30, 2019
Comments
Please log in to listen to this story. Also available in French and Mandarin. Log In Create Free Account

Large swaths of California are once again ablaze, with now-dry forest being ignited by downed electrical wires and such, and the ensuing fire being whipped up by Santa Ana winds on steroids.

This, they say, is yet another climate canary in the coal mine, an omen portending a future that will see bigger and faster-moving wildfires, now part of western U.S. fire seasons that are becoming more like annums.

And this, say fire experts, is a bad sign for Canada’s west, which has already seen a doubling of area burned since the early 1970s, and is projected to see another doubling – possibly a tripling – by the end of the century.

While it has often been said that you “can’t see the climate,” wildfire is one of the more in-your-face manifestations of a warming world. And while flooding may be a more ubiquitous byproduct of climate change, fire is its evil twin, its diametric analog.

Not that floods are a walk in the park. Thousands of Canadians will categorically (and rightly) tell you they aren’t. But fire is different. The smoke. The heat. The ember storms. The speed at which the threat can literally be at your doorstep.

While flood can reduce your life to a heap of sodden detritus, fire reduces it to ashes.

But the thing about wildfires – all natural hazards really – is that one needn’t experience them firsthand in order to learn from them. So we can learn from the fires in California but be spared from experiencing their grief.

We do know with great certainty that a warming world will mean larger and faster-moving fires in Canada’s west (though fire is not just a western issue). We also know that climate change will result in longer fire seasons (ones that start earlier, end later, or – likely – both).

This, at a bare minimum, will result in a big drag on provincial fire budgets and resources.

We are fortunate to have an organization called the Canadian Interagency Forest Fire Centre (CIFFC), whose primary job is to coordinate the sharing of forest-fire-fighting resources among the provinces and, sometimes, between countries.

The well-conceived and well-run service provided by CIFFC goes a long way to filling gaps that arise when provincial resources are pushed to the max by overly active wildfire seasons, such as those experienced in B.C. in 2017 and 2018 and Alberta this year.

But much more will have to be done.

What, for example, will we do about staffing fire lines when fire seasons begin earlier in spring or run later into the fall, or both? Right now, summer students are commonly used to fight fires. But where will we turn when these resources aren’t available because of school commitments?

Will we have to hire others, tap into foreign fire services or rely on the Canadian Armed Forces more often?

Where is the plan?

And what of budgets? Will the powers that be loosen their tight grips on funding, allowing more money to flow where it will be needed?

These are just some of the many considerations that have to be seriously looked at if we have any chance at all of seamlessly moving into a future of more and bigger fires. Sure, we can wing it when it comes, like we do for all too many things, or we can plan for it now.

The thing is, we do have a track record of planning, then putting the plan on a shelf to gather dust, as was done with the Canadian Wildland Fire Strategy. In 2005, that document was signed by every forest minister in the country, and all agreed to a 50/50 cost-sharing regime between the provinces and the federal government. That plan, however, still sits on the shelf, even after Fort McMurray.

So, planning is a start. But a plan, once finalized, has to be committed to, financed and implemented.

For at least the third year in a row, wildfire management agencies in California are maxed out, fighting several major blazes that have encroached into communities. The state is seen by many as the international leader in wildfire response and management. So if California can be tapped out, some ask what that may mean for the others.

The problem in Canada is that wildfire events come and go. They are sporadic enough that fire quickly falls off the radar of the powers that be, quickly replaced by other, more immediate priorities. This won’t cut it in the coming years.

So to adapt an old adage, let’s not let someone else’s crisis go to waste. 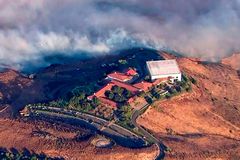