This is how Tom Clark, the former CTV and Global news anchor oddly chosen to head the selection committee for a new CBC president, described the Trudeau government’s move to pick Catherine Tait to run the newly flush public broadcaster.

“The audacious choice was Catherine,” Mr. Clark told journalists on Tuesday after Heritage Minister Mélanie Joly announced that Ms. Tait would become the first woman to lead the CBC.

Unless the only other two people on the short list were Heather Conway and Michel Bissonnette, the respective current heads of English- and French-language services at CBC/Radio-Canada, it is hard to see the audacity in picking Ms. Tait. She is the consummate industry insider, a charter member of the club of Canadian-content producers who built their careers on public subsidies and for whom the CBC has been a milch cow.

Based on her career and comments on Tuesday, Ms. Tait is not someone who sees her “dream job” as right-sizing the CBC in an age when private broadcasters and media are struggling, in part due to the Crown corporation’s expansive view of its mandate. Indeed, she sounds like she’s on a mission to trounce the “competition.”

“CBC/Radio-Canada, along with public broadcasters around the world, are under significant competitive pressure,” Ms. Tait said on Tuesday. “In order for public broadcasters to survive and flourish, we must focus on the services, news and programming that most connect with our public — not just as one audience, but as many audiences. This is, after all, the power of digital.”

This suggests that Canadians can expect more of the same duplication of news services and programming that has made the CBC increasingly indistinct from private-sector offerings but increasingly valuable to producers of dramatic content, who have been the main beneficiaries of the Trudeau government’s move to increase the public broadcaster’s budget by $150-million annually.

No wonder the Canadian Media Producers Association, a lobby group on whose board Ms. Tait once sat when it was known by another name, was so ecstatic about her appointment. “I cannot think of a better candidate to lead the CBC during this period of tumultuous change,” CMPA president Reynolds Mastin said in a Tuesday statement. “Catherine’s vision and passion for Canadian public broadcasting will win over employees, stakeholders, and most importantly, audiences. This appointment could not be more deserved.” Someone, at least, sounds happy.

Contrary to popular myth that Canadian content producers are scrounging for funding, there has never been as much public and private money available to them. The CMPA itself reported that the amount spent on Canadian television and film production increased by 16 per cent in 2017 to $3.3-billion, despite drops in children’s programming and spending by private broadcasters. The sum is independent of the amount spent on foreign productions filmed in Canada.

The Canadian Media Guild, which represents unionized CBC employees, says two-thirds of the extra $150-million the Liberals gave the CBC last year went to “outside productions for prime-time television shows in 2017-18 and are similarly earmarked in subsequent fiscal years.”

In its February budget, the Trudeau government included an extra $172-million over five years for the Canada Media Fund to make up for shortfalls the fund is expected to face as more Canadians cut their cable subscriptions. The CMF subsidizes the production of private television and digital content, of which there has never been more.

Then there is the $500-million that Netflix has committed to spend on Canadian productions over the next years. While private domestic broadcasters see that as a threat, it also presents Canadian networks with an opportunity to team up with the U.S.-based streaming service to split costs on the high-quality but expensive dramatic programming that Canadians crave.

The CBC, then, should be focusing on programming that no one else can or will produce. It does increasingly less of that. Thankfully, there’s still The Nature of Things, the occasional gem such as the recent Leonard Cohen tribute concert, and the newly rebooted The National, which is finding its groove without sacrificing the seriousness of its mission. It is bringing some of the best international reporting in the CBC’s history to Canadians, proving the public broadcaster’s raison d’être.

The CBC does not need to duplicate private programming or media services, especially on the internet. What it needs is a leader who is willing to change the corporate culture and concentrate its resources to render the public broadcaster distinct, and hence, necessary.

Pity Ms. Tait does not see it that way. 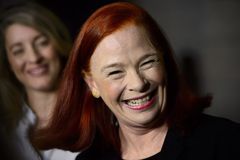 OPINION
Catherine Tait will have to sell Canadians on CBC’s value
April 3, 2018 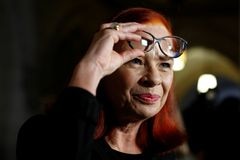