Akaash Maharaj is CEO of the Mosaic Institute. He was a triple gold medalist at the International Championships of Equestrian Skill-at-Arms and is a volunteer director of the Canadian Centre for Ethics in Sport.

The past truly is a foreign country.

I remember the glorious autumn day in 1988 when Ben Johnson won the Olympic gold medal in the 100-metre dash, in world record time. My usually reticent neighbours in Toronto hung a homemade banner across their house, bearing simply “9.79s” in enormous digits; no one needed any explanation. All of Canada was euphoric. For three days.

The burning anguish Canadians felt when we learned that Mr. Johnson had been cheating gave way to cold cynicism, as the passing years exposed widespread doping across the world of sport. But the challenge in life is to find a way to hold fast to our ideals, even as we are being stripped of our illusions.

International sport can be sordid and venal, but it retains the capacity to inspire us to our better angels: fair play; equality of opportunity in the pursuit of excellence; humility in victory and grace in defeat. As a member of the Canadian Equestrian Team, I saw sport draw bitter enemies together across borders, as peers in a shared passion.

These ideals may be more ridiculed than respected, but I believe they are ideals worth fighting for.

For this reason, I threw myself into early struggles at the International Paralympic Committee (IPC) and at the World Anti-Doping Agency (WADA), to confront the Russian sport doping crisis.

In 2016, independent investigations confirmed that Russian officials had run a massive state‑sponsored doping system during the 2014 Winter Olympics and Paralympics in Sochi, which fed illicit performance-enhancing drugs to hundreds of athletes and took outlandish measures to pervert national drug-testing mechanisms.

The evidence was incontrovertible. Nevertheless, the world’s sport institutions struggled to summon the collective will to stand up for the integrity of the sport system, or to step away from the wealth and political influence that Russian operatives ladled over them.

After much, often bitter wrangling, the IPC and WADA voted to suspend Russia before the 2016 Summer Olympics and Paralympics in Rio. The International Olympic Committee (IOC) resisted, before trailing after the IPC and WADA, and suspended Russia on the eve of the Pyeongchang 2018 Winter Olympics.

Yet, even these measures were short-lived.

The IOC welcomed Russia back after a suspension of less than three months. To my dismay, both the IPC and WADA capitulated within a year after that. Through it all, the Russian government continued to baldly deny that it had orchestrated the doping program, while denouncing Russian whistle-blowers as traitors.

Last week brought additional revelations that should surprise no one: Russian officials had falsified lab records that they had begrudgingly surrendered to WADA, as a condition of the reinstatement.

The people who had cheated to steal medals at the Olympic and Paralympic Games, had then cheated to be readmitted to those Games, and are cheating the measures meant to demonstrate that they have mended their ways.

WADA is convening a crisis meeting in Paris on Monday. It is impossible for the organization to evade a simple choice: Will it allow this parade of outrages to saunter on, or will it rule that Russian teams must be barred from next year’s Tokyo Summer Olympics and Paralympics?

If WADA fails to act, it will shatter any remaining confidence in the international sport system. Worse still, it will make sport a weapon against the Russian people and against the common interests of the human race.

The Russian government did not create a state-sponsored doping system simply to gather up a trove of fool’s gold. It did so because this false glory serves to beguile and distract its people, who might otherwise rise up against a political system that has left them impoverished and oppressed. It did so to enable sport oligarchs to plunder the state, while branding their critics as unpatriotic. It did so to buy a place at the table of international affairs, and thus a veneer of global respectability.

On Monday, WADA will have to decide whether it is prepared to live up to the ideals of sport, or whether it will break faith with them. It will make its decision under the menacing glare of some of the most powerful figures in the world. But it will also do so under the impassive gaze of history.

I hope it will make the right choice. 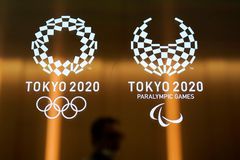 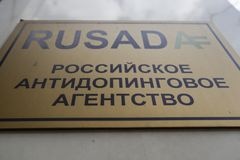