Democrats were understandably delighted with the early going of the impeachment trial of Donald Trump. Their legal team shredded their opponents. Mr. Trump’s lead lawyer Bruce Castor meandered, rolling out so much gobbledygook that he became a source of ridicule. If the reportedly incensed former president had access to Twitter, he may have fired him on the spot.

Highlighting the Democrats’ persuasive presentation on the first day was a searing video montage of the storming of the Capitol interspersed with assertions from Mr. Trump egging on the rioters.

But as effective as it was, what good did it do? It moved just one Republican senator into the Democratic column. On a vote on whether it was constitutionally permissible to try Mr. Trump given he was no longer president, only six Republicans voted with the Democrats as opposed to the five anticipated. They need 17 for a conviction.

Senate Republicans are slavishly following the will of their constituents, the great majority of whom are opposed to the impeachment. Odds are the trial isn’t likely to change enough minds to prevent an acquittal. If that turns out to be the case, the Democrats will have themselves to blame.

This trial is being done in needless haste. At last look, there was no plan to even call witnesses. When Republicans complain it’s a rush to judgment, that Mr. Trump is not getting due process, they have a point.

In opening the proceedings, Senate Majority Leader Chuck Schumer said these are “the gravest charges ever brought against a president of the United States.” True enough. The sacking of the capital was in a league with Pearl Harbor and 9/11 as being one of the worst desecrations the United States has suffered. So why not investigate it and the extent of Mr. Trump’s involvement fully?

The better approach would have been to appoint an independent commission to probe the insurrection, its planning and any White House involvement. Have it report back in six months and then, if warranted, move forward on the basis of testimony and fact to an impeachment trial.

In going this route, Democrats would have cut the legs out from under the charge that it’s a rush to judgment, a political vendetta.

Instead of being set free by an acquittal to work his mischief, as is likely now, a major inquiry would have put Mr. Trump in limbo, awaiting his reckoning. The Sword of Damocles would have been hanging over his head for months on end.

An independent commission would have been fitting also in that it would be in keeping with President Joe Biden’s pledge to be bipartisan, to work toward ending the uncivil war.

Democrats feared a drawn-out impeachment would interfere with their legislative agenda. A commission free of the hands of politicians would have done no such thing.

Through a commission, relevant parties giving testimony under penalty of perjury could well have made a drip-by-drip case against Mr. Trump and his sycophantic associates. It would be important, for example, to hear from the insurgent who is heard on tape confronting gatekeepers at the Capitol building with the words, “We are listening to Trump, your boss.”

It is necessary to have a record of any communications between Mr. Trump and White House staff with the insurgents prior to the attack. It would be good to know who caused the delays in sending security reinforcements to help the Capitol Police resist the vandals. It would be important to know who colluded with the president in fomenting the raid. Why should they not suffer consequences?

Trump lawyer David Schoen made the point in his opening argument that a full investigation was necessary for a legitimate trial. Some lawmakers favoured one, but it never got off the ground. As for witnesses at the trial, Democrats debated the idea, but it’s apparent that the voices saying ‘get it over with quickly’ won out.

Given the skills of lead Democratic counsel Jamie Raskin, the trial will no doubt be effective in making more Americans aware of Mr. Trump’s complicity in the insurrection. As Mr. Raskin argued, if you can’t be impeached for inciting a vicious attack on the citadel of democracy, what can you be impeached for?

But effective as it may be, the trial is too limited in time and scope to put forth the required evidence to move recalcitrant Trump supporters. It therefore puts this impeachment at risk of going the way of the last one – and being forgotten within weeks. 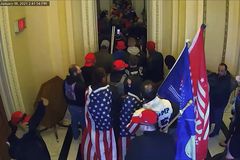 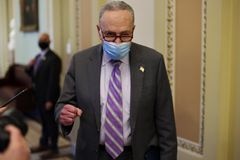