Aaron Wudrick is federal director of the Canadian Taxpayers Federation

Never underestimate the effort politicians are willing to expend to safeguard their own prerogatives.

It’s the primary explanation for the disproportionate hysteria expressed by many members of Toronto city council when faced with the prospect of losing their jobs. But for everyday Toronto taxpayers, the Ford government’s decision to shrink city council should be cause for good cheer. It will save taxpayers money, streamline municipal governance, and ultimately even be more democratic.

While the Ford government has estimated that the reduction from a planned 47 council members to 25 will save approximately $25-million over four years, this only accounts for direct operational savings.

The real prospect for savings lies with the fact 22 fewer politicians means 22 fewer people salivating at expensive taxpayer-bankrolled pet projects. This notion is supported in a recent study by the Institute on Municipal Finance and Governance, which found a correlation linking higher per capita spending with larger city councils. Simply put, to avoid money pits like the Jarvis bike lane debacle, having fewer councillors fantasizing about white-elephant projects will spare taxpayers considerable grief.

Then there’s the obvious dysfunction that comes from simply having too many cooks in the kitchen. With 44 members, Toronto’s city council likely couldn’t agree on pizza toppings, never mind address serious matters in a timely fashion. With meetings languishing for days on end and entire debates getting bogged down in arcane procedural formalities, the perpetual cacophony of self-important pontification undermined council’s ability to function. Cutting down the number of tedious actors won’t completely fix that problem, but a leaner council with fewer voices should make focusing on the stuff that really matters that much easier.

Furthermore, 25 councillors for a city of 2.5 million people is hardly out of line with many other cities, or other levels of government. If a Member of Parliament and Member of Provincial Parliament – both of whom represent governments much larger than Toronto’s – can adequately serve 100,000 constituents, it shouldn’t be out of the realm of the possibility for city councillors and their staff to do the same. The sky hasn’t fallen in New York with its 51 councillors for 8.4 million people, which works out to 164,000 people per councillor, or in Calgary, which clocks in at about 82,000 people per councillor.

Under the proposed 47-ward model, wards varied dramatically in size (from between 28,000 to 70,000 people per ward) meaning that a vote in some wards carried more than double the weight than in others. The new 25-ward model treats voters far more equally by shrinking the size disparities considerably, with the largest ward being only 37 per cent larger than the smallest.

Aligning ward boundaries with other levels of government also makes life simpler for busy voters. A lack of information and awareness in turn perpetuates lower voter turnout and leads to higher incumbency rates (yet another reason that incumbent councillors preferred a system that tilted in their favour.)

Of course, the above facts have largely been overshadowed by the drama surrounding the process in which the decision to shrink council was made, namely that it came with no warning and too close to the municipal election. The situation was then compounded by legal wrangling that led many to wonder just what council would look like after Oct. 22.

Certainly Doug Ford should have campaigned explicitly on shrinking Toronto city council. But it would be disingenuous to suggest fewer city councillors doesn’t fit within the Ford government’s overall theme of cutting waste and controlling spending. And while the timing, too, is far from ideal, the alternative of doing nothing would have been a missed opportunity for both much-needed reform and taxpayer savings.

Looking past the overblown rhetoric and legal machinations, the case for shrinking city council has always been a strong one. Whatever their political leanings, many, if not most, Torontonians would concede that city hall has long been dysfunctional. With the last legal hurdle cleared and voters on track to elect 25 councillors next month, Torontonians should raise a glass. Your new council won’t just cost you less; it will also likely be more democratic and more efficient than the last version. 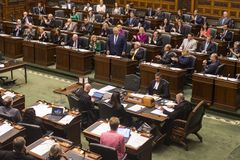 Sept. 20: Ontario’s Premier and the courts. Plus other letters to the editor
September 20, 2018
Opinion
Where is Ford’s respect for municipal government - the heart of the rule of law?
September 19, 2018 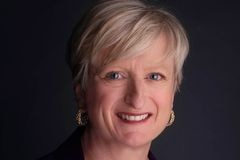