Canada’s primary foreign-policy challenge with China has been clear for months now. We have to secure the freedom of detained Canadians Michael Kovrig and Michael Spavor, and save the lives of fellow Canadians Robert Schellenberg and Fan Wei, who face death sentences from a murky Chinese legal system that takes instruction from the Chinese state. Our message to allies is clear, too: we all have a stake in pushing back against a China that uses hostage diplomacy, economic blackmail and even the threat of execution to achieve its objectives.

But there’s another equally challenging China task on the horizon. We need to start thinking about what we’ve learned from this terrible episode, and how it should shape our future relationship with China.

We’re not very good at this. The natural inclination of every bureaucracy in times of crisis is to restore the status quo ante. This happens for a variety of reasons, among them the fact that reviving an old strategy is a lot easier than thinking up a new one. But we’re also still in the grips of a misguided vision of China, one especially dear to the Canadian governing and business classes, that naively embraces almost everything that Beijing has on offer.

The current government refers to this as “comprehensive engagement,” something former ambassador John McCallum rendered more descriptively for Chinese audiences with the phrase geng duo, meaning “even more.” Just about any idea was worth considering, was the implication – as long as it lived up to our Olympian ambitions.

Few former diplomats, including this one, can claim to have entirely resisted the geng duo impulse to substitute promotion for policy. But given the undeniable evidence of China’s hostility to core Canadian interests, starting with the safety of our citizens, we urgently need to reconsider our approach.

There is no shutting the door to China, which is increasingly central to our prosperity and to solving threats to the environment, global health and food safety. But we will have to be much more thoughtful about how we do this, moving from comprehensive engagement to something smarter and more tailored to our objectives and vulnerabilities.

The days of indiscriminately encouraging China-bound travel and pumping Canadian delegations into China, a state that capriciously detains foreigners, are over. We should start by skipping events dedicated to China’s boundless appetite for international self-promotion or the delusion that China is a democracy in the making.

We also need to think carefully about trade and investment promotion, particularly in sectors like canola, where China’s immense demand gives it leverage over us. We need to work even harder at finding new markets, and doing more processing here in Canada to add value to what we sell. China seems to find economic blackmail easiest with commodities.

It’s also time to re-examine the received wisdom that shapes our China strategy, purging it of a sort of malware encouraged by China to delude the naive. This includes such fictions as the idea that China is inherently peaceful and has no territorial ambitions, that it abides by a policy of non-interference in other countries, that trade is a favour it bestows on friendly nations, and that access to its leaders is an end and reward in itself.

The idea that our China policy tends to be highly corrupted by these falsehoods is proven by our enduring gullibility on two important counts. The first is the idea that Canadians of Chinese origin are something of a shared bilateral resource, and that members of this community have a responsibility to help their fellow citizens better understand China. This fits hand-in-glove with the Canadian penchant for diaspora politics, and opens the door to Chinese interference.

The second powerful myth is that China is so uniquely sensitive that, no matter what it does, any response other than abject silence is hurtful and dangerously counterproductive. This has contributed to persistent Canadian passivity in the face of outrageous behaviour.

Getting China right will be particularly difficult for a Liberal government that has, to put it charitably, struggled with foreign policy. The government approaches the world beyond our borders with the inexplicable conviction that other countries are either as progressive as Liberal voters or aspire to be. This is wrong, and dangerously so.

We simply can’t postpone a rethink of our approach to China, and we must finally be open to the idea that, when it comes to engaging Beijing, smarter is better than comprehensive – and less is almost certainly better than more. 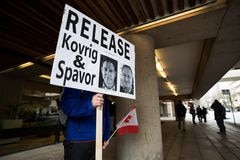