The people of Calgary awoke this week to the cruellest of scenes: snow, snow and more snow. The morning commute for thousands became a fish-tailing nightmare. The city put the call out for more snow removal equipment to help deal with the deluge.

But for those occupying the oil and gas towers downtown, Tuesday morning was about to get worse. Executives would soon have to deal with a different sight, but one no less horrifying: a smiling B.C. Premier John Horgan extending a warm welcome to LNG Canada after the consortium announced a final investment decision to move ahead with a $40-billion liquefied natural gas project in the province.

Only if you live in Alberta can you know how difficult it was seeing Prime Minister Justin Trudeau yucking it up with Mr. Horgan, both delighted to be reaping the political benefits from what is the single largest private investment decision in the country’s history. For Mr. Horgan, it represents a financial windfall of epic proportions – a monster bit of cash that fell in his government’s lap.

The fact is, most of the difficult, preparatory work was done by former premier Christy Clark’s Liberal government. And for most of the time she spent crusading for the industry, she was mocked and chided by Mr. Horgan and his fellow New Democrats, who delighted in labelling her ambitions a delusional pipe-dream. But few are going to remember that now. Today, the NDP are resource champions.

The seething resentment being felt now not just in Calgary but throughout Alberta is palpable. It doesn’t matter that LNG is less a threat to the environment than undiluted bitumen from the oil sands, which is a key reason why it received important First Nations support. People in Alberta won’t see it in those terms. They will see it as the federal government bending over backward to help develop the resource industry in one province while stifling it in another. It’s an emotional issue and, when emotion is involved, rational thinking often goes out the window.

If I were the Alberta government, and those in the province’s oil industry, however, I would not be so disheartened. In fact, I would be more encouraged than anything over recent Trans Mountain project developments.

Firstly, the firm deadline – 22 weeks – that the government has given the National Energy Board to consider the impact of increased marine traffic that would occur under the pipeline expansion is a tighter time frame than many expected. There has been concern it might take up to a year, dragging any new approval of the proposed project on even longer.

The biggest news, however, is the appointment on Wednesday of former Supreme Court of Canada justice Frank Iacobucci to oversee the First Nations consultations that the federal Court of Appeal earlier ruled was lacking prior to the government’s approval of the pipeline expansion.

This is important on a number of levels. First, Mr. Iacobucci has an outstanding reputation, as both an intellectual and a fair-minded jurist. It will be difficult for anyone to see him as pushing the government’s agenda, or as someone completely closed-minded about the impacts the project will have.

As importantly, Mr. Iacobucci, as a former member of the Supreme Court, understands the obligations that same court foisted on the federal government to consult with First Nations on any major resource projects. He would know why the federal appeal court concluded that Ottawa had failed in this regard when it came to Trans Mountain. He would recognize, too, what real collaboration as defined by the courts looks like.

What this helps assure is that if the project receives a second green light by Mr. Trudeau’s cabinet, it is not likely to fail again in the courts as a result of a lack of proper discussions with Indigenous groups. In that regard, bringing in Mr. Iacobucci was a master stroke.

Of course, none of this guarantees that the project will ultimately go ahead. But I would say the odds have increased. If nothing else, the big LNG announcement in B.C. this week only ratcheted up the pressure on Ottawa to ensure Alberta gets its big ribbon cutting, too.

It might be too late to save Alberta Premier Rachel Notley’s NDP government, which faces an election next May. But it could provide Jason Kenney and his United Conservative Party with its first splashy photo-op – another mega-project falling into a new government’s lap after most of the hard work was done by the previous regime. 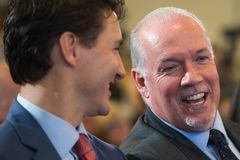 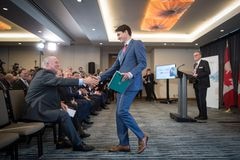 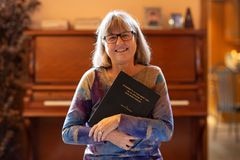