There was a rare moment of communion this week when millions of people watched NASA’s Perseverance Mars rover speed toward the surface of the red planet, its parachute opening to reveal a coded message: Dare Mighty Things.

“Touchdown confirmed,” the announcer said. “Perseverance safely on the surface of Mars, ready to begin seeking the signs of past life.” While I was noticing, with some sorrow, how much the surface of Mars resembles my skin after a year inside, I also noticed the oddness of the scene in the control room. The scientists’ jubilation and fist-pumping were familiar, but they were all wearing masks, and separated by transparent dividers. In this strangest of years, the search for life outside our own planet takes on a new poignancy.

The rover is looking for traces of past life, which one NASA scientist delightfully described as “fossilized pond scum.” The Perseverance, about as large as one of those asteroid-sized pickups favoured by urban cowboys, will take pictures of the Jezero Crater, where it’s believed a lake once existed. It will scoop up rocks, hopefully containing fossilized microbes, which will be retrieved by a future mission and returned to Earth for analysis.

This is NASA’s ninth mission to Mars, but it felt different, perhaps because we’re all trapped at home looking for something to root for. Or perhaps it’s the interest spurred by the imminent launch of Elon Musk’s Starship SN10, the latest step in establishing what appears to be a libertarian frathouse on Mars. Either way, there was a sense of childlike wonder as the world turned its eyes upward. Finally, we may have an answer to the question David Bowie asked in 1971: Is there life on Mars?

The astrophysicist Avi Loeb has taken these two strands – the open-mindedness of children and the presence of alien life – and woven them together in his new book, Extraterrestrial: The First Sign of Intelligent Life Beyond Earth. It’s precisely the right book to be reading at the moment (unless, perhaps, you’re one of the conservative, careerist, tenure-focused astrophysicists Dr. Loeb disdains, and who disdain him in return.) Dr. Loeb stated his position famously in 2018 when a journalist asked if he thought alien civilizations existed: “A quarter of all stars host a planet the size and surface temperature of the Earth. It would be arrogant to think we are alone.”

Dr. Loeb – “the alien hunter of Harvard,” according to The Economist – stakes his highly controversial opinion on a shiny space pancake (this is not the technical term) that streaked through our solar system in 2017. The object, which was given the name ‘Oumuamua, stumped astrophysicists because of its unusual shape and its unexpected trajectory as it sailed away from our sun. Most astrophysicists believed ‘Oumuamua was some kind of comet, or possibly a super-light collection of material. But Dr. Loeb and one of his students wrote a paper positing a different and contentious theory. As he writes in Extraterrestrial, “’Oumuamua must have been designed, built and launched by an extraterrestrial intelligence.”

Dr. Loeb’s theory of alien shipbuilding was not greeted with the fist-pumping we saw in NASA’s control room. To say it was met with disapproval, he writes, “is putting it mildly.” Unfortunately, my near-failure in Grade 10 physics means I’m not adequately prepared to adjudicate this academic bunfight. But I can say that his book offers a fascinating comparison between the way we mere mortals and the more enlightened beings who study the stars view the possibility of life beyond our own atmosphere.

On one hand, the field of astrobiology – the search for traces of life that the Mars rover is conducting – is considered a hard and serious science. But if you propose looking for actual extraterrestrials, Dr. Loeb suggests, you’re out in the scientific cold. “The scientific community’s prejudice or close-mindedness –however you want to describe it – is particularly pervasive and powerful when it comes to the search for alien life, especially intelligent life.”

He ascribes that to a number of factors, including fellow scientists’ careerism and their inability to tap into the curiosity of their inner children (speaking of which, I cannot imagine many of Dr. Loeb’s peers wanting to sit next to him at the next big astrophysics conference). He contrasts this conservatism with the curiosity of the general public toward all things alien, and certain deep-pocketed visionaries such as Yuri Milner, who is funding Dr. Loeb’s work on the Breakthrough Starshot program to launch tiny interstellar probes powered by solar sails.

It’s worth noting that Dr. Loeb is not alone out there: Last year Haim Eshed, the 87-year-old former head of Israel’s space program and an aeronautics professor, claimed in a newspaper interview that aliens had made substantial contact with Earth, a fact that had not been revealed because it would cause people to freak out. When asked why he was speaking out, Dr. Eshed cited the fact that he had academic security and wasn’t worried about repercussions: “I have nothing to lose. I’ve received my degrees and awards.”

The dynamic that Dr. Loeb describes in academia – fear and the instinct for self-preservation versus curiosity and the desire for exploration – is mirrored in the wider world and our relationship to the idea of alien contact. Are they here to eat us, or just to munch on our Reese’s Pieces, teach us the value of friendship and then go home? Dr. Loeb blames popular culture for a lot of the anxiety around extraterrestrial life, although the truth is that for every Alien there’s a Close Encounters of the Third Kind, for every War of the Worlds, an Arrival.

If this year has taught us anything, it’s the necessity of thinking big. Really big. Like out of this world. 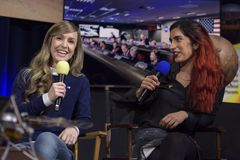 Opinion
Will we ever take care of the carers?
Subscriber content
February 20, 2021 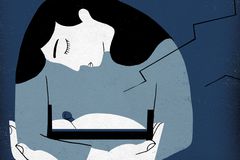 Opinion
After a year of forced togetherness, could we celebrate UnFamily Day this time?
Subscriber content
February 12, 2021 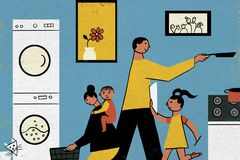