For anyone who thinks or cares about democracy in Canada, the current U.S. election campaign should be a painful and deeply worrisome spectacle to behold.

The very foundation of democracy – the right of all citizens to vote – is under unprecedented assault in that country.

Disenfranchisement is not a new phenomenon in American elections. Jim Crow laws in most of the South until just a few decades ago were designed to prevent Black Americans from voting. Recent years have seen more subtle tactics deployed to keep voters from the polls.

What makes the 2020 election unique is that, for the first time in American history, the President himself is personally and openly leading the attack on the exercise of the franchise. Donald Trump has called on his supporters to vote twice. He has withheld funding from the U.S. postal service explicitly in order to prevent mail-in voting – though he and his family have voted by mail for years. His campaign is fighting state election agencies in courts across the country; they have sued election officials in every one of the 67 counties in the state of Pennsylvania. And, of course, on a regular basis, Mr. Trump threatens not to abide by the election outcome, claiming, “the only way we’re going to lose… is if the election is rigged,” even refusing to commit to a peaceful transfer of power.

Mr. Trump is a long way from Abraham Lincoln, the man he likes to compare himself to and who said, on the eve of the 1864 election when faced with an opportunity to tip the electoral scale in his favour, “I decline to interfere in any way with any presidential election.”

For Canadians, it’s like being bystanders to a catastrophe. It appalls and disturbs us. It affects us materially given our complex and myriad links with the U.S. But there is nothing we can do about it.

When a neighbour’s house is ravaged by fire, it’s a good time to fireproof your own home and up your insurance coverage.

And when democracy itself is under attack by the leader of our neighbour and closest ally, we need to renew our own country’s commitment to the inviolability of the vote and to universal suffrage. If its hold is loosening in the U.S., then we should deepen our own attachment.

We already start with a distinct advantage. In the U.S., national elections are run by a crazy-quilt of state administrations with wildly varying rules and standards. Even worse, they are overseen by partisans of whatever party happens to be in power at the state level. In contrast, Canadian elections are run by independent and professional elections agencies – federally and provincially. We have pan-Canadian rules for national elections. We have a broad and inclusive approach to voting. For example, in a significant number of jurisdictions in the U.S., a criminal record is a lifetime prohibition from voting; in Canada, we set up polling stations in prisons. And our party financing laws ensure that elections can’t be hijacked by moneyed interests.

It may not be a perfect system – but it works well and enjoys broad public confidence.

But in this time of democratic crisis on our borders, our federal Parliament and provincial legislatures should come together – across party lines – with a major undertaking to celebrate and strengthen universal suffrage in Canada.

Elections should be declared national and provincial holidays – let’s call it “Democracy Day” – to facilitate citizens in voting – and to increase the pool of essential volunteers so important to the administration of voting.

Finally, we should take a serious look at compulsory voting in Canada. Citizenship – especially in an era in which democracy is under sustained and insidious attack in countries around the world – isn’t just about rights and privileges, it’s also about responsibilities. Remitting income taxes isn’t voluntary. And a functioning, vibrant democracy is every bit as vital to our lifeblood as the funding of public services. Admittedly, compulsory voting has a mixed record around the world. For every success story, such as Australia, there are other countries – such as Brazil and Argentina – where the compulsory ballot hasn’t mitigated the corruption and degradation of public institutions.

Indeed, the evidence shows that grafting a system of compulsory voting onto a culture without strong democratic traditions dooms it to failure. We believe that the opposite can also be true. Canada has a strong track record of democracy and fair elections. Building on that strength by removing the “politics” from voting and requiring people to exercise their responsibility to cast a ballot – with the ability to formally reject a ballot – will further protect and sanctify the one act upon which everything else in our society depends.

If history is to be believed, there are still reasons to be optimistic about 2020 U.S. election, says Doris Kearns Goodwin
November 8, 2020 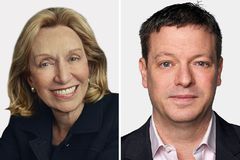 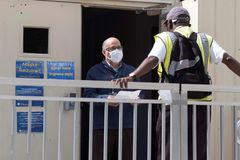