Last year, an auditor-general’s report found that the Canadian Armed Forces’ Operation Honour, which aimed to stamp out sexual harassment and sexual assault, was failing in its mission. Chief of Defence Staff General Jonathan Vance, though, defended the military at a Senate committee one month later: "Our conviction rates [are] higher than in the civilian justice system for both sexual assault and lesser offences,” he said.

We know now that is not true. A new study by Dalhousie professor Elaine Craig found that military courts have significantly lower rates of conviction in sexual-assault trials than civilian courts. In fact, military trials often do not result in a criminal-code record, and more often end in plea bargains.

How do we make sense of this? And what can be done to better serve survivors of military sexual assault?

First, it is important to understand that the military justice system serves the broader operational considerations and requirements of the military. It was designed to manage good order and discipline. A plea down to disgraceful conduct for criminal wrongdoing, attached with a typical sentence of a severe reprimand and a fine with no trace of a criminal record, is possible in the military. But sexual assault is not a matter of good order and discipline; it is a criminal issue. Disgraceful conduct sentences simply serve a different purpose.

The military’s past denial of the systemic nature of sexual violence and the inadequate handling of sexual harassment and sexual-assault complaints have only contributed to the problem. This broader context, no doubt, affects the military justice system’s ability to successfully prosecute military sexual-assault cases.

Third, there needs to be an independent external government-funded study of the courts-martial system and its prosecution of sexual-assault cases in Canada. The Chief of Defence Staff explicitly excluded the military justice system from the scope of Marie Deschamps’s 2015 external review into sexual misconduct and sexual harassment in the Canadian Armed Forces. Ms. Craig’s recent study shows that this was a mistake, and an independent external review of the military justice systems’ handling of sexual-assault cases is overdue. The military also needs to better comply with the federal government’s requirement to conduct “gender-based analysis plus,” so that we have a better understanding of the way gender plays a role in the military justice system.

Finally, this research will need to be coupled with the establishment of a true external oversight body that can do more than simply give recommendations. A report in the spring of last year by Canada’s Auditor-General concluded that the “Office of the Judge Advocate General did not provide effective oversight of the military justice system and did not have the information needed to adequately oversee the military justice system.” Yet, the military continues to promise to hold itself accountable.

The lack of external oversight over the courts-martial system is a serious factor to consider in the high acquittal rates in sexual-assault trials. It reflects the broader lack of oversight of initiatives to transform the military’s gendered and sexualized culture.

This transformation won’t happen unless the government finally follows one of the key recommendations of the Deschamps Report in creating "an independent centre for accountability for sexual assault and harassment outside of the CAF.” True accountability for military sexual violence requires an independent civilian body with real authority over the military. It should oversee the military’s broader attempts to change its culture, as well as the military justice system. We should not expect individual researchers or advocacy groups to be doing this work, and we cannot put the responsibility solely on the shoulders of the Auditor-General or the Senate to make recommendations since they tend to lie fallow.

It’s time for true external accountability and oversight. Canadians can’t continue to take military officials’ rhetoric as evidence of change. Only true external accountability and oversight will deliver that change – or at least give us the insight we need to determine whether the military justice system should have the authority to handle sexual-assault cases at all. 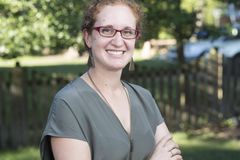 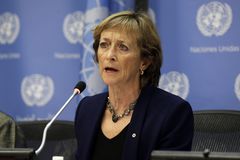 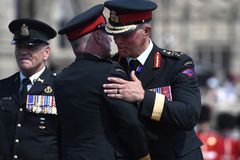