For the entirety of my 20s, “going home” meant boarding a Greyhound bus at midnight. A poor student, and the first person in my family to go to university, I would pay 50 bucks for a Greyhound ticket. Then I’d take the 6½-hour redeye trip to Sudbury from Ottawa, trying desperately to contort my tall 5-foot-10 body into a comfortable sleeping position.

The bus rolled along through Ontario in all kinds of weather, stopping to pick up passengers at a gas station in Cobden, a greasy spoon diner in Deep River, a corner store in Mattawa, a proper bus station in North Bay, a pizza place in Sturgeon Falls and finally the Sudbury Greyhound station. Headphones on, I would emerge bleary eyed at 6:30 a.m. in Sudbury with the sunrise peeking out from the clouds. Then my parents would pick me up and we would drive the additional two hours to Manitoulin Island where my parents lived.

Growing up in rural Northern Ontario, the Greyhound bus was a lifeline. The train tracks were ripped up years earlier; flights were non-existent. You were limited to two choices: Drive yourself home or take the Greyhound bus.

News that Greyhound service has now ceased across Canada is a huge blow to rural communities in a way that most city dwellers just do not understand.

A Greyhound bus ride was never glamorous. Little legroom, no assigned seats, questionable bathrooms and frequent stops were part of the package. The stations were far from fancy and only served warm cafeteria food if you were lucky. Prior to the notorious killing of a passenger on a Greyhound bus in Manitoba in 2008, they didn’t even do basic security checks. You bought your ticket, you boarded and away you went. No frills, no extras.

Greyhound buses were created to move as many people as possible to the far corners of the country, and for years in Canada, it did exactly that. But they ended trips to the West a few years ago, and last week announced they were leaving Canada completely, citing a reduction in ridership particularly in Quebec and Ontario. Ironically, Greyhound USA will continue to operate cross-border service (postpandemic) for those in Toronto, Montreal and Vancouver.

Canada’s urban residents are pretty spoiled for choice. Robust public transit, train stations, four-lane highways and airports give urban residents a plethora of travel options. For those living outside urban areas, the Greyhound bus was a viable, if basic, option for travel. A Greyhound bus ticket was cheap and it stopped in communities big and small while plowing through rain, sleet and snow – hugely important for those living in economically disadvantaged rural, remote and northern communities.

It’s been years since I took the bus home to visit my family, but until Greyhound’s closing in Canada, I frequently bought tickets for others. As an advocate for women escaping intimate violence, I helped women secure Greyhound tickets as a key part of their escape plan. Not only were bus tickets the cheapest option for a woman fleeing with little money to her name, they were often the only option for women living in rural, remote and northern areas and in First Nations communities. You could easily secure a same-day ticket, grab your go-bag and slip out of your community in the middle of the night.

According to the Canadian Femicide Observatory for Justice and Accountability, Canada had 160 cases of femicide last year. Fifty-four per cent of those women and girls lived in a non-urban area.

Confidentiality is hard to come by in small communities where everyone knows each other. If someone takes the leap and decides to break the silence on the violence happening in their homes, supports are limited with long wait times. Rural, remote and northern communities tend to have fewer economic opportunities, leaving many residents in low-paying, temporary or seasonal jobs. Poverty is rampant. Women experiencing violence in rural areas are incredibly isolated.

We know isolation kills, and yet governments have failed to build the infrastructure necessary to connect rural and remote communities to the services and resources available in urban centres. In its recommendations, the National Inquiry into Missing and Murdered Indigenous Women and Girls named the creation of safe and accessible transportation as key to ensuring the safety of Indigenous women and girls living in rural and remote communities. And yet, here we are.

As a born and bred northerner and an advocate for women, I am deeply concerned about the impact of Greyhound’s departure from Canada. Admittedly, there is no shortage of things to be concerned about these days, but it is telling that after an initial blitz of stories, Greyhound’s cancellation of service quickly faded from the news cycle. Most Canadians live close to the U.S. border, crammed into urban spaces. They don’t need a Greyhound bus to access a women’s shelter, cancer treatment or steady employment. But rural folks do.

The same country that bailed out Air Canada let Greyhound slip away.

The answer isn’t simple. Canada is huge and sparsely populated, and transportation is notoriously tricky in northern climates. There has long been discussion of improving passenger rail service across Canada and there are calls for a national public intercity operator. Some private bus operators want to take over Greyhound’s routes, but interest will likely be strongest in areas with the highest density.

I don’t have the answers, but I will not rest until we find a solution. Rural, remote and northern communities deserve safe, accessible transit like their urban counterparts. 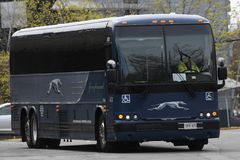 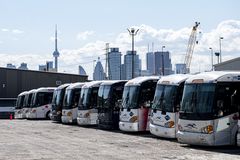