First, the bad news: People might feel as if they needed drugs to get through the 2020 presidential election. Now the good news: It’s much easier for some Americans to get those drugs legally.

For people of a progressive bent, the U.S. election looks like a grim upholding of the status quo, with surprisingly strong support for Donald Trump and his allies in Congress. But look more closely at the ballot initiatives in several states – exercises in direct democracy on local issues – and a more hopeful picture appears.

On drug policy, for example, a small earthquake rippled through parts of a country that is notorious for punitive laws that disproportionately affect the poor and racialized. Five states either relaxed their cannabis laws or legalized weed completely. Equally important, Arizonans voted to expunge the records of those convicted of certain felony possession charges. In Washington, D.C., you can now trip the light fantastic, thanks to the decriminalization of psilocybin, more commonly known to your high-school dealer as magic mushrooms. In Oregon, psilocybin was also approved for medical use, a good move since it has shown promising outcomes in treating conditions such as depression and anxiety.

In Oregon things took an even more radical turn. The state is plagued by skyrocketing overdose rates, and nearly 60 per cent of voters backed Measure 110, the first initiative in the United States to decriminalize drugs such as heroin, cocaine and methamphetamine. From now on, people caught simply possessing those drugs won’t be thrown in jail or given a criminal record, but will instead receive a fine similar to a traffic ticket. Crucially, the state’s drug-treatment centres will also receive a boost in funding through taxes on the sale of cannabis, which Oregon legalized several years ago.

That’s a huge evolution in the understanding of substance abuse not as a criminal problem, but a public-health one. It’s also a lesson for countries such as Canada, where experts have called for similarly enlightened thinking, only to have politicians drag their feet. Last year, for example, B.C.’s health officer Bonnie Henry – a hero during the pandemic – wrote a report calling for the “urgent” decriminalization of drugs in the province. Unfortunately, these public-health measures, which could help curb Canada’s dire overdose problem, have so far proved politically unpalatable. The groups that supported Oregon’s Measure 110 are hoping it will have a domino effect across the rest of the United States. Why not Canada, too?

Ballot initiatives, whether they’re called measures or propositions, are a singular feature of the American political landscape. You might not even know much about them unless you’ve been in the States during election season, in which case you’ll be bombarded with incomprehensible ads that say “Vote yes on Proposition 100!” Or “say no to 10!” They can be put on the ballot in certain states either through petitions (often backed by big-money donors or corporations) or by the state legislators themselves.

They’re an exercise in direct democracy, with all the pros and cons that entails. And they mean that a dizzying variety of local issues, many with national ramifications, get decided in one day. This year in Colorado, for example, voters rejected restrictions on certain abortions, and also decided to join the National Popular Vote Compact, which wants to allocate states' Electoral College votes to the winner of the national popular vote. A ballot initiative to reintroduce grey wolves to the west of the Continental Divide was too close to call at press time, although several people pointed out that the wolves already got more votes in Colorado than Donald Trump did.

There was good news in Mississippi, too, where voters agreed to replace the old flag, which contained a Confederate emblem, with a new flag featuring a magnolia, the state flower. In Florida, there was solid backing for a proposal to raise the minimum wage to $10 an hour. (It will rise to $15/hour by 2026.)

But ballot proposals can also entrench bad and selfish decisions. Most famous perhaps is California’s Proposition 13, passed in 1978 as part of a “taxpayers' revolt.” It capped property taxes in the wealthy state, hobbling the ability of schools and local governments to raise money. For years, subsequent propositions have tried to claw back some of that cash.

Another David and Goliath proposition battle played out in California this year – one that might have repercussions for workers' rights in other states and internationally. The fight over Prop 22 centred on whether drivers who work for companies such as Uber and Lyft should be considered independent contractors, or employees, which would guarantee them some protection under state law.

The tech giants poured $200-million into lobbying efforts and advertising, making it the most expensive proposition fight in California’s history. They also, as the website The Verge reported, used their apps to sway Uber and Lyft riders to vote their way. The companies texted customers to say that they might experience “longer wait times and higher prices if Prop 22 failed.”

Do you want to guess how this particular battle turned out? I’ll give you a hint: You won’t find this ending in the Bible. The tech giants got their way, and Proposition 22 passed, with 58 per cent of voters supporting it. As The Verge noted, “It will set a precedent for other states' labour laws around gig work, as well as for how huge companies with an easy way to communicate to millions of voters can lobby against laws they don’t like.”

Direct democracy: Love it when it goes your way, loathe it when it goes sour. Yet, thanks to the Americans' peculiar decision-making processes, change can happen abruptly, and for the better. Sometimes there are rays of light if you look closely enough.

Opinion
What the American media got wrong: their own country
Subscriber content
November 5, 2020 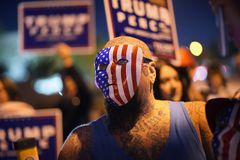 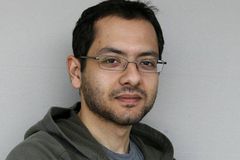 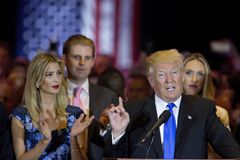