Lezlie Lowe is the author of No Place to Go: How Public Toilets Fail Our Private Needs.

Men are peeing en plein air, on one of Paris’s most beautiful 17th-century streetscapes. And the people of Paris are peeved.

Me? I’m just upset that women can’t do it, too.

Paris’s pee-ers are making their daily deposits into uritrottoirs, mini street-side urinals topped with flower boxes. These chest-height repositories sport a hole below the foliage for urine, which collects in a bale of concealed straw, later used to produce nitrogen-rich compost for Paris parks and gardens.

The city has chosen to install the uritrottoirs – a portmanteau of urinoir (urinal) and trottoir (sidewalk) – to combat public peeing on buildings, in alleys and among Paris’s urban bushes and flowers.

Public urination is no small matter in Paris, where the habit even has a name: les pipis sauvages, or wild peeing. The city has so far installed four uritrottoirs to help curb errant excretion around the capital. A fifth is planned.

The funding of these on-street comfort stations was approved through municipal participatory budgeting – voted on by residents who were no doubt savage over all this pipi.

But one uritrottoir wasn't so well received.

This particular pee-box was located on Île Saint-Louis along the Seine River – a high tourist-traffic spot within sight of Notre-Dame Cathedral. A user could literally use his free hand to wave to tourists on river boat cruises.

The indictment? It was ugly and out of place.

One man told CNN, “I think installing a urinal in the streets of Paris for those who don't respect their surroundings is a good idea, but in my opinion, this model is not attractive at all, and where it's been set up is not appropriate at all.”

I don’t know. I mean, they look like miniature Canada Post mailboxes to me – all fire-engine red and cheerful. And I’d love the chance to pee into one, relieving myself in full knowledge of the fact that, according to a statement from the city about the uritrottoirs’ ecological bonuses, one person's urine, collected over a year, contains enough nitrogen, phosphorous and potassium to fertilize 400 square meters of wheat. I’d help, gladly.

Men, by virtue of simple mechanics, can easily pee standing up. (Or, if they like, in the exaggerated backward arching position illustrated on the signs for Paris’s uritrottoirs.)

Women can comfortably sit to pee, and some can also crouch, although the position doesn’t promise freedom from pee dribbling down the insides of our thighs.

Men can pee without removing great swaths of clothing.

Female urinals have largely been a non-starter. American Standard sold one in the 1950s in the United States, but uptake was slow, a fact attributed to the increasing popularity of women wearing trousers. (If your mental imaging of this needs a nudge, just know that to use these things, women would essentially have to yank their Levi’s and underwear down to just above the knee. I mean, why bother?)

The point: Women have different needs when it comes to satisfying this basic bodily function. Men? Men can pee anywhere. And they do, which is entirely the problem.

Urban public urination, while objectively repellent – it smells, it gets on your shoes, it eats away at the bases of historic buildings – sometimes isn’t a matter of choice.

When a citizen can’t find a public bathroom at all, or if they are barred from coffee shops, restaurants or stores because they appear unkempt or because they have already soiled themselves, there aren’t other options. A human goes to the toilet roughly 2,500 times a year, Starbucks or no Starbucks. The problem of street urination and defecation is significant in large urban centres — San Diego and Los Angeles have grappled with continuing outbreaks of hepatitis A, linked to a lack of public-bathroom access for people experiencing homelessness.

Some, likely. But Paris boasts around 400 accessible on-street automated public toilets, known as sanisettes. These bathrooms are conveniently mapped by the Convention and Visitors Bureau and 150 of them are open 24-7. Paris’s municipal government calls the uritrottoirs a complement to existing facilities – installed in heavy-traffic areas where street urination is egregious.

See, there are plenty of places to pee in Paris. It’s just that Parisian men don’t always bother going there.

A National Geographic story from November, 2017, calls out Paris’s “centuries-old menace of street urination.” While illegal – fines can be the equivalent of $100 – “that hasn’t seemed to stanch the streams that pour into the streets, into planter boxes, and onto lampposts.”

The irony here is how deeply bathroom-privileged men already are.

Women take longer to urinate and do so more frequently than men. We menstruate, and we are more likely to be caregivers for the young, the elderly and the mobility and cognitively impaired. We need more bathroom provision than men. But in many public bathroom set-ups where floor space is equal for the men’s and women’s, a visitor might find four stalls in the women’s room while over on the men’s side there’s space for two stalls and, say, six urinals. That’s why women, so often, wait in public bathroom lines.

Men already have it pretty good when it comes to peeing in the built environment. And now, in Paris, their seemingly unstoppable bad behaviour is being rewarded with uritrottoirs, giving willy-nilly-peeing men even more places to go.

The motivations of the wild pee-ers of Paris, I’d wager, are the same as those in any Canadian city when the bars let out on a Saturday night. Much the same as the kid I happened upon outside my favourite ice cream shop in Halifax the other day. He was peeing against a tree in the middle of the day, while his parent kindly held his ice cream cone. The public bathroom in the shop he’d just exited was about 10 feet away from his splash.

Little girls and women need to pee more than men and boys – particularly, if we are menstruating or pregnant – but you don’t see women crouching on sidewalks. You don’t see little girls squatting beside downtown trees to let ‘er rip.

Is this about propriety? Protection? Women certainly are more at risk of violence when we remove clothing in public. And we face tougher judgment for this kind of behaviour. Women who pee in public brush up against immorality. For men? It’s "boys will be boys."

But there’s this, too: Women have learned – and girls are taught – to hold it. We do it all the time, in every outrageous public-bathroom line. Every time we can’t find a public bathroom on a city street, which, in most Canadian cities, is most of the time. In what universe do people imagine that the women of Paris or any other city have to pee less than the men? These devices are just rubbing it in our faces (which explains, perhaps, why some Parisian women, this week, festooned the Île Saint-Louis uritrottoir with stained maxi-pads and used tampons; it was later removed from the street).

Uritrottoirs aren’t taking bathrooms away from women, of course. But municipal budgets are perennially stretched and if public-toilet cash is up for grabs, it should go to places women can sit down.

TIFF 2018: How the film festival hopes to fix a broken industry, while still celebrating it
September 6, 2018 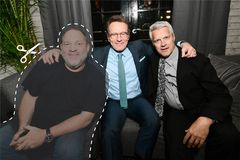 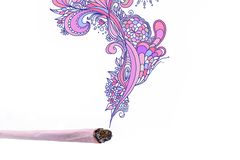 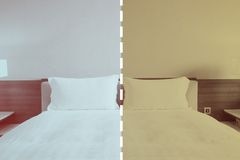