Julia Lovell is a professor of modern China at Birkbeck College, University of London. She is the author of Maoism: A Global History, which was the winner of this year;s Cundill History Prize.

The top brass of China’s Communist Party (CCP) – its 370-strong Central Committee – recently emerged from the Fourth Plenum of the 2017 Party Congress. Such meetings, usually one a year, are key forums for policy discussion. At the previous plenum, in February, 2018, the Central Committee made one of the most politically contentious changes of the past 40 years: the decision to abolish the constitutional restriction that limited the president to two consecutive terms, a restriction specifically introduced in 1982 to prevent a return to the unconstrained, capricious rule of the Mao years. China’s current ruler Xi Jinping, like Mao, could be ruler for life.

Many observers concluded from this development that the CCP under Mr. Xi was taking a great leap backward into the Mao era. A close look at two CCP declarations bookending the latest party conference, however, suggests a more expansive – though also contradictory – playbook for the current regime.

We will probably not learn for years – if ever – exactly what was discussed at the plenum, since its debates take place behind firmly closed doors; delegates are not allowed to leave the venue during the meeting, to guard against leaks. To outsiders, therefore, so much of elite Chinese politics remains a black box. However, two verbosely titled statements published at the start and close of the meeting give insights into the party mood. The first, “Outline for the Implementation of the Ethical Construction of Citizens in the New Era,” presented the CCP’s blueprint for moulding the national character; the second, “A Decision on Some Major Issues Concerning How to Uphold and Improve the System of Socialism with Chinese Characteristics and Advance the Modernization of China’s System and Capacity for Governance,” was the resolution arising from the plenum. Taken together, they present a comprehensive, outwardly self-confident master plan for China’s current and future trajectory.

Both documents lionize the achievements of “paramount leader” Mr. Xi: his creation of a “new era of socialism with Chinese characteristics” that will “arm the whole party and educate the people … laying a solid foundation for the ideological and theoretical foundation of faith.” Mr. Xi’s socialism is hailed as “the concentrated expression of the contemporary Chinese spirit, and the ideological and moral foundation of condensed Chinese power.” All this extended homage confirms the strongman leadership cult that has been building around Mr. Xi since 2013. The CCP outlines plans to saturate the grassroots with Mr. Xi’s vision of enlightened socialist virtue, through a nationwide network of community institutions and of screens and billboards. The plenum resolution proclaims the need to merge scientific Marxism-Leninism with China’s “outstanding traditional culture,” for Mr. Xi’s big project is the “Chinese Dream.” In English you might call it “Make China Great Again”: the restoration of China to its old, pre-19th-century glory.

Expressions of vaunting ideological and cultural ambition are nothing new for the CCP – indeed, it runs deep in the Marxism-Leninism from which Chinese Communism has heavily borrowed. (In their first decade in power, the Bolsheviks strove to create “new Soviet men and women.”) Since its founding in 1949, the People’s Republic of China (PRC) has run through a series of campaigns – of varying intensity – to mould its citizens. In the 1990s, it clamoured about building a “spiritual socialist civilization,” even as many of the country’s novelists were writing the most scurrilous, sexually explicit stories ever penned in Chinese. But announcements of the past few weeks enunciate a zeal for moral micromanagement that we probably haven’t seen since the last days of the Cultural Revolution in 1976. The latest blueprint for moral behaviour embraces education, internet control, environmentalism, spending habits, table manners and funeral design.

Yet, despite their bombastically unitary tone, the CCP’s recent edicts are fractured by contradictions between the diverse ideas and objectives that contend in contemporary China. On the one hand, these proclamations extol values such as democracy, freedom, creativity and justice, the functioning of which require individual debate and discussion. On the other, both are focused on unifying and rejuvenating the nation under the unchallenged auspices of the Chinese Communist Party and its helmsman Mr. Xi.

The directives project a seamless unity between five thousand years of “Chinese tradition” and the “red genes” of revolutionary Marxism-Leninism, ignoring the way that Chinese Communism for decades treated older patterns of belief and behaviour as dangerous heterodoxy. Even in his dying years, Mao still found energy to wage war publicly on Confucius. Mr. Xi’s credo paradoxically lauds the sage’s favourite virtues – benevolence, harmony, respecting the elderly and the family – and merges them with Maoist markers of merit. Chinese emperors promoted Confucian virtues to forge loyal subjects: Just as children should revere their parents, imperial morality preached, so should subjects revere their rulers. The CCP under Mr. Xi similarly hopes to use a Confucian revival to inculcate devotion to the “motherland” and its ruling party-state.

Arguably, the greatest tensions within these mission statements spring from the CCP’s own chequered history. Since 2012 – and for the first time since the death of Mao in 1976 – Mr. Xi has led an official, national revival of Maoist culture and politics. Despite the huge human cost of Mao’s rule, Mr. Xi and his close comrades have re-normalized parts of Maoist political culture: criticism-self-criticism sessions, the “mass line” and the personality cult. Mr. Xi, as one sharp-eyed reader has noted, even imitates Mao’s handwriting. He has invoked the chuxin (original aspirations) of the Party’s early leaders, above all Mao Zedong, as paradigms for political purity and success. The plenum’s resolution is scattered with Maoist phraseology: the Chinese people have “stood up”; “the party controls the gun.” It seems to echo Mao’s official rationale for the Cultural Revolution, in calling for unending revolution to “maintain party purity.”

But Mr. Xi’s China is different (almost beyond recognition) from Mao’s: It is tied into global finance, and its stability is bound to economic performance. The plenum therefore also has to acknowledge that the CCP’s street credibility these days comes not from Mao – with his fixation on class struggle and ideological purity – but rather from what the CCP describes as the twin miracles of rapid economic development and social stability. These are the keynote projects of the post-Mao reform era, a period which – in public at least – mothballed the chaotic politics of the Cultural Revolution (such as mass-spectacle purges).

Neither document acknowledges any contradiction or inconsistency in their frame of reference and ambition. The plenum resolution simply ends by commanding “the whole party and people to closely unite around the Party Central Committee with Comrade Xi as the core, strengthen confidence, maintain determination, advance strongly and innovate in order to uphold and perfect socialism with Chinese characteristics.” The Party claims to be all things to all people: Confucian and Maoist, democratic and unitary, nationalist and internationalist. The precondition to achieving this smorgasbord of objectives is unquestioning loyalty to the Party.

Its façade of certitude notwithstanding, we should not overestimate the CCP’s current invulnerability. In a speech delivered in September to the Central Party School, the CCP’s elite training institution, Mr. Xi urged the Party to be on top alert against domestic and international threats. Economic, political, cultural, social, diplomatic, environmental and security challenges were ubiquitous and intensifying. Ominously, Mr. Xi’s comrades reiterated that should the situation in Hong Kong worsen, “the Party Centre would not sit idly by … there is no middle ground on the issue of Hong Kong, no room for hesitation or compromise.” And Mr. Xi is right to be worried. Since the 1980s, the legitimacy of the CCP has depended on the delivery of economic growth. But figures for this year’s second quarter indicate the lowest rate of increase in 27 years. Trade war with the U.S. threatens the global supply chains on which China’s economy relies. The PRC government’s relations with its borderlands are at rock-bottom. In Xinjiang, on the northwest frontier, the central government has built a network of “re-education centres,” into which hundreds of thousands of Muslim Uyghurs have disappeared. Since June, Hong Kong has been rocked by protest against Beijing’s erosion of its semi-autonomous political, economic and legal system. At the Fourth Plenum itself, it seems that a senior official from west China committed suicide by throwing himself off the roof of the hotel in which the meeting was being held, perhaps because of ideological differences with Mr. Xi.

How will the PRC weather these contrasts between the CCP’s Maoist heritage and the hybrid, globalized nature of contemporary China? How will it reconcile its rhetoric about ancient traditions, democracy, cultural plurality and pragmatic economic benefit, with its insistence on Marxist-Leninist one-party politics and Mao-style ideological purity and faith? Perhaps China’s current ability to tolerate paradoxes is the most notable legacy of Mao – who admiringly identified contradictions as a wellspring of energy. Although Mao’s own ideas and rule became increasingly dogmatized in the last decade of his life, his revolution – born out of civil and world war – bequeathed to China an adaptive, “guerrilla-style” mode of policy making. Maybe that is why China, for the time being, can be ruled by a party that continues to emphasize its Marxist-Leninist-Maoist heritage, while proclaiming the necessity of market forces; and that proclaims its possession of a “comprehensive plan” at a time when China is more complicatedly diverse than at any point in its history. 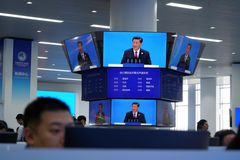 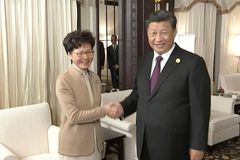 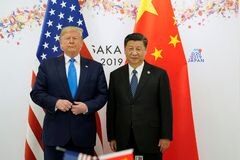