David Shribman is executive editor emeritus of the Pittsburgh Post-Gazette and led the paper’s coverage of the Tree of Life shooting that won the Pulitzer Prize.

Fourteen months ago. Eleven dead. Three blocks from my home in Pittsburgh. Those cold numbers describe the deadly shooting at Tree of Life synagogue on October 27, 2018 – the deadliest anti-Semitic attack in U.S. history.

Now we add another set of shocking numbers from Monsey, N.Y.: One machete. Five wounded.

That one machete, as big as a sword, wreaked havoc during a Hanukkah celebration late Saturday, a rampage that lasted less than two minutes, a hate crime that descended on a commemoration of the Festival of Lights. It came after an attack earlier this month on a Jewish market in New Jersey. And after a shooting that left one dead and three wounded in April at a synagogue in Poway, Calif.

These horrifying incidents have lost their ability to shock. They have become part of the background music of our time, a dirge that in its tragic, repetitive tones almost mimics the sound of shotgun fire.

The 2018 shooting in Pittsburgh victimized more than the 11 dead and their families. It left an entire community traumatized, though in its commitment to diversity and in its religious tolerance – just about everybody, Jew and non-Jew, belongs to the Jewish Community Centre in Squirrel Hill, where time is marked by a clock tower with the numbers in Hebrew; the episode also left our city even more dedicated than ever to the free, and safe, expression of faith.

After the mass shootings in Texas and Ohio this past summer, I called Rabbi Jeffrey Myers, whose courage at the Tree of Life was followed by his outspokenness about hate in the United States. Together we spoke of how the expression ‘’Never Again’’ – tied so intimately to the Jewish vow after the Holocaust that, in his May, 2014, visit to the Yad Vashem memorial in Jerusalem, Pope Francis said ‘’Never again, Lord, never again!’’– had been transformed in our time to ‘’Yet Again.’’

And so, yet again, after a horrific act of anti-Semitism in a New York county where one in five residents is Jewish, I called Rabbi Myers. Weary of worry and woe, he spoke of ‘’the audacity that other human beings find it acceptable in our country to kill any and all whom they don’t like.’’

But he went on, delivering an indictment of a culture that until recently had been regarded as a light of civility unto the nations: ‘’Yes,’’ he said, ‘’this is anti-Semitism at its most severe, but it is also a stain on America, an America that is the breeding ground for this, for we as Americans fail when these incidents occur.’’

Reacting to the incident in Monsey, N.Y., Governor Andrew Cuomo of New York condemned a “cancer” of growing hatred in America. A third of a century ago, when his father occupied that same chair in Albany, Mario Cuomo used to relate with glee and no small amount of pride how the Jews and Italians played stickball together on the streets of Queens, and how the young Mario Cuomo had been enlisted by the Orthodox Jews in his neighbourhood to perform tasks that they could not do because of restrictions on their activities during the Jewish Sabbath.

Contrast that with the reflection of Bari Weiss, in an interview with me Monday afternoon, who grew up on my Pittsburgh street and whose book, How to Fight Anti-Semitism, has been circulating among Jews this Hanukkah season.

"By Saturday afternoon there were more hate crimes that had taken place on the streets of New York against Jews than there were Hanukkah candles,’’ said Ms. Weiss, who had her Bat Mitzvah at Tree of Life. "That it took a machete attack in a rabbi’s home – a scene out of 19th century Poland – to wake up the public is something that should alarm us about the spilling of Jewish blood.’’

The public is awakened, as if from a nightmare – a recurring one, perhaps the revival of ancient hatreds.

"We have experienced this for thousands of years,’’ said Rabbi Lisa Grushcow, senior rabbi at Temple Emanu-El-Beth Sholom in Montreal. “We are vulnerable in our sacred spaces, on the street, and even in our homes. We need to hear, from our government and our neighbours, that this cannot be accepted as the new normal. For centuries, Jews have believed that “[North] America is different. I believe and hope this is still the case.”

This week, as in the weeks after the incidents in Pittsburgh and Poway, that hope rings out, louder than ever, louder than the sound of gunfire and the screams before a swinging machete. Yet again. 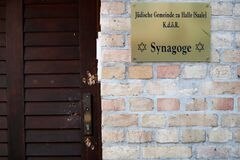 Opinion
The relationship between Yom Kippur and anti-Semitism
October 8, 2019 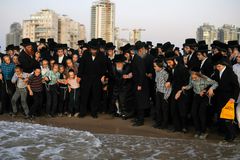