Before last year, an immigrant child could not apply for Canadian citizenship. Their legal guardian had to do it for them. Abdoul Abdi has been here since 2000, but his citizenship paperwork was never filled out by his parents. Since he was 7, that role has been filled by the Nova Scotia government.

In January, Mr. Abdi, now 24, completed a five-year sentence on multiple charges including aggravated assault. As a non-citizen convicted of serious crimes, he's facing deportation. Having forcibly assumed the responsibility of raising him, the government is now trying to shrug off the repercussions of its own negligence.

Mr. Abdi fled Somalia at the age of 3 along with his five-year-old-sister, his two aunts and his mother. They spent three years in Saudi Arabia where Mr. Abdi's mother died while waiting to see if they would be accepted as refugees to Canada. The children's aunt, Asha Ali, became their legal guardian.

The family arrived in Nova Scotia as survivors of a brutal war; all had witnessed family members being killed. They didn't speak English, and Ms. Abdi says she and her brother experienced harsh, racist bullying. So Ms. Ali – who grew up in a country where only 30 per cent of children are enrolled in primary school – took them out of class.

Soon, instead of providing the vulnerable refugee family with assistance getting settled, the Department of Community Services put both children in foster care.

At first, the Abdi children were kept together, in a home both say was emotionally and physically abusive. Ms. Abdi was eventually moved after her teachers saw her bruises, but her little brother stayed. He spent his youth moving between 31 different foster and group homes.

Mr. Abdi experienced the worst of Canadian foster care. Though the importance of schooling was given as the reason for his apprehension, in the province's care, he only achieved a grade six education. He was first arrested as a teenager, which is unsurprising. Interacting with the criminal justice system is twice as likely for foster kids as other youth, which is particularly upsetting since black and Indigenous children are also overrepresented in the system throughout Canada.

"Once in state care, instead of mediating issues, black children see police called in for typical conflict situations," says Robyn Maynard, author of Policing Black Lives: State Violence in Canada from Slavery to the Present. She says that normal stuff that other adolescents get parental guidance on – like being intoxicated, or petty theft – become a reason black foster children interact with police.

On Twitter, social work professor Idil Abdillahi used the hashtag #PoliceAsParent to discuss Mr. Abdi's case and the care-to-prison pipeline. "A young person is late for curfew – call the police. A young person doesn't do chores – call the police," wrote Ms. Abdillahi, who works at Ryerson University."The police were his co-parents, how could he not have involvement with them?"

Her hashtag brought to mind the Toronto police officer who, last August, bought a shirt and tie for a teen caught stealing one before an interview. The teen then got the job. Imagine if Mr. Abdi's state-appointed parents had been loving, not punitive.

Foster children without citizenship are not uncommon. Mr. Abdi's lawyer, Benjamin Perryman, says that Nova Scotia doesn't attempt to make its children Canadian until they turn 18. And since a finding of guilt on a youth criminal charge makes them ineligible for citizenship, convicted children endure a double punishment – first their sentence, then being kicked out of the country that pledged to take care of them.

Mr. Abdi's aunt, Ms. Ali, tried to apply for the children's citizenship when she got her own, but couldn't since she was no longer their legal parent. So, while in prison, 16 years after he got to Canada, Mr. Abdi was deemed inadmissible to the country by the Canadian Border Services Agency, ordered "back" to a place he hasn't been since he was a toddler, one so dangerous Canada advises its citizens not to travel there.

Last fall, a federal court overturned the original deportation order, but another soon followed. On Thursday, a federal judge presided over an emergency hearing to temporarily halt the current order. Mr. Perryman hopes a ruling in his favour will come before Mr. Abdi's Immigration and Refugee Board hearing on March 7.

Otherwise, he's certain to receive an official deportation order, stripping him of his landed immigrant status. That would mean Mr. Abdi won't be allowed to work, a condition of his release: he's currently in a halfway house in Toronto, where his family now lives, but CBSA first put him in solitary confinement, and he might have to return there.

Mr. Perryman is also attempting to launch a full constitutional challenge, arguing that denying Mr. Abdi his citizenship while he was in government care was a violation of his human rights.

That's clearly true, and just one of many ways Canada has mistreated this prodigal son. 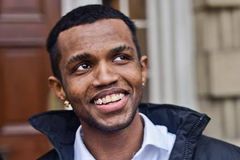 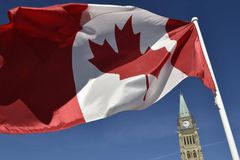