DAVID MCLAUGHLIN
Special to The Globe and Mail
Published November 4, 2014 Updated May 12, 2018

"I now know the difference between a caucus and a cactus," groused U.S. vice-president Lyndon Johnson one day in 1961. "In a cactus, all the pricks are on the outside."

Such might be the perfectly understandable sentiment of Manitoba Premier Greg Selinger as he fended off a revolt yesterday of five of his own cabinet members, who resigned rather than serve under the unpopular premier. On the same day, in Alberta, Wildrose leader Danielle Smith received the unanimous support of her caucus (unanimous because a lone dissident MLA was compelled to resign), allowing her to call off a pending leadership review she had hastily precipitated herself in the wake of four by-election losses.

Different parties, leaders, and provinces with a similar problem – electoral unpopularity – and a common arbiter of political life support – the caucus.

This reassertion of caucus authority is both familiar and unusual.

In fits and starts, democratization of Canada's political parties at the federal and provincial levels emerged in the 1990s and 2000s. The most visible manifestation of this was the principle of leaders being elected by the broad membership of a party, rather than the caucus or delegated conventions. In this guise of grassroots democracy, elected members of the legislature or House of Commons had influence on the choice of leader but no veto or determining vote.

In doing so, political parties actually created two poles of competing authority: caucus and party. But for all the derision tossed their way as simply 'trained seals' in an era of leader-centric politics, caucus has always retained a powerful weapon in its political armamentarium: a withdrawal of support. If caucus says it has no confidence in its leader, than that leader is done.

Its very power, however, makes it a deterrent on its actual use. Best left sheathed because of its inherent volatility and capacity to inflict collateral damage on the caucus and party, it is the nuclear trigger no one wishes to pull for fear of inflicting mutually assured destruction on all participants. As in the cold war, the threat of its use was (mostly) enough to circumscribe aberrant behaviour.

Famous examples exist of leadership changes wrought by an unruly caucus. These include British prime minister Margaret Thatcher resigning in 1990, Canadian Alliance leader Stockwell Day giving way in 2001 after a sizeable number of his caucus quit to form a rump party. More recently, British Columbia premier Gordon Campbell shedded caucus support as his own public popularity plummeted in the wake of bringing in an HST increase in 2010, while former Alberta premier Alison Redford was forced out as her caucus support splintered earlier this year. Even Progressive Conservative party leader Joe Clark had to call a leadership convention in 1983 that he would lose, despite winning a leadership review vote, but facing likely ongoing caucus dissent in its aftermath.

The narrative of caucus emasculation is most pronounced at the federal level. A well-meaning but ultimately feeble attempt by Conservative backbencher Michael Chong to codify a formal role for caucus in supporting its leader in Parliament simply reinforces this view. If you need a rule to show you are in charge, you probably are not really in charge.

But they are. It all depends on how and when that power is wielded. To understand this, it is more useful and accurate to see caucus as complementing rather than competing directly with the party membership.

First, it acts as a barometer of local party opinion on the leader, transmitting readings on the leader's popularity and image (think Selinger or Redford).

Second, it acts as a focus group for leaders in assessing the viability of political or policy proposals that may be brought forward (think Prime Minister Harper and income splitting).

Third, it acts as a shield for the leader, defending him or her from political attacks by opponents in the legislature, media, the public, or its own party (think Danielle Smith and Wildrose).

Together, these roles make a caucus hugely influential in any party and with any leader.

No caucus is absolutely homogenous. They are riven with personal animosities, ambitions, desires, and opinions. But they are bound by a common thread.

No, it is not loyalty to the leader. It is the most honest of all interests: self-interest. In this case, that means getting re-elected.

If that caucus self-interest collides with a leader's version of political self-interest, then that leader will have to make amends. Or depart. 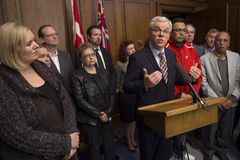 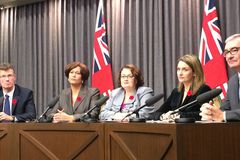 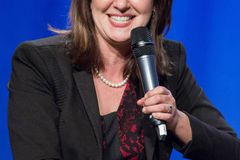