Welcome to the 1960s. The great unravelling, as the cynics have called it, all over again. Back then, racial riots, assassinations, war, political upheaval. Today, racial discord, terror on the streets, poisonous polarization, Brexit, political chaos.

Not here though. In Canada, it's the 1960s in an entirely different optic. None of the rage and tumult. Rather, a new harmony. As we hit 150 years, with our relative unity, peace and prosperity, it's akin to the time of the centennial. Crises elsewhere make us look even better. A haven of stability and hope.

Just like 50 years ago, there's a Camelot North aura brought on by a new-styled leader. On Pierre Trudeau's ascension to power in 1968, The London Spectator wrote, or rather hyperbolized: "It was as if Canada had come of age, as if he himself singlehandedly would catapult the country into the brilliant sunshine of the late 20th century from the stagnant swamp of traditionalism and mediocrity in which Canadian politics had been bogged down for years."

The image-is-everything culture capitalized upon by the first Trudeau is now duplicated in the selfie era by Trudeau II. The record shows he has staged a photo-op for virtually every weekday he has been in power. One a day with the same seeming impact. He's a celebrity at home and abroad. There's a new vitality in the land. Canada is depicted as a trailblazer.

With Pierre Trudeau, we were invited to stop and smell the roses. We didn't stop for very long. The new spirit soon faded. In the 1972 election, the Liberals were defeated in every province except Quebec, where their sweep allowed them to escape with a tiny minority government. The country then entered into a long period of economic stresses and of searing unity confrontations with Quebec.

A half century on, there's a second opportunity with the second Trudeau and the new era being ushered in.

New era? The Canadian advantage is not just in avoiding the fracturing in the United States, Britain and elsewhere. Rather, we've crossed a threshold. With this government we finally have given the boot to the baby boom generation, a generation which has dominated Canadian life for four decades.

Today's government is young not just by age but in spirit and, by contrast to the venomous partisanship of its predecessor, attitude. The United States is about to elect a president who will be 69 (Hillary Clinton) or 70 (Donald Trump). Britain's soon-to-be new leader, Theresa May, is turning 60. In neither country will the thinking at the top be at one with the mindset of the new generational wave.

The well-aged political leaders, particularly those on the right, sustained much of their support from old whites or those with old white attitudes. They mock Justin Trudeau for an alleged lack of substance. The younger generation would tell them about his substance; that it is racial tolerance, that it is gender rights, that it is preserving the planet, that it is social justice for native people, that it is open and fair democracy.

These are his ideals and the ideals that the young coalesce around. Others may be climbing on board as well. A Forum Research Poll published on the weekend showed that if an election were held today, the Liberals would win 278 of 338 seats. This despite some broken promises, despite the plight of commodity prices, despite the pushing off of so many problems for study.

The Liberals of today may have more fortune working for them than they did in the first Trudeau go-round. The unity problems with Quebec and the West have largely abated. In terms of the economy, no one knows what is in store, the fate on that ledger being largely at the whim of global currents beyond government control.

But in the larger run of things, the country – as it was when it turned 100 only to see the advantage slip away – is auspiciously placed. With the new generation, new opportunity abounds.

The Globe’s boomer series: Catch up on all the stories
November 13, 2015 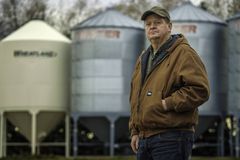 Opinion
The lasting legacy of a dreadful president
July 5, 2016

Opinion
Moderate conservatives are in a quandary
June 28, 2016