Ladies, it's time to take a quiz to ascertain whether you're indulging in risky behaviour. Have you, at any time in the past 12 months:

If so, you might want to ask why you have so recklessly placed yourself in the path of assault/rape/death/sexual blackmail. What were you thinking? Don't you realize that it's safer to stay at home, in a cardboard box, with someone occasionally stuffing crackers through a slot in the front?

Perhaps, when it comes to issues of aggression toward women, we are asking the wrong questions. Or, should I say, we are asking questions of the wrong people. Women already have enough to do, what with the running and ducking and fending off and being dragged away, unconscious. Let's look at some recent examples:

Why didn't she leave? Reeva Steenkamp was killed by her boyfriend, Oscar Pistorius, who shot her multiple times through a bathroom door in the middle of the night. Why didn't she leave him when she realized he was a jealous control freak who was fixated on guns? "I'm scared of you sometimes, of how you snap at me," Ms. Steenkamp wrote to him in a text that was read along during his murder trial. (He was cleared of murder, but found guilty of culpable homicide.)

A better question might be: Why was a jealous control freak allowed to possess guns, despite having previously fired one in a crowded restaurant? Or this question: Could Ms. Steenkamp have made a difference if she'd been allowed to live, and pursue her dream of working with abused women in a country where such violence is out of control? The answer to that one, unfortunately, is lost forever.

Why does she stay? Everyone seems to have an opinion on what, exactly, Janay Rice's living arrangements should entail. Against her will, Ms. Rice just became the most famous current embodiment of domestic violence, when video emerged of her being knocked out cold in an elevator by her future husband, Baltimore Ravens star Ray Rice. Despite asking for privacy, Ms. Rice's life is now open for scrutiny, with any number of sideline analysts wanting to know why she hasn't left her abuser. In the wake of the video's release, a powerful hashtag appeared, #whyIstayed, in which women told of the complicated reasons why they could not, or chose not to, leave their violent partners.

Few questions were asked about why these men are violent at all. Instead of aiming the lens at Ms. Rice, how about asking Mr. Rice why he punched the woman he was about to marry, the mother of his child? How does he justify that? What has he learned from it? What would he say to other men who are filled with rage they can't or won't control? On Twitter, NPR host Michel Martin suggested that the hashtag #whyIstayed should be accompanied by another one, #whyIhit.

Why is she such a slut? When private, nude photographs taken by female celebrities were stolen electronically and posted on the Internet, there was an odd reaction. Some people chose not to regard this as a crime, comparable to someone coming in your house and walking off with your photo album, but as a moral failing on the women's part.

"Celebrities, make it harder for hackers to get nude pictures of you from your computer by not putting nude pictures of yourself on your computer," Ricky Gervais tweeted, echoing a chorus of disapproval that seems to have time-travelled from 1860 or so. (I'm just going to assume that none of these finger-waggers have ever looked at nude pictures online.) Nor is the problem restricted to celebrities: So many women have seen intimate photos of themselves posted by bitter ex-lovers that 12 states have enacted legislation against so-called "revenge porn." Instead of asking, "Why the naked pictures, lady?" we might want to ask, "Why the criminal behaviour, creep?"

How many tequilas again? The idea that women who have had a drink are somehow inviting their sexual assaults is old enough to have tottered off with its dusty bottle and died in a corner, and yet curiously it remains alive, vibrant and ready to hijack serious discussion. Last month, the former president of George Washington University, Stephen Trachtenberg, offered this observation in a radio discussion: "Without making the victims responsible for what happens, one of the groups that have to be trained not to drink in excess are women. They need to be in a position to punch the guys in the nose if they misbehave."

This is an oddly common belief, especially among the generation that imagines college students permanently afloat on river of Pabst Blue Ribbon. Once again, the question is misplaced: "Why aren't you sober enough to punch out your rapist?" might be more usefully aimed at a different audience: "Why are you raping in the first place?"

These are difficult questions, I realize. Which is possibly the reason they don't get asked. 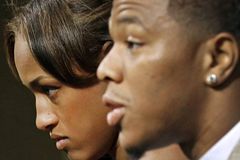 Leah McLaren: Leak of nude photos a sex crime, not a scandal
September 3, 2014 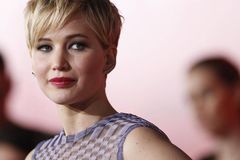