The Quebec College of Physicians is fuming about a key element of the proposed federal legislation on medically assisted dying. Bill C-14 would allow patients to kill themselves at home, without medical supervision, after being given a prescription for the lethal drugs by a doctor or a nurse practitioner.

"The Oregon model is a horror story that we can't tolerate in Quebec," said Yves Robert, secretary of the college. This element, borrowed from Oregon's law on assisted suicide, is dangerous indeed. There is the risk that the patient, or the person helping him, might make a mistake in injecting the drugs, and that death might not come quickly. In Oregon, Dr. Robert said, some people had to be rushed to the hospital after their botched, yet legal, suicide attempt. Another risk is that death-inducing products could circulate freely, there being no guarantee that the drugs would be used by the patient.

Dr. Robert believes that this provision would only serve physicians who would rather be spared the macabre role of killing a patient. This element is one of many that run contrary to Quebec's own law on assisted death, which was carefully drafted over many months. The law, which took effect in December, has multiple safeguards. Patients must have an incurable illness and be toward the end of their lives, whereas the federal bill's wording is ambiguous and raises the possibility that the lethal injection could be given to a person who has many years to live.

Quebec's law excludes patients whose only condition is mental illness, while the federal bill stipulates that "physical or psychological suffering" is grounds for euthanasia. The Quebec law doesn't include "serious disability" in the eligible conditions, but the federal bill does. The Quebec law refers to palliative care as a right, while the federal bill doesn't mention this other option. And there's more to come, since the government intends to study even more controversial matters: allowing the procedure for mature minors, or for people suffering from psychiatric troubles or Alzheimer's disease (providing they have signed advanced consent directives).

Not only does Bill C-14 go further than the Quebec law, it is more radical than almost anything elsewhere. Only four countries (Belgium, the Netherlands, Luxembourg and Colombia) allow active euthanasia; five American states and Switzerland allow assisted suicide.

Instead of setting a deadline for legislation on such delicate issues, the Supreme Court of Canada should have allowed the government more time for serious research. For example, it would be interesting for Canadians to know why countries such as France, Britain, Germany or those in Scandinavia outlaw active euthanasia.

Countries that have legislated on end-of-life issues generally allow patients to ask for the cessation of aggressive therapies and allow doctors to practise "passive euthanasia," which is the administration of drugs such as morphine aimed at relieving pain, although this might hasten the patient's death. Passive euthanasia is different from active euthanasia, where the patient is injected with substances whose sole purpose is to kill.

Both Quebec and Ottawa use soft expressions such as "assistance in dying" – a pure euphemism, since this can also refer to palliative care (or even things that can ease a person's agony, such as caresses or loving words). For the public to be well informed, governments should stop using sugar-coated expressions on matters as fundamental as life and death. 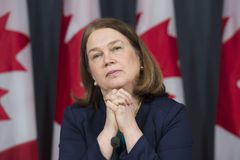