U.S. President Barack Obama has asked Congress for authorization to wage "war" against the Islamic State in Iraq and Syria for up to three years. If the next president wishes it, he or she would have to seek another war-making resolution.

A question therefore arises for Canadians and their Conservative government. Assuming this congressional resolution passes, we will know that the United States will be prepared to wage "war" for up to three more years. Will Canada?

When Prime Minister Stephen Harper told Parliament that Canada would join the coalition of the willing against the Islamic State, he authorized a mission for six months. Canada accordingly sent six planes, special-operations units and trainers. Are these now to be extended for up to three years?

At least Mr. Obama is being somewhat truthful with the American people. The fight against the Islamic State, now being fought largely with air power, will certainly continue for a long time. For how long no one knows, but certainly not for just the six months set out by the Canadian government. Then, as now, it was evident that countries entering this "war" got in for a penny and would be in for a pound.

Evident because although enemies of the Islamic State surround the territory it holds – Iran, Saudi Arabia, Egypt, Jordan, the United Arab Emirates, the ramshackle Iraqi government, Kurdish forces and, of course, Western countries – these enemies have not yet developed a plan for the land campaign needed to dislodge the movement.

For the moment, the land campaign is being waged mostly by Shia militias in Iraq who, when they capture a village, tend to kick out the Sunni population and invite in fellow Shiites. Put another way, these militias' ambitions are hardly consistent with the Western coalition's war aim of somehow restoring the country of Iraq as a unified, albeit federal, state.

What passed for an Iraqi army fled when the Islamic State swept through northern Iraq, leaving their weapons behind and their reputation in tatters. The army's rebuilding is supposed to be under way, but if the past be any guide, the effort will be long and success far from guaranteed.

Mr. Obama, mindful of previous U.S. quagmire missions in Iraq and Afghanistan, pledged not to authorize "long-term, large-scale combat operations." Instead, he said, "local forces, rather than U.S. military forces, should be deployed to conduct such operations."

Indeed, but apart from the Shia militias and the Kurds, where are these "local forces?" If one stretched the meaning of "local" to include neighbouring states, there would be armies aplenty. But would Egypt, Saudi Arabia, Jordan or Turkey send their soldiers into combat in Iraq and also Syria, where the Islamic State has dug in?

We have heard these cautionary notes before, when the United States and its allies have entered such conflicts. The objectives and commitments were to be limited – toppling Saddam Hussein in Iraq, ousting the Taliban from Afghanistan – but it just didn't work out that way. The quicksands of local rivalries and the fecklessness of new, local governments produced new uncertainties and fresh violence. Also, the U.S. "liberators" were greeted with frustratingly ambivalent welcomes.

There is next to nothing that the West can do to make Kurds, Sunnis and Shiites want to live together in the state of Iraq, let alone to want to fight and die together as a unified army. As for Syria, its cauldron of religious rivalries, tribal hatreds and feuding militias has defeated, and will continue to defeat, any attempt to put Humpty Dumpty back together again.

It is at least possible that the century-old map of the region, crafted by Western powers after the First World War and held together by local dictators and kings ever since, is yielding to a more fractured landscape where tribal and religious affiliations count for more than existing international borders.

The "war" against the Islamic State will eventually be sort of won, but it will likely not fundamentally reverse this fracturing. 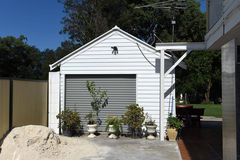