Michael Bell is adjunct professor of political science at the University of Windsor, and also teaches at Carleton University. He served as Canada's ambassador to Jordan, Egypt and Israel.

We are today eyewitness to butchery unseen in the Arab world in living memory. We are witness to the dramatic rise of the organization known as ISIS, ISIL and more recently as the Islamic State, an outgrowth of al-Qaeda equipped with a still more extreme commitment and zeal, determined to create a regionwide Caliphate based on a perverse interpretation of Islam.

These militants are devoid of any notion of tolerance toward the other, thus justifying the wholesale slaughter of those who fail to conform to their absolutist beliefs. Hence, for example, the near-obliteration of the Yazidi and Christian communities of Iraq, already staggering under persecution by Islamic radicals. Hence the Islamic State's military success against those whose motivation, as with the Iraqi armed forces, is questionable or whose organization and cohesion are vulnerable, including the moderate opposition in Syria.

The absolutism and intolerance of fundamentalism are inherent in the Islamic State's belief system: Violence is justified, indeed required, to cleanse society in the name of the most holy.

The IS phenomenon has grown and flourished through the turmoil of internecine wars. These were unleashed in Iraq by the U.S. invasion in 2003 under the neo-conservative principles of George W. Bush (supported at the time by Stephen Harper, then in opposition) who appears to have believed he could turn that country into an American Garden of Eden.

In Syria, chaos was induced in 2011 by the noble, but ill-fated, attempt to bring a pluralist and rights-based Arab Spring to that country. The Islamic State is but the most extreme representation of the radical fragmentation that resulted. This terror group now controls large swathes of western and central Iraq and virtually all of eastern Syria. Although conglomerate anti-IS forces seem to have stabilized the war front in parts of Iraq, the group's expansion continues. Islamic State forces last week took partial control of the Tabqa airbase in eastern Syria, the last such facility east of Aleppo still held by the Assad regime.

Sadly, the enthusiasts of neo-conservatism and the Arab Spring were naive and misguided in their expectations. The record is clear: The bulk of Western policy-makers and analysts have been disastrously overambitious in their expectations of "a better world." When they look at the Middle East, concerned outsiders should focus on what, in the cold light of reality, can be achieved. To go beyond that is an indulgence because it legitimizes our own belief system. We have an obligation not to leave matters worse than we found them through ill-thought-out policies and practices.

No matter how well-intended, Western interventions have not proven themselves viable. We have little if any understanding of the loathing and disdain that permeate communities in that tortured region. Given the appalling nature of regimes such as those of Saddam Hussein, we have been faced with a Hobson's choice governed by ethnicity and ideology that yield overriding narratives in their most radical form. This is a zero-sum game. The choice between the old autocracies and the situation today is not one to be envied, more obviously so as the situation continues to deteriorate.

One is left asking whether democratic pluralism is the answer to the problems of the Middle East. The old dictators maintained cohesion, however forced, and predictability, at whatever cost, for their citizenry.

Is there anything we can do at this stage to better the situation? Transformational change is an impossibility. But we do have humanitarian responsibilities to mitigate the worst. The need for relief screams out with, for example, more than one million refugees in small Jordan alone. This means food, housing, health care, education and emigration, where it can be accommodated – a not inconsiderable challenge but in part, at least, achievable.

Humanitarianism goes beyond traditional definitions: Jordan must be underwritten, despite its autocracy, because it cares for so many and its location is so strategic. The front line of Kurdish-controlled northern Iraq must be stabilized and its forces supplied with armaments, weaponry intelligence and air support. Further, to combat the Islamic State in Syria, short of supporting Bashar al-Assad – which is not going to (and should not) happen – efforts must be made to consolidate and arm the moderate, if problematic, opposition, directing them first and, for the present, foremost against the IS.

In other words, the person bearing ultimate responsibility for shaping the Western response to a situation he did not create, U.S. President Barack Obama, is therefore caught in the ultimate Catch-22 : as the dictionary says, "a dilemma from which there is no escape because of mutually conflicting or dependent conditions." 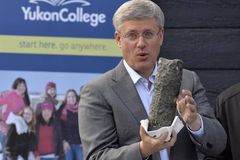 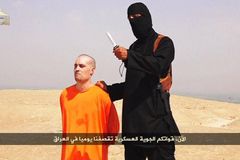