Canada used to have a Middle East policy. Now, it has an Israel policy. The two are not the same.

The Middle East policy, as practised by Liberal and Conservative governments, always defended Israel's security and political legitimacy, since, after all, Canada voted for the creation of the state of Israel at the United Nations.

Previous governments also tried to engage and appreciate other actors in the region – to better understand the complexities of the area; to be, if necessary, an interlocutor between Israel and its neighbours, appreciating that Canada's influence was always very limited; and to pursue such economic opportunities as existed.

Canada's Mideast policy, writ simple, was based on trying to contribute constructively to regional stability, humanitarian assistance and economic interests, all legitimate foundations for foreign policy.

Canada did so because it recognized, as most of the world does (and as previous Israeli governments did), that a negotiated settlement with the Palestinian Authority was the best path to some kind of long-term peace. In recent years, an opportunity was missed by Benjamin Netanyahu's government, which never seriously contemplated negotiations with the most moderate (and duly elected) Palestinian government the West Bank had ever seen. And it was equally unfortunate that the Palestinian Authority sometimes made inflammatory statements and extravagant demands, although these come with the territory of prenegotiation periods.

Now, however, Canada has only an Israel policy. The Harper government has plucked one element from previous policy – the well-founded defence of Israel's security and legitimacy against those who question or threaten both – to trump all the other elements. As a result, Canada has traded a policy of outreach and balance (which previous Israeli governments appreciated) for one of being an echo chamber for the Netanyahu government.

Stephen Harper and Foreign Affairs Minister John Baird are quick to denounce every action of the Palestinian Authority, and to wag Canada's finger at it. But when Israel announces new settlements on illegally occupied land in the West Bank, and the rest of the Western world (even the U.S.) complains, the Harper government stays mute or issues a statement so milquetoast as to condone Israel's proposed action.

Last week, the UN General Assembly overwhelmingly voted to upgrade the Palestinian Authority's observer status. Canada voted against the motion alongside Israel, the U.S. and a risible list of six countries: Palau, Nauru, the Marshall Islands, Micronesia, the Czech Republic and Panama. Seldom has Israel been more isolated; never has Canada been more marginalized. The Western group of countries with which Canada traditionally associates itself voted for the motion (New Zealand, for example) or abstained (Australia).

On a scale of Palestinian politics, the Abbas government is as moderate as they come. The Netanyahu government, by contrast, is among the least moderate in Israeli history, reflecting shifts in Israeli public opinion. It's about to become even more militant. Israel uses a proportional representation electoral system in which voters choose parties; members near the top of the party lists enter parliament. In the internal Likud elections, the top 20 spots were won by people who disagree with talking to the Palestinians, let alone acknowledging their right to have a state. If elected, it will be to this kind of administration that the Harper government will have tied Canada.

The abandonment of a Mideast policy for an Israel-only one cost Canada dearly in its campaign for a UN Security Council seat. It's a policy that leaves Canada marginalized as never before throughout the region. It's a policy that breaks with how Canada defended Israel from the day it voted for the country's existence in 1948.

Opinion
A mess of Israel’s own making
December 4, 2012 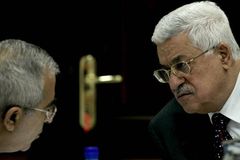 Opinion
In search of a non-violent Palestinian narrative
December 4, 2012