In the war on drugs, a neutral zone is hard to find. The battle over Vancouver's Insite has been a case in point. From the start, the debate has been highly polarized. On one side are those who argue that drug addiction is a disease and that supervised injection sites save lives. On the other side are those who argue that we should be treating addicts, not enabling them. Now that the Supreme Court has put its mighty thumb on the scale, supervised injection sites will probably spread. But don't expect the shouting match to stop.

Mark Kleiman is a veteran of the drug-rhetoric wars. The problem with the drug debate, he says, "is that it's conducted between the disciples of Michel Foucault and the disciples of the Marquis de Sade." Foucault believed that the only crime is punishment. De Sade thought the meaner the punishment, the better.

Mr. Kleiman, a bushy bearded liberal Democrat, is a professor of public policy at UCLA and a leading expert on drug policy. His new book, Drugs and Drug Policy: What Everyone Needs to Know, is an invaluable guide to the facts. He favours harm-reduction programs such as Insite. But he also thinks that people who endorse the disease model of addiction can be just as ideological and simple-minded as the law-and-order crowd. "Some disease proponents ignore the fact that drug abuse is a disorder of the will," he says. "In my view, disease and bad habits are completely consistent descriptions of the same behaviour."

Another truth that harm-reducers play down is that not all the harm of drug abuse accrues to the user. To people in drug-ridden neighbourhoods, the drug user is the guy who stole their television set. The drug user is also the guy who keeps the drug dealers in business.

Harm-reducers maintain that punishing drug abusers won't change their behaviour. Mr. Kleiman disagrees. You really can change behaviour through sanctions, he says. You just have to have the right ones.

A case in point is the HOPE program in Hawaii. It was devised by an innovative judge to control hard-drug use in the criminally active population. The problem was that the probation system was inconsistent and chaotic. Probationers got away with using illegal drugs, until they were eventually sentenced to another lengthy stint in jail. The judge figured there must be a better way. "You wouldn't raise a child that way," he reasoned. "You wouldn't train a puppy that way. You'd establish clear rules and have immediate consequences for breaking them."

The HOPE program – which is aimed at the worst repeat offenders – delivers swift and certain (but not severe) punishment for parole violations. Participants are subjected to frequent random drug tests. Anyone caught using, or who skips the test, immediately goes back to jail for a few days. The focus isn't on treatment – it's on compliance. The results have been remarkable. The certain prospect of a few days behind bars makes probationers behave. Drug use has plunged, and so has the rate of re-offence. "I hated HOPE at first because I couldn't stay clean," one participant told Honolulu magazine. But now she's convinced it saved her life.

"This is a remarkable form of drug treatment," says Mr. Kleiman. "You reduce crime, shrink the drug market, and save people's lives." He says the next step is to try out HOPE-style programs in as many jurisdictions as possible. The U.S. government is already sponsoring several.

Mark Kleiman's views on drug strategy displease people on both sides of the drug wars. He believes hard drugs such as heroin, cocaine and methamphetamines should remain illegal. Cannabis for personal use should be allowed, but commercial distribution should also remain illegal. It's worth noting that many of the people who back Insite are closet (or not-so-closet) legalizers. But if you're among those who think legalization is the answer, check out his arguments against it: "Sometimes I think that the legalizers and the drug warriors have a secret arms-control treaty, in which each side renounces the use of factually and logically sound arguments."

The biggest problem with the battle over Insite is that it sucked all the air out of the room. But drug policy is too important to be left to ideologues. Time to get on with more creative thinking. 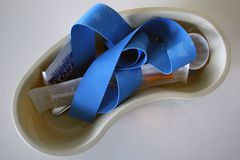 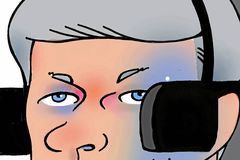 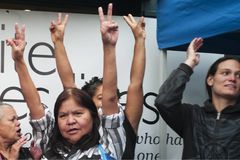 Insite’s unlikely father: Philip Owen, conservative Vancouver mayor
September 30, 2011
Follow us on Twitter @globedebate Opens in a new window
Report an error Editorial code of conduct
Due to technical reasons, we have temporarily removed commenting from our articles. We hope to have this fixed soon. Thank you for your patience. If you are looking to give feedback on our new site, please send it along to feedback@globeandmail.com. If you want to write a letter to the editor, please forward to letters@globeandmail.com.
Comments