A beautiful child and a remarkable photograph on Thursday's front page (Militants' Siege On Mt. Sinjar Over, U.S. Says – Aug. 14), almost hauntingly so. I keep thinking of children and women who were buried alive by fanatics and Yazidi women who have been sold into sex slavery.

Sunnis and Shiites have been fighting each other for centuries and will likely continue doing so. But who has been harmed or persecuted by Yazidis? Let us open our doors and fast-track any of this persecuted and now homeless minority.

On the face of it, Canadians swearing allegiance to a citizen of another country (Oath To The Queen Upheld On Appeal – Aug. 14) is ludicrous – perhaps even traitorous. We should stop doing it, if we weren't such political wimps.

The question that needs to be answered is: Is a democratic constitutional monarchy the best form of government for Canada? If after serious debate, the answer is yes, then we need to agree on the best way to chose a monarch who is or will become a citizen. Terms of reign, succession etc. are details best left for sensible people to establish.

If Canada doesn't constitutionally have the monarchy, then would Stephen Harper's face be on all our coins? God save the Queen!

I was pleased to see that the requirement that new Canadian citizens swear an oath to the Queen was upheld on appeal. Wanting to become a Canadian citizen without swearing an oath to the Queen is like wanting to join a club without paying the membership fee, and bringing a court action to avoid the necessity of the oath, when you are not a citizen, is like trying to change the rules of a club before you even join it.

A correction is needed to ensure that your audience has the right information about religious education and exemptions in Catholic schools (Religion Should Be An Elective Course – Aug. 13).

Section 42(13) of the Education Act sets out the relevant exemption for programs or courses of study in religious education. The exemption applies only to students, as defined under the Education Act, who "are qualified to be resident pupils in respect of a secondary school operated by a public board who attend a secondary school operated by a Roman Catholic Board."

The provisions in the Education Act permitting exemption from programs or courses of study in religious education were put in place after 1984, when the province decided to extend public funding to Catholic high schools. The exemption was not intended to apply to all students, but only those students who qualified for exemption.

We take seriously our role in contributing to the formation of responsible, well-rounded citizens.

Why would a parent send their child to a Catholic school if they object to religion being part of the curriculum? Is it possibly because that school environment is reflecting and promoting life values such as respect, discipline, compassion and integrity, which are disappearing from our society in our pursuit of the lowest common denominator of personal responsibility?

I once lived in a remote town in the Himalayas where there was a convent school run by international nuns. It was attended by girls from all over India, from all religions and races. A convent education was considered an asset for young women.

I asked one day how they managed the Catholic instruction, to which they replied: We just do what the nuns tell us and when we go home, we practise our own religion.

A measure of the importance given to the Miracle Mile run at the Empire Games in Vancouver (The Miracle in Vancouver – Sports, Aug. 14) was that Rich Ferguson was awarded the 1954 Lionel Conacher Award as Canada's male athlete of the year basically just for the feat of finishing third behind Roger Bannister and John Landy.

I read with interest Monday's article about the travelling Museum of AIDS in Africa (Remembrance Of A Pandemic Almost Past – Life and Arts, Aug. 11).

Nowhere in the article does the word "gay" appear. AIDS is now known to affect all men and women, but even in Africa, gay and bisexual men still make up a major proportion of those affected.

André Picard reports that the museum "hopes to become a bricks-and-mortar institution, likely in Johannesburg or Durban." South Africa's constitution is one of a small number in the world that includes protection for the rights of gay and lesbian people. It is to be hoped that, when the museum is built, it may contain reference to all communities that have been affected, including the gay community. Perhaps then, too, the gay community in the rest of Africa may begin to gain tolerance and respect.

It's correct that Robin Williams's death has given a voice to individuals experiencing mental illness (Williams Gives Voice To A Silent Killer – Aug. 13). But mental illness is a public-health crisis, and while it's positive that we are talking more about it, there's much more to be done.

It's a tragedy that it takes a dramatic event such as the suicide of a public figure to prompt the conversation we need to have. People must recognize that depression, bipolar disorder and other mental illnesses can be treated. There are millions of people in the same pain Mr. Williams must have felt in his final days – and resources that can help them. To learn about what's available in your area, please visit http://camimh.ca/.

Pronunciations and mispronunciations (Poor William – letters, Aug. 13) – it's more complicated when there are two official languages to consider.

I'm reminded of the story about pronouncing hockey star Mario Lemieux's name. In French, he's "le mieux" – the best. In English, he's "le mew" – a can of cat food. 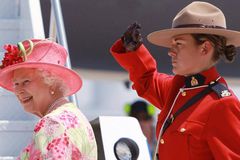 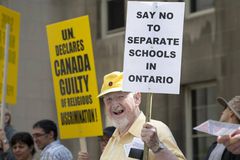 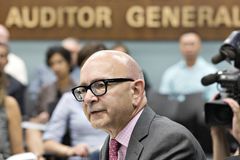