The controversy over Todd Akin's "legitimate rape" comments (A 'Legitimate' Problem For Republicans – Aug. 21) further highlights the pitfalls and shortcomings inherent in a highly polarized, two-party political system. It's quite possible that the only alternative for voters in such a system may be a candidate whose views range from ignorant and unpalatable to downright extreme. I appreciate that we still enjoy the benefit of true choice in our own current democracy.

It continually amazes me how some words just come out as if they had a life of their own. Todd Akin seems to have more than his fair share of "misspokes" just itching to get wheeled out. We all know that legitimate politicians have ways to protect themselves from saying foolish things. Thinking helps! Keeping silent also works on occasion.

In my fondest dream, Condoleezza Rice and Darla Moore would have declined the opportunity to play golf with the big dogs at Augusta National (Final Barrier Falls At Augusta – Aug. 21) until women are provided full reproductive choice, free from the idiocy and misogyny perpetrated by Todd Akin and his ilk.

Augusta National is finally up to par with everyone else. The club has put its nasty bogey behind it and admitted two birds. (Although really, they seem like eagles to me.)

Jewish theologian Marc Ellis talks about the "tacit contract" that arose between Jews and Christians after 1945. Stated from the Jewish side, it says this: "Don't talk to us about the Palestinians and we won't talk to you about the Holocaust." This contract, he says, has now completely broken down. Jewish Israelis of conscience, together with Christians and Muslims, are no longer willing to have the Holocaust trivialized for political purposes and used as a distraction from the Israeli occupation of the West Bank.

That is what the United Church's boycott is about, not Christians wanting to harm Jews. To end the conflict, end the occupation.

Nevertheless, and perhaps therefore, the church has built its Israel-Palestine policy in an attempt to bear faithful witness to the prophetic tradition of our Jewish siblings in the faith. If it were not for the awareness of our anti-Semitic history, we would not be longing for justice both in our relationships with our Jewish siblings and with Palestinians undergoing oppression.

Clifford Orwin's article (Don't Teach Until You See The Whites Of Their Eyes – Aug. 18) should be compulsory reading for all educational administrators and policy-makers tempted by the economies of distance learning. Providing access to information is not the same thing as teaching. Personal engagement is required.

When, in a virtual classroom does the instructor get to see the shy, diffident student sitting in the corner simply taking down notes or the over-confident, loud one taking centre stage in all discussions? Also, where is the opportunity to understand a student's individual family or cultural circumstances in an online classroom? Isn't that the role of the educator – to be there for everyone?

With tuition costs going through the roof and relief nowhere in sight, university education online for free is going to be the wave of the future. Prof. Orwin and his kind might end up having to retool their resume and look for another job, because soon only the offspring of the 1 per cent are going to be able to afford his classes.

A central concern about mink farming is the ultimate cruelty bestowed on the millions of animals bred and killed each year for their coats. What is also interesting is that these minks are sold not in Canada but in Asia, where animal protection legislation is woefully inadequate.

In Canada, wearing fur is frowned upon by many, but it seems acceptable to breed animals and sell the fur elsewhere. Minks were described as smelly, noisy, violent and attracting flies – but they are sentient beings deserving to live lives free of cruelty and possess that right simply because they exist.

Okay, we get it, Kathryn Borel is a humour writer (Cancer-Free Baby Shampoo? Sure, But No Rush Or Anything – Focus, Aug. 18). And, while the employees of Johnson & Johnson enjoy a good joke, when it comes to the safety of our products, and the peace of mind of our consumers, we couldn't be more serious.

We're proud to be the first major company in the industry to publicly commit to remove certain ingredients from our products. We decided to take the unprecedented step of removing or reducing ingredients that, at their present levels, are safe by scientific standards and considered safe by key regulators around the world, including the European Union, the United States and Health Canada.

In fact, over decades and through billions of uses, these ingredients are some of the most thoroughly studied, well regulated and mildest in use today. However, in listening to consumers, we've come to realize that sometimes safety alone isn't enough. They want peace of mind.

So, Winston Churchill was fond of pigs because he thought they "treat us as equals" (Raised, Braised – letters, Aug. 21).

While there is some truth (and charm) to this, I would advise readers to be wary of any pig that makes such a claim in public. For, as George Orwell once cautioned, it is only a matter of time before it begins to insist – with disastrous results – that while we are indeed all equal, some are more equal than others. 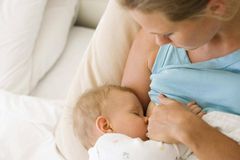 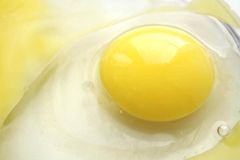 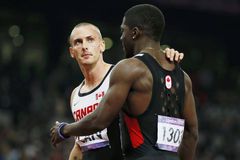