Brenda Belak is a Vancouver-based lawyer who campaigns for sex workers' rights with the Pivot Legal Society. Kim Mackenzie is a policy analyst, at SWAN, the Supporting Women's Alternatives Network

We connect with our new client, Li (not her real name). Her online ad describes her as "young" and "new in town," a 19-year-old ready to "give you what you please." Our outreach worker builds a trusting relationship with her through online messages and chat apps. When we eventually meet her in person, we find that she is twice her advertised age. On the Internet, not everything is as it appears.

For 13 years, we at SWAN Vancouver Society have been supporting migrant and immigrant women who do sex work in Metro Vancouver. Through our online outreach program, we have offered support to more than 1,500 women who use the Internet to conduct their business. We support more than 200 of these women by providing harm-reduction supplies, connecting them with community services, and/or accompanying them to health, legal and immigration appointments.

We support women who are assumed in the dominant public discourse to be victims of sex trafficking. Despite the preponderance of ads advertising sexual services of 20-somethings, the average age of the women we support is 40.

Over the past few years, there has been a war against online classified-ad websites such as Backpage that carry sex workers' ads. While this war started in the United States, it has crept across the border to Canada as the discourse around sex trafficking has intensified. But one perspective is consistently missing: that of the sex worker exercising agency and using the Internet as a safety tool.

Why does this matter? Li and many women like her use online classifieds to screen clients. This relatively inexpensive form of advertising allows them to work for themselves, define the parameters of their own business and work indoors, which research shows is much safer for them than the street. It provides greater control over their working conditions.

In Canada, more than ever, adult consensual sex work is conflated with sex trafficking – by law enforcement, the media, women's organizations, faith-based groups and the public. Organizations like SWAN work hard to prevent trafficking and address it if it occurs, but shutting down sites like Backpage is not the way to do that. Prohibiting advertising pushes sex work further underground, where exploitation is more likely and harder to detect.

Online classified sites have enabled SWAN to connect with women who tend to be isolated due to their newness in the community and the stigma around sex work. Using sites like Backpage, SWAN has become known in the migrant and immigrant sex-work community as a trustworthy support organization giving women a channel to deal with workplace problems.

The Protection of Communities and Exploited Persons Act introduced in 2014 criminalized third-party advertisers like Backpage, although few charges have been laid to date. Shortly after the law came into force, many websites imposed stricter posting criteria for adult-oriented ads, banning the use of sexual terminology. This prevents sex workers from clearly communicating in their ads what services they provide, increasing the risk for misunderstanding and potential violence.

Pivot Legal Society has heard from people across the country that the new law makes sex work more challenging and dangerous. That is bitterly ironic, given that the law was enacted to replace our former prostitution laws, which were declared unconstitutional for putting sex workers' lives at risk in a court challenge known as the Bedford case. In the case – in which Pivot was an intervenor – the Supreme Court of Canada found unequivocally that client screening was among the most crucial safety measures for sex workers. The ban on advertising violates sex workers' rights to personal security and freedom of expression. Canada does not need legislation that inhibits communication between sex workers and their clients and impedes sex workers from working independently indoors.

We also won't eliminate trafficking through a crack-down on channels like Backpage that allow sex workers like Li to work more safely. Rather than blindly following the U.S.'s lead, Canada needs to take a sober look at the real impacts of anti-trafficking efforts. Law-making and law-enforcement responses to trafficking should be predicated on people's lived experiences, not popular hysteria.

Opinion
We need more than laws to end exploitation of women
February 16, 2016 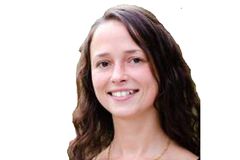 Opinion
Sexual violence: The silent health epidemic
February 6, 2017
Opinion
Turning sex workers into criminals is no solution
September 8, 2015
Follow us on Twitter @globedebate Opens in a new window
Report an error
Due to technical reasons, we have temporarily removed commenting from our articles. We hope to have this fixed soon. Thank you for your patience. If you are looking to give feedback on our new site, please send it along to feedback@globeandmail.com. If you want to write a letter to the editor, please forward to letters@globeandmail.com.
Comments