Like many of his brethren, economist Jock Finlayson thought the balanced-budget legislation that debuted in Canada more than two decades ago was a good idea.

The principle underlying the laws first introduced in this country by the B.C. Social Credit Party in 1991 made sense – in theory, at least. The laws bound provincial politicians to balance their budgets, reduce debt and hold the line on spending. Over the years, British Columbia would be joined by other provinces, each of which tweaked their balanced-budget rules to suit the governing ideology of the day, not to mention the economic times.

"For many reasons, these laws made sense," says Mr. Finlayson, chief policy officer at the Business Council of British Columbia and one of the leading economic forecasters in the country. "But I think the record shows the legislation hasn't really accomplished what it set out to achieve."

Mr. Finlayson didn't just come to this view out of nowhere. He was persuaded, in part, by a study done by two University of Manitoba academics who looked at the value of balanced-budget legislation. Effective Tool or Effectively Hollow? economist Wayne Simpson and political scientist Jared J. Wesley asked in a paper published last year by Canadian Public Policy.

The paper offers a fascinating look at the evolution of balanced-budget legislation in Canada. (Just three provinces – Prince Edward Island, Nova Scotia and Newfoundland and Labrador – don't have some form of these laws.) It's interesting to note, for instance, that in most cases edicts governing deficits and spending were introduced when economic and budgetary conditions were favourable – in other words, when it was easy for governments to square their books.

But balanced-budget laws were also intended to impose fiscal discipline – to act as a drag on expenditures relative to revenue growth – the idea being that surplus funds could be saved for those cyclical downturns that invariably afflict boom-and-bust, resource-based economies like those in the West.

In doing their research, however, the report's authors found quite the opposite. "In every case but British Columbia, expenditure growth has increased after the enactment of BBL [balanced-budget legislation], and in the majority of cases (Alberta, Saskatchewan, Manitoba and New Brunswick) it has outstripped the increase in revenue growth," the report says.

Beyond that, the study found that balanced-budget laws were no match for the Great Recession. Many provinces simply suspended their legislation to allow for deficits. B.C. just balanced its books after four successive deficit budgets but had to sell almost a billion dollars in public assets to do it.

The report's authors conclude that, for the most part, balanced-budget laws in Canada have failed to live up to expectations. "It seems clear that, like any other piece of legislation, BBL is only as strong as the political will and public support underlying it," they say.

For his part, Mr. Finlayson thinks it's time to reconsider the efficacy of these laws. At the provincial level, revenues can be volatile, which makes budget forecasting highly unreliable. If a provincial government is going to be truly bound by its balanced-budget laws, it would have to establish a sizeable fiscal reserve to provide relief in the event of an unexpected deterioration of economic conditions.

Mr. Finlayson believes that for a resource-based economy like B.C.'s, that forecast allowance would have to be about 5 per cent of the budget, slightly more than $2-billion. The allowance in the B.C. budget tabled Tuesday was a quarter of that.

And of course, when an economy suffers a catastrophic shock, such as the financial crisis of 2008, governments need the flexibility to respond, Mr. Finlayson says. In such cases, balanced-budget decrees will be ignored or amended.

"So it's clear that these laws, whatever their symbolic utility, aren't binding," he says.

It's his view that governments should concentrate more on public debt than the accounting of any particular year. It is accumulative debt, not deficits, that the credit-rating agencies worry about. Yet only a modest amount of total taxpayer-supported debt is made up of past deficits. Most of it is from borrowing for capital spending projects.

"This underscores the oddity of focusing so much attention on the annual operating budget – is it in deficit, surplus or balanced? – when the level and change in debt is really the issue," says Mr. Finlayson. "And it's time we started to think about that."

Opinion
In order to live, Detroit may first have to die
February 14, 2013 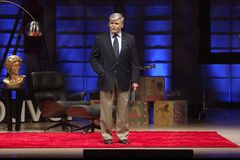