Ambassador Thomas Shannon, a career diplomat, is counsellor of the U.S. Department of State. This is an excerpt from a speech he gave at the World News Media Congress in Washington, D.C., on June 1.

A vibrant, free, and independent press is a staple of any open society. We rely on the curiosity and skepticism of reporters, bloggers, broadcasters, and photographers the world over to uncover the truth, underwrite the public trust, and hold us all to account.

It is a freedom that those who have grown up and worked in open societies can easily take for granted. But today, we don't have that luxury. Today, freedom of the press is purposefully and systematically challenged on every continent.

It is steadily dismantled by governments that fear the free flow of information, block websites, stifle civil society, and deny access to journalists. It is manipulated by authorities who bury the truth in campaigns of falsehoods and fabrications. And it is silenced with deadly precision by those who jail, kidnap, torture, or murder journalists with impunity.

Attacks on journalists anywhere are heinous acts designed to corrode the freedoms on which democracy stands. The past three years have been the most deadly period on record for journalists – especially local reporters. Nearly 80 journalists have been killed covering the Syrian conflict alone.

What is hardest to bear about crimes against journalists is that they strike those whose insights and perspectives we need the most … those who fight to preserve the freedom of expression where it is under greatest threat.

It is no coincidence that those who pervert the truth also tend to place a low premium on the safety of journalists who pursue it. Every day, the Islamic State and its supporters produce as many as 90,000 tweets and social-media posts glorifying violence and calling for susceptible young men and women to become foreign fighters. The United States and counter-IS coalition members are fighting back in the press and on social media, pointing out the reality of what these terrorists are doing to fellow Muslims and anyone else in their way.

Meanwhile, one propaganda machine, in particular – one campaign of disinformation – has pulled the noose around newspapers, television, radio stations, and social media networks so tightly that independent reporting now comes only at great personal risk.

And that is Russia's propaganda machine.

While its egregious siege on the truth is unfortunately not unique, it is having an impact that reaches far beyond its borders. Rooted in the darkest days of a Cold War mentality of mistrust, this government-controlled operation spun into higher gear for a reprehensible purpose – first, to hide the existence of Russian troops in Crimea, and then to deny the truth of Russia's command and control of separatists forces in eastern Ukraine.

We have heard – from Russia's state-owned Channel One – that the United States orchestrated the downing of Malaysian Airlines Flight 17. We've heard that the plane was full of corpses when it left Amsterdam – a plot line, journalist Peter Pomerantsev points out, that is lifted from the BBC TV series Sherlock.

We've heard that anarchists and fascists – not regular citizens – filled the Maidan, and that Russian soldiers in Ukraine are on vacation, or in their retirement. We've heard that American mercenaries are fighting in Donbas, and even seen the supposed proof: a doctored photo of police officers on patrol in New Orleans after Hurricane Katrina.

These government-generated lies would be laughable for their absurdity if not for their prevalence, a bombardment of misinformation that creates a world in which there is no truth and the most egregious lies are accepted as fact.

In this haze of deceit, it is your ability, instinct and skepticism as journalists that helps bring reality back into focus. The good, hard work of investigative journalism has never failed to shake the status quo and galvanize action against injustice and the abuse of power.

It is your job not only to separate fact from fiction, but to reach audiences that don't have the means to discern the difference for themselves. Russian disinformation may be efficient, but it is not impenetrable, and it disintegrates rapidly under the magnifying glass of good journalism.

First organized at a journalism school in Kiev, the myth-busting website StopFake.org has dedicated itself to debunking fabricated news stories and photos. In many cases, StopFake unravels deception by tracing falsehoods to their well-researched and verifiable origins and posting both accounts side-by-side for all to see.

Since the press outfit Meduza launched last October to provide independent, uncensored news for the Russian-speaking world, it has grown to generate more than 2.5 million views every month – with 70 per cent of its audience inside Russia. Built around a mobile application, because that's more difficult to block, Meduza is run out of Latvia by Russian journalists who had to flee Moscow to pursue their profession.

Around the world, journalists, academics, and students are increasingly training their sights on Russia's propaganda machine, drawing on readily available, open-source information to fight fiction with fact, such as videos that track the launch of rockets across the border.

Those who work to lift the shroud of deception are often the greatest threat to those who create and profit off the public's confusion. Although not a journalist, Boris Nemtsov died while tracking the final steps of young Russian military men fighting in Ukraine. And while this is only one of many examples worldwide of the perils of reporting, it reminds us that we all must do more to ensure that both the mission and safety of journalists are safeguarded and supported.

This does not mean producing our own propaganda – spinning our own tales and doctoring our own photos. It means ensuring that citizens have the right to engage in the free exchange of ideas, and journalists have the freedom to seek the truth.

Last month, Lithuania's leadership on the UN Security Council led the council to unanimously adopt an unprecedented resolution that recognizes the role journalists play in protecting civilians and preventing violence from starting – or escalating.

In the United States, we're investing in a generation of new media professionals worldwide through the Edward R. Murrow Program for Journalists. Over the past decade, we have welcomed more than 1,000 international journalists to the United States to examine the essential role that the press plays in fostering a free, vibrant, and democratic society.

At the same time, we're providing assistance to embattled independent media in more than 30 countries. In Afghanistan, our support for press freedom has fostered the growth of nearly 50 Afghan-owned and operated radio stations with millions of listeners across the country. And in Syria, we're working with local partners to support radio stations, TV stations, and a production studio to help provide alternatives to regime-sponsored propaganda.

As free societies, we draw our strength from confronting the truth of our own imperfections – by relying on journalists to hold us to the highest aspirations, even when, especially when, we fall short. This responsibility is a serious one, but not one you have to carry alone. We stand together and rededicate ourselves to protecting not only the freedom of the press but the safety of all with the courage, determination, and compassion to pursue it. 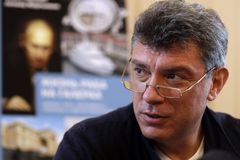 Russia parades for Victory Day while West watches from afar
May 8, 2015
Follow us on Twitter @globedebate Opens in a new window
Report an error
Due to technical reasons, we have temporarily removed commenting from our articles. We hope to have this fixed soon. Thank you for your patience. If you are looking to give feedback on our new site, please send it along to feedback@globeandmail.com. If you want to write a letter to the editor, please forward to letters@globeandmail.com.
Comments