With her victory, Ms. Clark has put to rest all questions about her leadership, at least for the foreseeable future. It is her Liberal Party now, and she has her own mandate.

There is the small matter of getting a seat in the legislature herself, but no doubt someone in a safe Liberal seat will step aside to permit her to run in a by-election.

Curiously, for some one long affiliated with the liberal wing of her free-enterprise coalition, Christy Clark moved her party decidedly to the right in this election.

With her plan to develop B.C.'s natural resources, especially gas, Ms. Clark has aligned her government much more fully with the conservative governments of Alberta and Saskatchewan.

But, in the process, she implicitly repudiated the major legacies of her predecessor Gordon Campbell. Under Mr. Campbell, B.C. became the first jurisdiction in North America to adopt a comprehensive carbon tax.

While Ms. Clark didn't offer to repeal the carbon tax, it's now irrelevant. B.C. will simply not be able to meet its goals for carbon reduction, if the province develops its natural gas industry as she envisions.

Mr. Campbell made a concerted effort, after some initial missteps, to forge a better relationship with First Nations in B.C.

But with her goal to develop B.C.'s natural resource industries, the premier would appear to be on a collision course with First Nations, especially since that the Idle No More movement has proven to be an effective vehicle for Aboriginal voice.

Mr. Campbell also made a point of pursuing cooperative relationships with other governments in the federation. Mr. Campbell, for example, held joint cabinet meetings with Ralph Klein in Alberta.

And Mr. Campbell pushed for a new Trade, Investment and Labour Mobility Agreement (TILMA) with Alberta. TILMA was later expanded to include Saskatchewan and restyled as the New West Partnership Trade Agreement (NWPTA).

Ms. Clark has adopted a more combative approach to intergovernmental relations. It is hard to envision a joint cabinet meeting between Ms. Clark and Alison Redford.

It would also seem that B.C. is headed for some internal turbulence. The government would appear to be facing a structural deficit.

And without the HST or a mandate to raise taxes beyond the moderate tax increases on corporations and high income earners, Ms. Clark will undoubtedly have to cut spending further.

The new Liberal government may thus soon find itself locked in tense stand-off with public sector employees, especially teachers and nurses. The bad old days of labour unrest in B.C. may be just around the corner now.

B.C. has long been known for its sharply polarized politics, and things remain polarized after last night. But it is different now.

In the past, B.C. was divided between right and left. Elections in B.C. were all about a party of the centre-right keeping the socialist hordes at bay.

B.C. politics remains deeply polarized, but along a new axis: the economy and resource development versus the environment.

The Liberals campaigned vigorously on the economy and the B.C. Conservatives were even more favourable to resource development. Their combined share of the vote was 49.2 per cent.

The NDP adopted a moderately pro-environment platform, and the Greens of course are the party of the environment. Their combined share of the vote was 47.5 per cent.

And the Liberal campaign was geared explicitly to appeal to older voters. Ms. Clark's incessant references to the NDP governments of the 1990s couldn't possibly resonate with people under the age of 30 or even 40.

Younger people may well feel quite alienated by the outcome yesterday, especially since the election unfolded alongside the ominous development that global carbon dioxide levels have now reached a critical atmospheric threshold of 400 parts per million.

That's 50 ppm over what climatologists consider to be the margin of safety to avoid the worst consequences of climate change.

But the three western provinces and the Harper government have now put all their chips on the development of natural resources with little concern for climate change and other environmental consequences.

It would thus seem that Canada is destined to remain outside the consensus among other advanced industrial democracies on the issue of climate change for the foreseeable future.

And Canada itself has probably just become a little bit more difficult to govern. With the Liberal victory in B.C., the chasm between the west and the east appears to have deepened considerably.

It will be difficult for any of the federal parties to bridge the new divide between the west and the east, between materialists and post-materialists, in the next election. 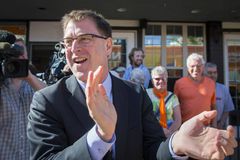 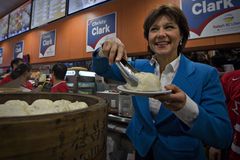 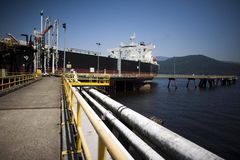