In 30 years of evaluating government climate plans, I have learned to classify them into three categories: somewhat effective, naively ineffective and cynically ineffective. British Columbia's new climate plan fits perfectly into one of these categories. Can you guess which?

Let me help. The thing about effective climate policy is that it is never a political winner. Effective policies would start immediately to reduce carbon dioxide emissions by either pricing these or regulating fuels and technologies. The price can be achieved by a carbon tax, as in B.C. and Alberta, or an emissions cap with tradable permits, as in Ontario and Quebec.

Alternatively, regulations, which dominate in California, would require a growing market share for zero-emission vehicles, furnaces, electricity generation, and industrial equipment. In every case, the stringency of these effective policies must be increasing – a rising carbon tax, a falling emissions cap, tightening regulations. Everything else is bogus.

Which brings us to B.C. Premier Christy Clark and her new climate plan. From 2007 to 2011, her predecessor, Gordon Campbell, led the world in implementing effective climate policies, out-muscling even Arnold Schwarzenegger's efforts in California. He banned the use of coal and natural gas to generate electricity. He implemented a rising carbon tax. He established the legislative framework for an emissions cap, and for tightening regulations on fuels, vehicles, buildings and equipment. He not only set a climate target for 2020, but also interim targets for 2012 and 2016 to enable real-time monitoring of the effectiveness of his efforts.

But when Ms. Clark replaced Mr. Campbell in 2011, one of her first acts was to freeze the tax at its 2012 level. Because of inflation, this means the tax has been declining in real value for the last four years. She also undermined his zero-emission electricity requirement and his emissions cap legislation, and she has done nothing to tighten any of his other regulations. At the same time, she has vigorously promoted expansion of the natural gas industry which, if successful, would dramatically increase emissions. And last year she launched yet another public consultation.

In refusing to serve on her consultative panel, I pointed out that this was the last thing B.C. needed, and that anyone joining the panel was legitimizing a strategy of inaction. In B.C., we already had effective policies, and Ms. Clark would know from her advisers that only by increasing their stringency would emissions fall. But endless public consultation is a convenient way of appearing to care without taking action. And the panel did not help by naively calling for an increase in the carbon tax. This played directly into Ms. Clark's populist posture as defender of overtaxed car and truck drivers, and was unnecessary, as California's smart regulations have proven.

Last week, Ms. Clark finally released her climate policy. Predictably, it perfectly fits the 'cynically ineffective' category. First, there is no immediate tightening of the stringency of any effective policies to achieve emissions targets in say 2020 and 2025. Second, consistent with the cynical category, the plan includes a list of innocuous policies that are known to be ineffective – subsidies to industry to electrify some processes, information programs for consumers, and statements about the government's good intentions. And taking cynicism to a new level, the plan's so-called emissions reductions are dominated by tree planting on lands that are already allocated to forestry, an action that does not decrease emissions in the long run.

If there were an Olympic event for political cynicism on the climate challenge, B.C.'s new climate plan would be a strong contender for the gold medal. 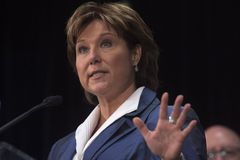