"From the fall of the Taliban to the height of the surge a decade later, the international stabilization mission lacked a coherent strategy. Worse, it lacked strategic thought."

So writes Roland Paris, professor of public and international affairs at the University of Ottawa and a specialist in postconflict situations, about the 12-year war in Afghanistan.

Canada was there from the beginning. It played a variety of roles, from aiding in the banishing of al-Qaeda and the removal of the Taliban from power, to trying to patrol and curb violence in the Pashtun province of Kandahar, to training Afghan troops.

Looking back – it's easier than groping forward – makes clear that none of the North Atlantic Treaty Organization countries, including Canada, fully understood Afghanistan or what they were doing there after al-Qaeda was chased. Prof. Paris, reviewing four recent books on the mission, correctly underscores the "interveners' inadequate understanding and knowledge of Afghan society."

Early on, Canadians were told by their top military leader that they were there to kill "scumbags" and chase evil people from power. Then, mission creep set in. Canada was in Afghanistan to educate girls, rebuild infrastructure, develop democratic government, root out corruption, replace opium with other agricultural activity and generally make Afghanistan a peaceful, stable member of the community of nations.

It was the way to sell the mission to Canadians, and perhaps a way for government officials to sell it to themselves. Today, Transparency International ranks Afghanistan tied with North Korea for second-last in its Corruption Perceptions Index. The poppy crop has never been better. The World Bank's "stability index" shows a decline in stability from 2002 to 2010. And, of course, U.S. troops are being withdrawn, leaving security to Afghanistan's still poorly trained troops and thoroughly corrupt police.

All those graves and broken bodies, all that money and all those foolish, blasted hopes now testify, in part, to the reluctance to intervene in Syria.

As Prof. Paris argues, the lessons of one conflict and its aftermath do not necessarily apply to another situation. He is right in historical fact. Yet the shadows of failure do colour decisions, both in the minds of those who lead democratic societies and those who elect leaders. And the colour in Western societies, including Canada, is currently red – as in, don't go there.

Prime Minister Stephen Harper, speaking recently in New York, correctly explained that few people understand who's who in the Syrian conflict, so complicated are the agendas, factions, backers and objectives. Clearly, President Bashar al-Assad will do just about anything to remain in power, as will his clique of Alawites, who come from Syria's minority Shia community.

The Iranians also want him there to maintain the Shia belt from Iran to southern Lebanon. As do the Russians, despite protestations that they favour a negotiated settlement; Syria gives them access to the Mediterranean and, at least in their own minds, big-power status.

After that, the political and military situation is as murky as the objectives of those who wish the end of the regime. Mr. al-Assad's opponents run the gambit from secular freedom fighters to Sunni jihadists. It is a fair question where arms sent to the opposition forces would actually wind up, and whether their rule would be just as grisly as Mr. al-Assad's.

The Syrian bloodshed suggests a widening gap between Shiites and Sunnis throughout the wider Middle East, both within countries and between them. The national lines on the region's map were put there, after all, to suit the colonial conveniences and ambitions of the British and the French after the First World War. They do not reflect religious, tribal or ancestral territories and, as such, are permeable and hardly immutable.

Maybe if the West had supplied arms to Mr. al-Assad's opponents earlier, things might have turned out differently – maybe. But for now, with no sense of strategy and limited capacity to produce a desirable outcome, Western countries should check their hubris at the door and exercise caution.

Opinion
Russia’s missiles in Syria will change the whole Mideast game
May 31, 2013 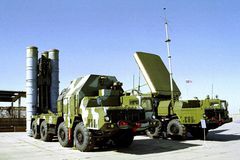 Opinion
Going to school on Syria’s suffering
May 29, 2013 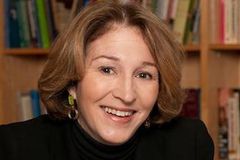