A cursory look at your social-media news feed in the past several weeks may seem to suggest the growing list of celebrities and other high-profile men being taken down by the #MeToo movement.

This movement identifying problematic men within our ranks has been labelled as "travelling at breakneck speed": fast and – literally and metaphorically – furious. The movement's inevitable backlash seems to imagine what's happening as an uninterrogated crusade, a runaway train that cow-catches every man placed before its path: he lost everything in a moment; he was convicted by the court of public opinion; and (of course) but what if the allegations aren't true?

I've been working with sexual-violence survivors since 1998. You need to know that there is nothing breakneck-fast, runaway or uninterrogated about #MeToo or its intentions. Neither is there anything fast, runaway or uninterrogated about the allegations against Mr. Brown or Mr. Hehr. Mr. Brown's incidents took place a decade ago. Allegations about Mr. Hehr reference conduct during his time in the Alberta legislature.

In both cases, neither men were held to account in any way, and for many years. Given the workplace and broader social climate, these women's experiences could only be managed through what Vancouver writer A.H. Reaume calls "a whisper network": these women "imagined their careers and reputations ruined. They stayed quiet."

Women who are sexually harassed know all about the real uninterrogated struggle that awaits, should they dare to name names. The erroneous belief that false allegations of sexual violence are commonplace lurks in the face of any sexual-violence allegation. This mythical belief isn't based on criminal-justice data. Instead, it's based on sexist stereotypes about women, which posit that innocent men are commonly accused of sexual assault and women lie about it to get revenge or for their own benefit. Not surprisingly, some of the Brown and Hehr defenders have piled on exactly here, regurgitating these very notions (Conservative MP Alex Nuttall, for example, called the downfall of Mr. Brown an "inside job," insinuating the women's allegations came to light for ulterior political purposes).

Individual cases such as Jian Ghomeshi or Harvey Weinstein – and systemic ones, such as high rates of sexual assaults categorized by police as unfounded – point to the same pattern: Labelling women who disclose sexual violence "as delusional, vengeful, exploitive, or an attention-seeker" has been the going strategy to diffuse allegations – and relieve questionable men – since time immemorial.

If the #MeToo resistance imagines it's invented the party lines of false allegations and lying women, it's wrong. In fact, it's old hat. False allegations of sexual assault are not a common problem. What is a common social problem is that victims are not believed when they disclose their stories, and offenders go unaccountable. Less than 10 per cent of all sexual assaults are reported, and a minority see convictions. In the eight years that I worked as a counsellor in a sexual-assault centre, I personally saw one conviction out of all the women I accompanied to court.

If our resistance to #Me Too is motivated by a mourning over all that could be lost to men who happen to take a so-called sexual misstep, what about the rest of them, the women? In the midst of Mr. Brown and Mr. Hehr's actions, what opportunities, jobs, dreams were put aside by the women who may have been targeted?

Sexual violence can be best understood in terms of loss. A Justice Canada study found that in one year, sexual violence cost Canadians $4.8-billion: crimes in which the victims, most who are women, "bear the greatest burden of the [financial] impacts, much of it intangible."

"He lost everything in a moment; he was convicted in the court of public opinion; but what if the allegations aren't true?"

Victims of sexual violence are well-versed in this refrain, too: They are well aware of what is on the line should they speak out – including the rhetoric that will be used against them if they choose to do so.

Yes, #MeToo has taken down a lot of powerful men, and we sit with that discomfort. Equally important is the other uncomfortable question: Who was it that got taken down before #MeToo? 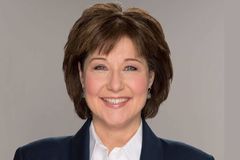 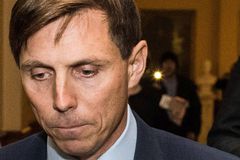 Opinion
There is hope for the Canadian theatre community
January 30, 2018 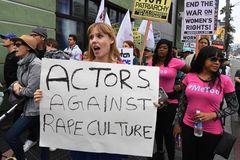