Game, set, match? In the Toronto International Film Festival's latest swing to prove it has the home court advantage when it comes to opening night, organizers announced Monday that the tennis biopic Borg/McEnroe would kick off its 42nd festival, on Sept. 7.

The drama, which will make its world premiere in Toronto, chronicles the clash between abrasive American tennis star John McEnroe (Shia LaBeouf) and Swedish legend Bjorn Borg (Sverrir Gudnason), focusing on the pair's match at the 1980 Wimbledon Championships. The film marks the narrative feature debut for director Janus Metz, best known for his work in shorts, documentaries and an episode of HBO's True Detective.

"Borg/McEnroe has a powerful tension about it that is on par with the electric energy of Toronto on opening night," Piers Handling, director and CEO of TIFF, said in a statement. "The story of this nail-biter matchup changed the sport of tennis forever, and the outstanding performances from LaBeouf and Gudnason will be a spectacular way for festival-goers to kick things off."

The programming announcement comes less than a week after TIFF unveiled its first slate of "Special Presentation" and "Gala" films for this September's festival. For the past two years, TIFF took the opportunity of its opening press conference to also reveal which film would be officially kicking off the festival (in 2016, it was the reboot of The Magnificent Seven; in 2015, it was the Jake Gyllenhaal drama Demolition). In 2014, though, TIFF revealed its opening night film, The Judge, a few days after its lead press conference (even though the Robert Downey Jr. drama had already been unveiled as part of the festival lineup earlier that week).

This year, speculation had been high that Blade Runner 2049, from Canadian director Denis Villeneuve and starring homegrown talent Ryan Gosling, would open TIFF's 2017 edition. When asked on July 25 when the festival would reveal its opening night film, artistic director Cameron Bailey told media that the announcement would come "probably around the middle" of August.

The selection of Borg/McEnroe is an intriguing one. For starters, it will be the second tennis-centric film to play TIFF, and arguably the less high-profile. That is due to the awards heat of Battle of the Sexes, which dramatizes the 1973 tennis match between Billie Jean King (recent Oscar-winner Emma Stone) and Bobby Riggs (Steve Carell). The movie comes from the directing team of Jonathan Dayton and Valerie Faris, who were behind the awards bait Little Miss Sunshine (also starring Carell). As the film is classified by TIFF as an "international premiere" instead of a "world premiere," Battle of the Sexes will likely play the Academy-friendly Telluride Film Festival before heading to Toronto, a few days after Borg/McEnroe's premiere. (A world premiere being defined by TIFF as "the first public screening anywhere in the world," and an international one "the first public screening outside a film's home country.")

Borg/McEnroe is generating its own fair share of industry chatter, though most of it is centring on LaBeouf, who has been in the news for all the right (his stellar performance in last year's TIFF selection American Honey) and wrong (his arrest this month in Georgia for obstruction, disorderly conduct and public drunkenness) reasons.

So, with no massively huge, box-office-friendly celebrity element (such as was the case with the Denzel Washington-led Magnificent Seven, and Downey's The Judge) or obvious Canadian element (unlike Demolition, which was directed by Quebecker Jean-Marc Vallée), Borg/McEnroe will have to trade off the pure excitement of its historical narrative, and the impressive, though relatively untested, chops of Metz. For his part, the director seems game.

"I am extremely honored by TIFF's selection," Metz said in a statement. "We had very high ambitions for this project and have come such a long way together. I'm very excited that we can finally let the film out into the world, and I couldn't dream of a better way of doing this." 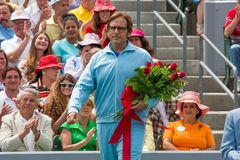 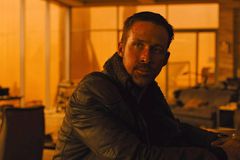