David Stephan was found guilty of failing to provide the necessities of life for his 19-month-old son, Ezekiel.

The toddler died of meningitis in March, 2012 because, as he fell increasingly ill, his parents opted to "treat" him with naturopathic potions and supplements instead of seeking prompt medical help.

Now, that same Mr. Stephan is doing a multicity tour as the featured speaker of Health and Wellness Expos of Canada, lecturing on "Achieving Brain & Thyroid Health."

There are no words to express how sick this is.

When a man whose son died of swelling of the brain because of his negligence has the effrontery to lecture others on brain health, we know that hubris and self-delusion know no bounds.

In 2016, Mr. Stephan was sentenced to four months in prison and his spouse Collet to three months of house arrest; the Alberta couple were also ordered to perform community service, and to have their other children seen by a licensed physician.

They are clearly unrepentant.

The pair have appealed the court ruling, which was upheld by Alberta's top court, and now the case is slated to be heard in the Supreme Court of Canada in May.

Interestingly, the Crown is also appealing, arguing that the sentences doled out to the parents were insufficient.

You can argue that Mr. Stephan has done his time, and is free to do as he pleases. In fact, he hasn't; he's served only 20 days in jail, and is out on bail during the appeal process.

So why would event organizers and sponsors give a platform to a convicted criminal to amplify his controversial – and sometimes deadly – views?

On Sunday, the grocery store chain Sobeys, which was a main sponsor of the "wellness expos" in Saskatoon, Calgary, Winnipeg and Edmonton, said it was withdrawing its support after learning of Mr. Stephan's role.

But Rick Thiessen, the owner of Health and Wellness Expos of Canada, was unapologetic.

He told CBC News in Saskatoon that the events would go ahead and the controversy was actually good for ticket sales.

Mr. Thiessen said he judges vendors by their products, not their personal lives.

"Having seen and looked at all the documentation and had conversations about what happened, it's between them and their god, it's not between me and them," Mr. Thiessen told CBC. "The issue that Dave had in terms of being arrested has nothing to do with his health-care product that he's selling."

On Sunday afternoon, however, Mr. Thiessen confirmed that Mr. Stephan had been removed from the expo lineup. "He's no longer with our company in any way, shape or form."

Also on Sunday afternoon, Mr. Stephan went live on Facebook to say the media outcry about his speaking at the wellness events was due to "pharma-trolls" painting him as a "baby-killer."

He said the "court never found me guilty of killing my son," that his son never died of bacterial meningitis, and his conviction was largely due to a conspiracy between the courts and the media.

The way these expos work is that vendors pay for a spot to promote their products.

Mr. Stephan's family owns Truehope, a supplement company that was controversial long before Ezekiel died. The company sells expensive vitamins and supplements that it claims work better than prescription drugs for the treatment of mental illnesses ranging from depression to schizophrenia.

The bumf promoting the events reads as follows: "Over the past 15 years, David Stephan has worked extensively with Truehope, a research-based organization with a passion for providing individuals with drug-free solutions to overcoming mental illness. During this time, he has been involved in leading-edge discoveries that are astounding research and empowering humanity to live happier, more meaningful lives. As such, David feels it is a privilege and duty to share the knowledge that not only changed his life but allowed 100,000 others to transform their lives as well."

What is astounding is that some people would believe this drivel.

Individuals are free to believe what they want, and to embrace all manner of pseudoscience and conspiracy theories. Adults can refuse blood transfusions, vaccination, cancer treatment, psychiatric care and all other beneficial medical treatments as they see fit.

But what the court ruled is that right does not extend to denying the necessities of life to children.

Much of what is espoused by the wellness movement – take care of yourself, be attuned to your body, think about where your food comes from and so forth – is sensible and healthy.

But there is no small amount of quackery and unscientific doggerel being espoused with the goal of extracting money from people's pockets.

Caveat emptor should be our principal response to the promotion of nonsense.

But surely the belief in the powers of "wellness" should not make one amoral, or extend to embracing someone who is guilty of child neglect. 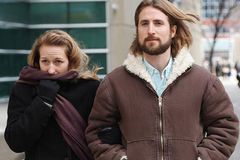 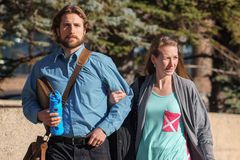 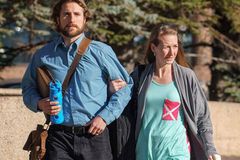