Rina Fraticelli is executive director of Women in View, a national not-for-profit organization dedicated to strengthening gender and cultural diversity in Canadian media, both on screen and behind the scenes

Last month, American actor Natalie Portman spoke to what she saw as a key issue underlying sexual harassment in the film industry: the scarcity of women in most film production roles. As she told a gathering in Los Angeles, "If you do get the opportunity to work, you're often the only woman in the room."

While gender equity alone won't end sexual harassment, Ms. Portman is correct in pointing out that it's a critical step toward transforming the power structure that underpins harassment. She acknowledged that even at her level of success, she can still feel isolated and have her opinions ignored. The situation is much worse, of course, for the vast majority of rank-and-file workers who don't have the freedom, money or celebrity to safely expose their attackers, pursue lawsuits and remain employed.

As California farm workers recently wrote in an open letter to their Hollywood sisters: "Countless farmworker women across our country suffer in silence because of the widespread sexual harassment and assault that they face at work. We do not work under bright stage lights or on the big screen. We work in the shadows of society in isolated fields and packinghouses that are out of sight and out of mind for most people in this country."

As stories of harassment continue to surface here at home, the media industry in Canada is mobilizing. Last week, an unprecedented gathering of more than a dozen groups representing every part of the industry committed to a series of significant initiatives to shift the culture. And on Tuesday Dec. 5, a two-day symposium, organized by actor Mia Kirshner and producer/director Aisling Chin-Yee, and sponsored by The Globe and Mail, will bring together lawyers, activists and industry professionals to pursue practical solutions to sexual abuse in the Canadian industry.

While long-term solutions are being developed, there's something we can, and must do, immediately: establish an ombuds office and safe reporting system for the victims.

Minister of Canadian Heritage Mélanie Joly and the newly appointed head of the Canadian Radio-television and Telecommunications Commission, Ian Scott, have an urgent responsibility to address this crisis by appointing an ombudsperson or creating an office where women (and, in some cases, men) who are being harassed, or worse, in their workplaces can safely, swiftly make a report.

Women need to be able to come forward without being required to take further action. They need access to information about the range of recourse available to them. And as a society we need a way to track the perpetrators in a fair and responsible manner. As an alternative to high-stakes, long-term criminal proceedings, a third-party registry of reports would also constitute an invaluable record of complaints over the long term, distinguishing isolated or questionable incidents from dangerous predatory patterns.

We owe the current level of awareness and mobilization to a few women who, against considerable odds, have had the courage to tell their stories. And as painful and discouraging as these disclosures are to hear, we need to ensure that they continue to be heard and witnessed.

Finally we need to acknowledge the powerful role our media play in shaping culture. We need to change the script – literally and metaphorically – of the stories we tell. Sexual harassment doesn't come out of a vacuum. It's not caused by a few bad apples who need to be rooted out of an otherwise benign system. It's tightly woven into the narratives we create and disseminate so effectively that they become part of the fabric of our lives.

The film and TV industry is the concern of every taxpayer in this country. Screen-based media in 2015-16 generated $20.1-billion in GDP for the Canadian economy, according to the Canadian Media Producers Association. And virtually every production is supported to a greater or lesser degree by Canadian tax dollars.

As journalist Johanna Schneller wrote in these pages just a few days ago, "This pervasive harassment and abuse we are seeing isn't the disease, it's the symptom. The disease is inequality. We want it cured."

So, how do we counter sexual harassment? We hire more women to change the stories we tell about whom and what, as a society, we admire, respect and aspire to. And while we're waiting for parity, we need an arm's-length safe reporting system so the victims of our current culture have a place to tell their stories. 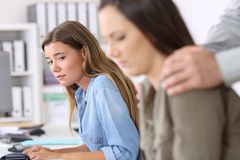 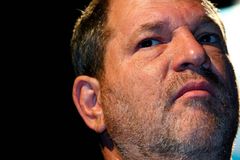 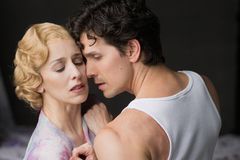